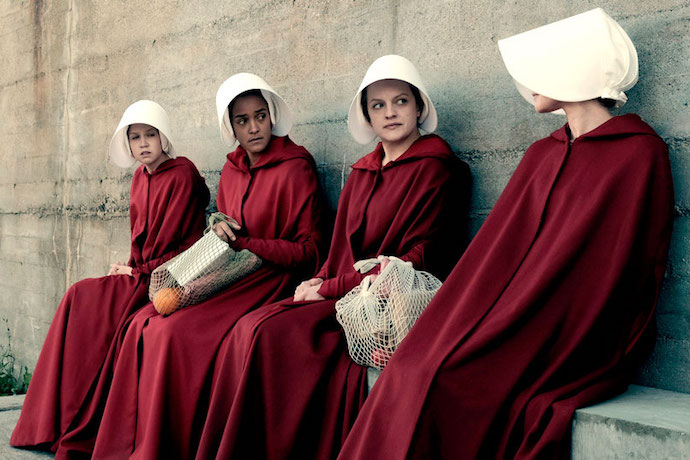 The series that left us shook last year is returning with a season that Elizabeth Moss (Offred) describes as being “even more balls to the wall” than the first.

“There is literally no way that anyone can guess what happens,” Moss also told EW. And after seeing this first trailer we tend to believe her. It includes a lot of crying, some blood, heaps of running, a lil fire and Offred scraping a hammer along a brick wall in a very intense way.

Hulu has given an official synopsis, too: “Shaped by Offred’s pregnancy and her ongoing fight to free her future child from the dystopian horrors of Gilead. ‘Gilead is within you’ is a favourite saying of Aunt Lydia. In Season 2, Offred and all our characters will fight against — or succumb to — this dark truth.”

Along the the trailer we get a release date: April 25. Watch the trailer below and get ready for some juicy rebellion under his eye.