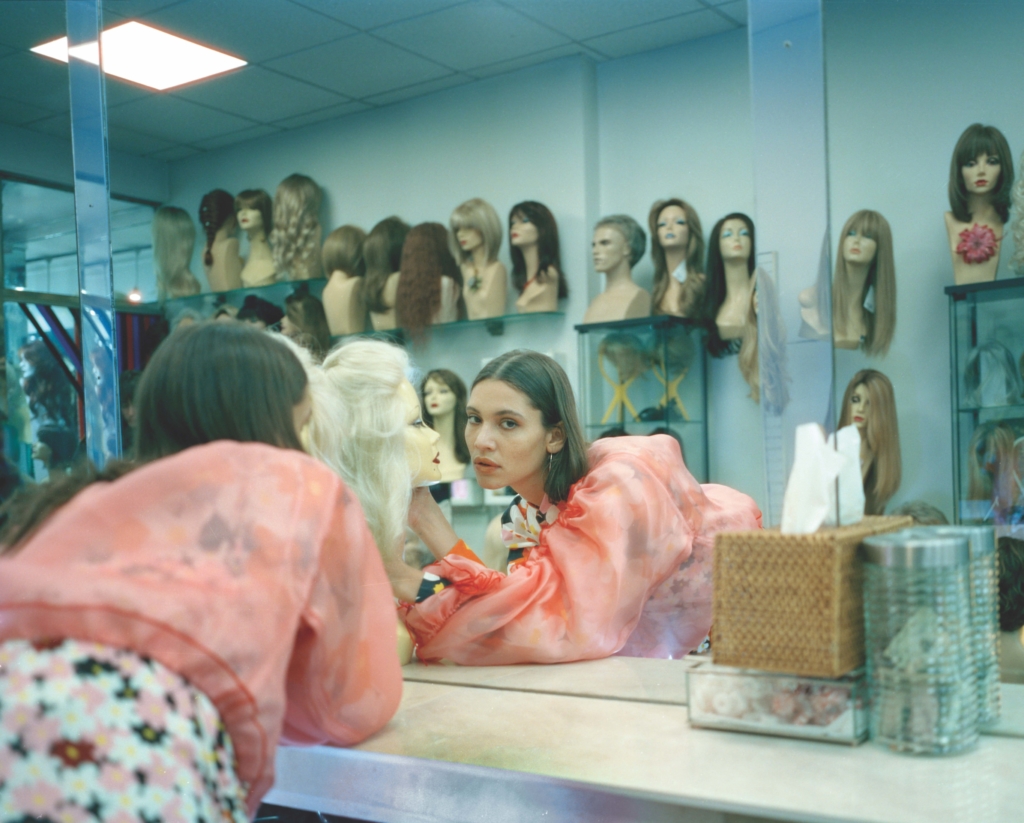 When we first heard from Kaya Wilkins, under her musical moniker Okay Kaya, she was singing about bare knees and clenched teeth, a message from a lover carried on a child’s whisper. Almost three years later — just enough time for a stint in a Joachim Trier film, to feature on King Krule’s The Ooz and to be named ‘girl of the season’ after walking for Balenciaga, Marc Jacobs, J.W. Anderson, Calvin Klein, et al. — she’s back with a debut record and a lead single that makes a trip to Planned Parenthood feel alright. ‘IUD’ is that lead single, a sweet serenade in place of a conversation that might feel tricky for most couples. The accompanying visuals are tender like her vocals, yet distant and slowed, like love’s less pleasurable and more realistic moments can be. Kaya is presenting a certain strangeness that’s prompting a curious wait for her debut. 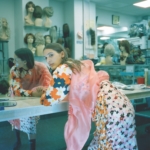 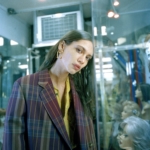 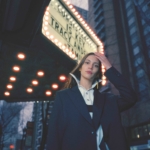 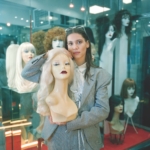 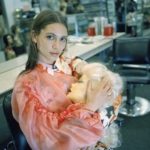 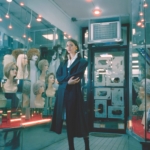 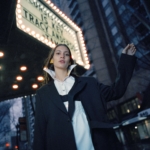 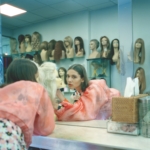 Hayley Morgan: Hey Kaya, how are you feeling right now? Where are you?

You’ve got a new record coming out this year — have you set a date yet? How are we going to see this one roll out?

It’s coming out this spring for sure but first I’m dropping another single. Probably going to roll [it] out self-released, with as many visuals I can provide attached to it.

This comes from a completely different headspace to your 2015 release ‘Clenched Teeth’ — where the focus was perhaps on your lover exposing their truths. This one feels like it’s more about your own message…

Yeah? I guess that is true. In hindsight, I suppose I’ve grown in that time, taking interest in different ways to write songs. I’ve also been through many different headspaces in the past three years. I think the debut record captures some of them.

The first single is a track called ‘IUD,’ I’ve read it described as “a beautiful meditation on not wanting your baby’s baby.” Is that right? Where did this sentiment come from?

I tried to write something funny, catchy and beautiful, out of something as bleak as cutting affordable sexual healthcare in America. But it’s also based on a personal experience. I was asking my boyfriend in bed one evening if he’d be down to come along… and a song was conceived that night.

We’ve not seen so much from you, musically, since ‘Clenched Teeth’. You’ve done a couple of features — most notably with King Krule — what else has been happening?

I’ve been doing all sorts of things. I tried acting for the first time, made music that has nothing to do with the Okay Kaya project, but also recorded the debut album and wrote treatments for videos, took photos… I’ve been figuring out on what terms I want to be an artist in the music world, how I can make what I want to make without compromising…too much. I think I needed to get that in order before releasing new music. 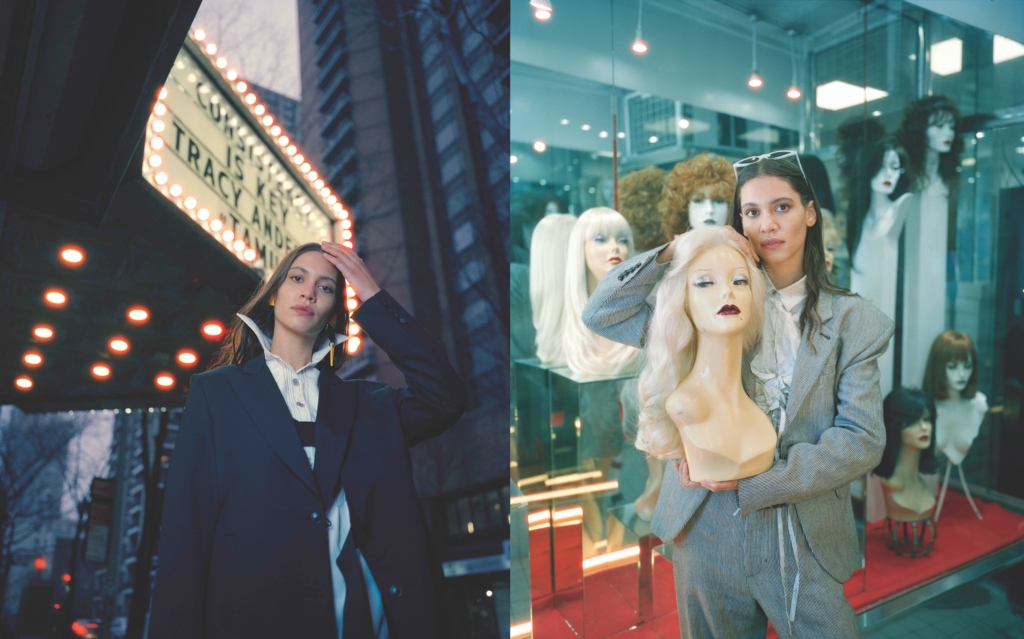 I’m excited to see you acting in Thelma. Can you tell me a bit about landing the role and working with the team?

It was such a great thing to be a part of. While I was on my annual summer holiday in Norway, the casting director got hold of me to audition for Joachim Trier’s latest film. I’m a big fan of his films and was interested to see what auditioning and acting would be like. It was terrifying, but I wanted to face that fear and also wanted to meet Joachim. I kept getting call backs until I’d read the whole script and, after acting alongside Eili Harboe in the audition process, I was completely invested in the story and its characters. I was so happy when I got the part. I learned so much from Eili, Joachim and the rest of the crew.

Was getting into character hard? Do you relate to Anja?

I related to Anja — because I had no experience with acting, I kind of had to. Joachim knew that and spent a lot of time talking about life experiences and applying some of mine to the role. I never went to college and was not well adjusted in school, so that was an interesting thing to try and portray. Anja does something quite awful in the movie out of heartbreak and that took me a while to wrap my head around.

And what’s been happening in your modelling and photography realms?

My modelling agents at The Society have been really fantastic this past year, they’ve got me some cool modelling jobs but I am never not doing music and they are really supportive of that.

With everything that you do, artistically, how do you think you best express yourself?

I think it all comes from the same place for me, and when making things it’s hard to pick one medium. I’ve tried talking about it before as an across the board sensibility without sounding too much like a dick. 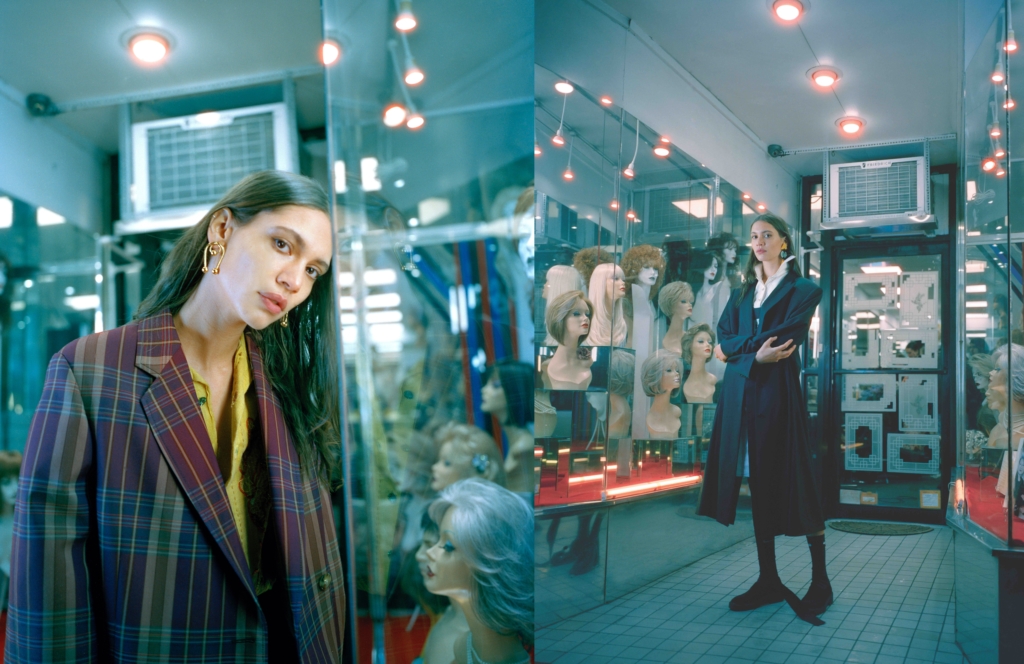 Show me something you love.

And who or what in your life brings out the best in you?

I read that you were never allowed to play in your brother’s black metal band — how does he feel about your music career now?

I don’t remember seriously trying to do so as I do not have the musical skills to perform in a metal band whatsoever! But my brother Sebastian is supportive of my music now, the whole family is. It’s interesting to be the one in the family who expresses themselves in a more ‘usual’ manner. My mother Else is an abstract painter/illustrator, my other brother Adrien is an anarcho-syndicalist/DJ/history teacher and I’m considered ‘pop’ or something?

I don’t hear total pop in your music — the narratives are pretty unique. What are you saying on the new record?

There’s the visual narrative that goes along with some of the songs, exploring trauma as a physical embodiment, a twin that Okay Kaya must drag along by the hair in public. Then in private they’re something like dysfunctional roommates. I wrote a lot of the record trying to get out of my usual cycles — I tried writing exactly how I felt when I was depressed, I’m bouncing between taking the piss out of my own laughable rumination and focusing on the severity of it.

What do you hope the listener goes through when they listen to it front to back?

Hopefully the album will connect with whatever the person is going through at the time, hopefully it will feel like an exercise in vulnerability and hopefully someone will feel less isolated.