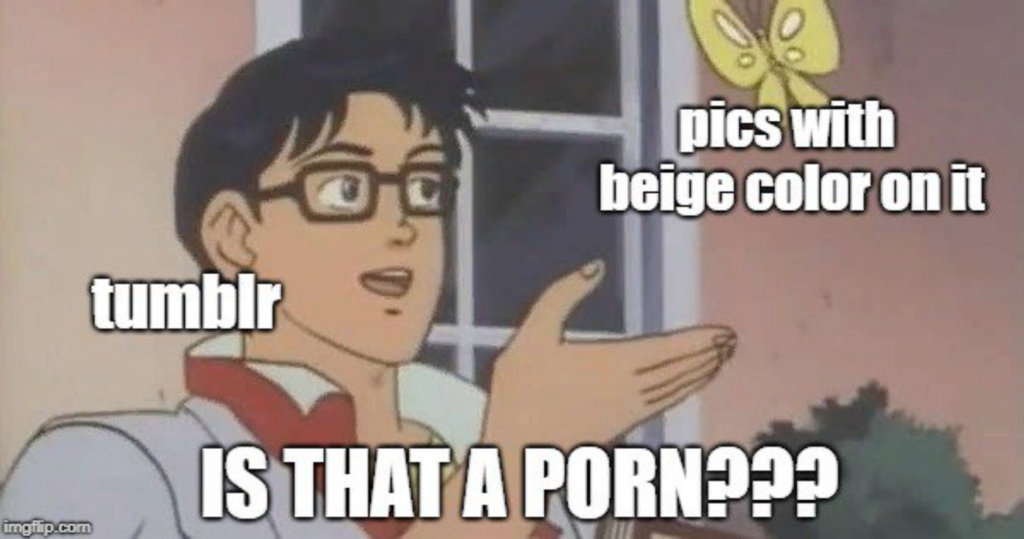 “We spent considerable time weighing the pros and cons of expression in the community that includes adult content. In doing so, it became clear that without this content we have the opportunity to create a place where more people feel comfortable expressing themselves,” Tumblr CEO Jeff D’Onofrio wrote in a blog post.

But, a quick click on #tumblrisdead will prove users aren’t feeling it. And some arguments are completely valid, considering a quick search comparison of “boobs” reveals zero results yet, idk, something actual dangerous like “white pride” yields many. Also, things that aren’t even remotely adult are reportedly being flagged.

WHAT THE FUCK IS FEMALE PRESENTING NIPPLE SUPPOSED TO MEAN? #tumblrisdead pic.twitter.com/7NMpkU2WKp

Tumblr, the site known for it's progressive, sex-positive, and liberal user base just told women that parts of their bodies are obscene and should not be viewed. #tumblrisdead pic.twitter.com/azkBlWUHGq

This is what Tumblr is gonna ban on the 17th December. #tumblr #tumblrisdead #TumblrIsOverParty pic.twitter.com/6eebKROFSL

December 17th is gonna be a sad day for some of you #tumblr #tumblrisdead pic.twitter.com/RvLvrDkBqT