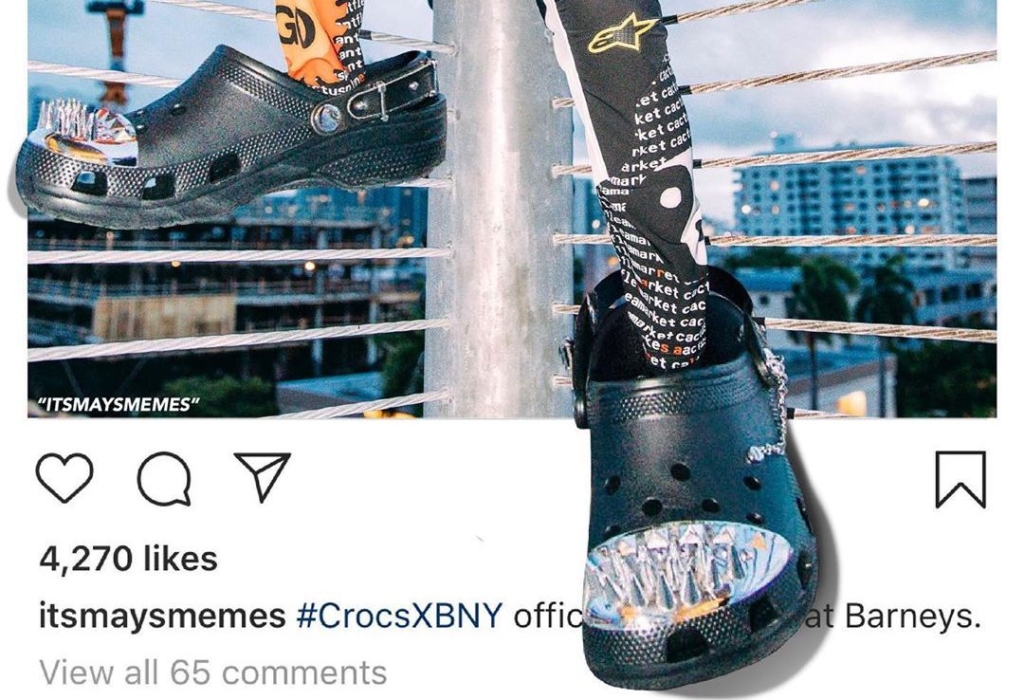 Things suck right now. That’s probably why even Crocs have gone goth. Ever since the ugly shoe became ironically ugly in a fashionable way, everyone has clamoured to put their own stamp on them. From Christopher Kane to Balenciaga, and now, a bunch of goths. As of today, the brand has officially teamed up with Barneys to debut a range that every girl on MySpace would’ve loved in 2005.

The @barneysny x @crocs collaboration is officially available online and in-store. Follow along in our IG stories as we cover tonight’s launch event at our Madison Flagship with hosts, @venusxgg and @isaaclikes_ #BNYxCrocs Editing by: @itsmaysmemes

Featuring five different styles, including black and pink leopard, the goth Crocs are all covered in studs. But what’s a fashionable Croc without some controversy? We saw legions of Christopher Kane fans turn on the brand when they debuted their take on the shoe, and die-hard Demna stans also followed suit. With this new Barneys drop, however, its ultimate goth Croc fans who are pissed. Why? Because apparently goth Crocs have been a thing for awhile, thanks to @garbage_b0y, who sells his spiked creations via Etsy.

As for me, I miss the days when all of us goths had to do was wear black and drawn lyrics on our Converse while listening to The Smiths. MySpace really was a simpler time.