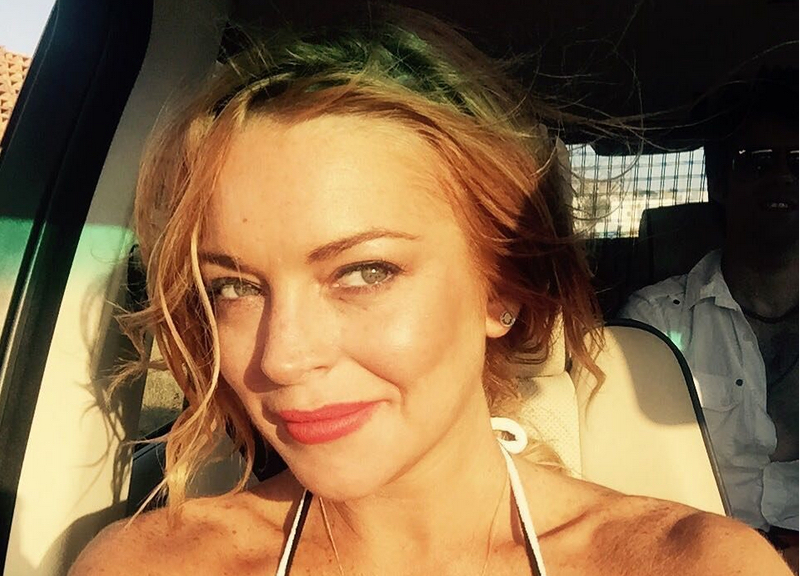 If you’re a fan of Lindsay Lohan (read: if you’re alive), then you know the fiery-haired actress-turned-singer-turned America’s favourite train wreck has had some trouble over the last few years. But all that seemed to change with the opening of her Lohan Beach Club and subsequent MTV show about it — or, at least, I think that’s what the show as about, but from the trailer, it was really hard to tell.

I do have to admit that I eventually watched the show, and frankly, though Lindsay seemed really crazy (she didn’t fire someone because they were wearing a necklace that reminded her of her sister), the club seemed to be doing well. So, I was kind of shocked today when I heard the Mykonos location was closing… or moving? Seems like Lindsay nor I are really sure.

Page Six reported that the club will remain open for the rest of the summer but has cancelled all future reservations, also noting that the club is now “deserted” and the Lohan sign has been “stripped off.” Sad.

Fast forward a few hours and LiLo posted on Instagram to say the club is not closing, just moving. “I prefer my real life to be working with children and being with my family,” she wrote next to a photo of a hot tub. “But the club is moving to other locations in the world, but not just the club, as I’ve stated on The Wendy Williams Show — so chill out Page Six.”

“If you want a true story Page Six travel to #Istanbul and write something real for once,” she continued in a second photo of four anonymous children. “It’s sad you don’t report the rest of the world. Children that need attention which I work with and none of you writers try and help. Families that loose limbs in Syria and you write crap stories about celebs. Start writing the damn truth. I pray for you from today and on. I helped this amazing children while you are writing about lies and nonsense. Write about this. Not lies.”

Fast forward another few hours and Lilo deleted both posts. And while it’s not totally clear how she “helped” those “amazing children” while Page Six was “writing about lies and nonsense,” she’s definitely helped me just by being herself.

Fortunately, MTV already jumped ship from the Beach Club reality show, so at least the execs won’t be scrambling to find ambassadors for one of its many “other locations in the world.” But we’ll still be rooting for you Linds. Do you.