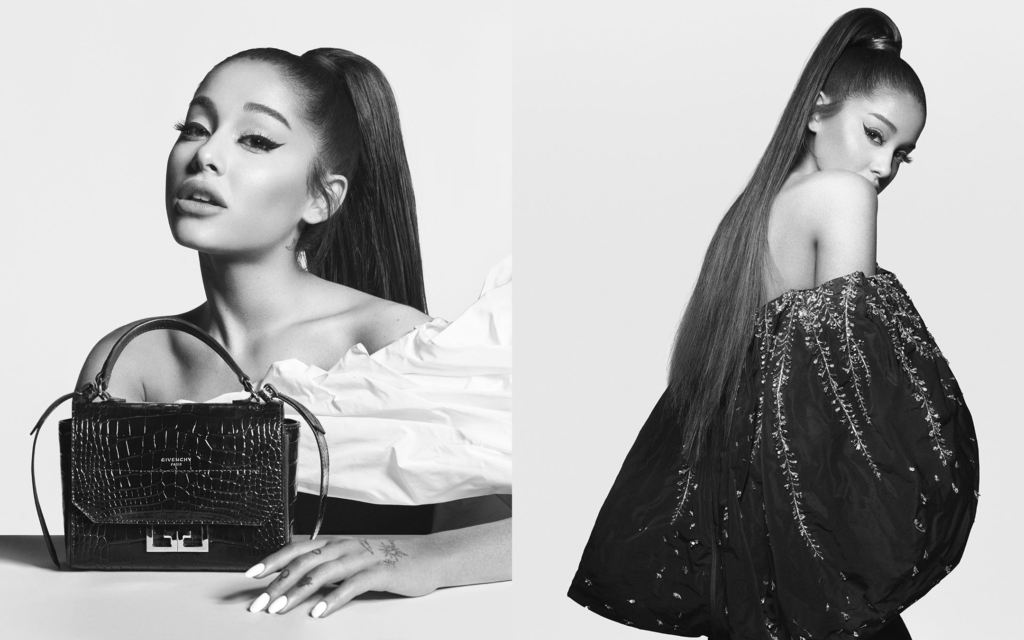 We’ve been reeling ever since we got our first glimpse of Arivenchy and, luckily, Ariana and designer Clare Waight Keller know we need more to quench our thirst. Earlier today, the duo dropped their second visual featuring Grande as the face of the brand. Like the original campaign, the new video is also shot by Craig McDean, showing Ari in the collab’s signature black-and-white, giving us a behind-the-scenes-look at the official campaign.

In the video, though, the singer dances around and makes up a song, before she has to BRB to take a call. Rushing out in her Givenchy, she tells McDean that she’ll be keeping the look, and to forward her the bill. #EverythingGoals.

Images and video courtesy of Givenchy