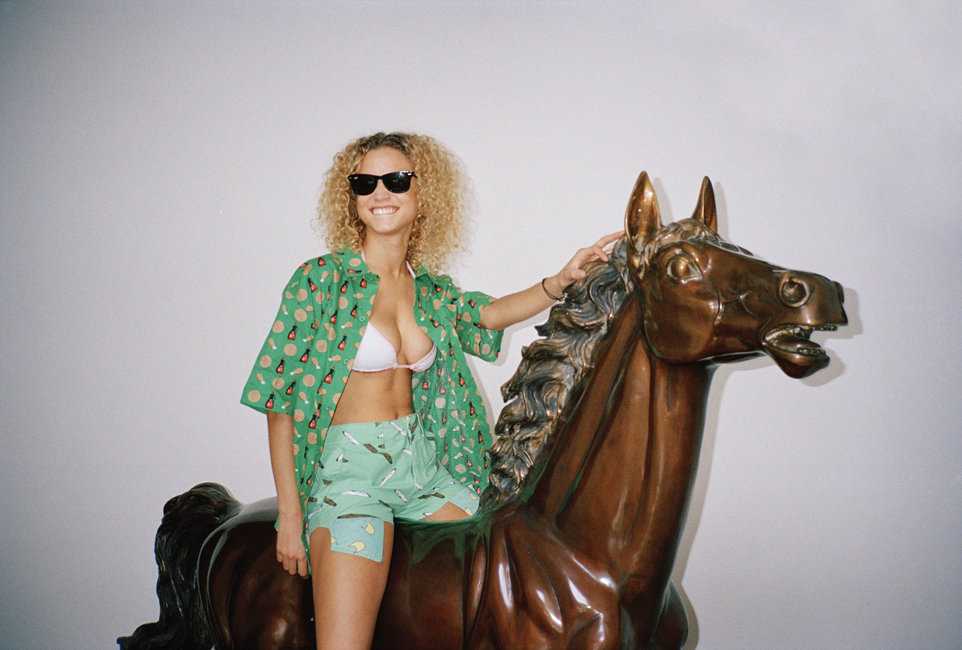 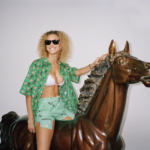 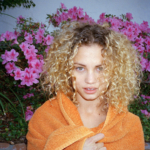 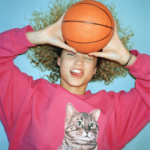 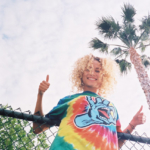 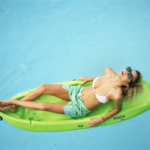 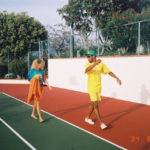 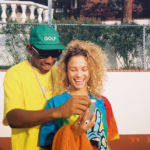 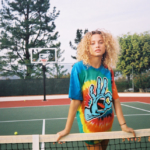 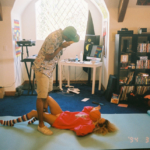 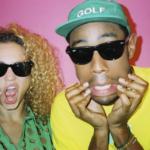 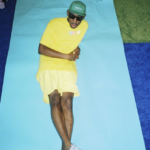 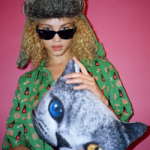 Belgian model Rose Bertram rides roller coasters with Tyler, The Creator until she pukes. She told us so in Oyster 104: The Exposed Issue.

Zac Bayly: What is your accent?
Rose Bertram: I don’t know! Even in my home country I have a weird accent. I am originally from Belgium. I sound a bit American. I’m in Munich right now. [Looks away from the Skype camera at someone off-screen] Hey! This is an outdoor public space and I can speak how loud I like! [Back to camera] Sorry about that. What were we talking about?

That’s OK! So, how did you meet Tyler?
I think this year it’s going to be three years that we’ve known each other. He posted a picture of me on his Twitter asking, “Who is this girl?” and then a lot of people started tagging me in things, and then we started following each other and sending messages to one another and then he came on tour to Belgium. And then we all met with friends and went to the carnival, and since that day we’ve been super good friends. Whenever we travel and we’re in the same city we always do fun stuff. He’s kind of crazy and so am I. If there is a carnival in the city we always go! That’s for sure.

Do you like roller coasters?
Yeah, but the thing is when you go on the roller coaster with Tyler you have to do it six times, which means throwing up or being a pussy!

Are you a sun person or a cold person?
The sun of course! Who even likes the cold? I’m laaaid-back. [Laughs] I get a lot of bookings in LA so I go there a bit, but the beaches are too busy. Have you ever been bitten by a shark in Australia?

No!
But you’ve seen those kinds of things happening to your friends?

My friend saw a shark once.
Really? That’s cool…

[Laughs] Do you have a hero from the 90s?
Oh my God — yes. Tupac. I love that guy so much. He put my imagination and my feelings into words. He was real. He didn’t give a fuck and I like that. He was the real deal. My favourite song is ‘Ambitionz Az A Ridah’, and ‘Lil Homies’ gives me so many memories of when I was 12 or 13. I was pretty guy-ish back then — I hung out with boys and we always listened to Tupac. My boyfriend is a football player and he didn’t know that I used to play football when I was young, and we recently went on vacation and played football together. He was so shocked that I was so good! I was like, “You don’t know I used to be a boy before?” [Laughs]

See what else is in Oyster 104: The Exposed Issue — out now!