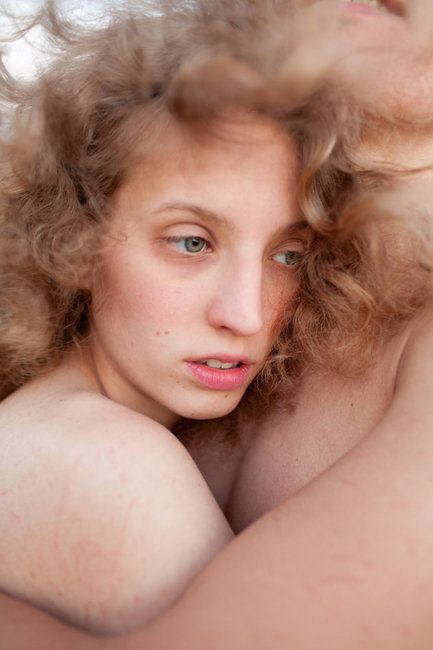 I first discovered Petra Collins when forming the staff for my magazine Rookie, in 2011, and knew right away that her sensibility was exactly what our publication should aim to capture. Petra’s photos depict the private moments of her young female subjects with a unique sensitivity to unexpected beauty – thousands of young women identify with her documentation of female friendship, sexuality and self-discovery. More recently Petra has stirred up controversy on talk shows and in tabloids for her projects questioning Western culture’s view of the female body. I talked to her early this year about body image, Instagram rules and Rihanna for Oyster 104: The Exposed Issue.
Tavi Gevinson: Who were your influences when you started, who are they now, and how has that changed?
Petra Collins: I didn’t look at much photography when I started; I was really influenced by film. Ryan McGinley was one of my biggest influences back then but for a totally different reason, ‘cos it’s not like I looked at his work and wanted to emulate it — it was just something that really liberated me as a teenager. I saw his photos in grade nine and it was this really refreshing experience for me to see these images of freedom in adolescence. Right now I am so desensitised to everything and I don’t think twice about nudity, but as a young person, seeing these young bodies experiencing nature was exciting. It made me more comfortable with my body, in a way.
It made you see your body as natural.
Yeah! Because at that time of your life — 14, 15 — you’re so freaked out by your body and it’s so not this natural, beautiful thing, so to view these images at that age was really important for me.
Your subjects are usually teenage girls. What is so interesting about this state to you?
It’s a time in your life when you’re form- ing who you are as a person and so many things are happening to you. It’s really scary and hectic. For me it’s something very interesting to capture; there are endless possibilities. There’s always pressure on teenage girls that I think has reached another extreme today, so I’m interested in talking to these girls, finding out what their lives are like and documenting it.
Is that why you started your workshop for girls?
I took a fifth year of high school to go to a school called SEED Alternative in Toronto and I started this club that’s still going on — I live in New York now — that’s basically just a safe space for girls to talk to each other. It’s literally the simplest thing, but it’s some- thing I realised is really important. We hang out with our friends and everything, but there’s not always a time to talk about scary things that we don’t like to speak about. The first meeting we did was just overwhelming and got really loud by the end because it was all these girls who just didn’t really get to talk about these things. There are so few spaces for girls and women to voice their opinions or to just get out what they want to say, and when it happens it’s really exciting. It was like a big group therapy session. It still goes on once a week. 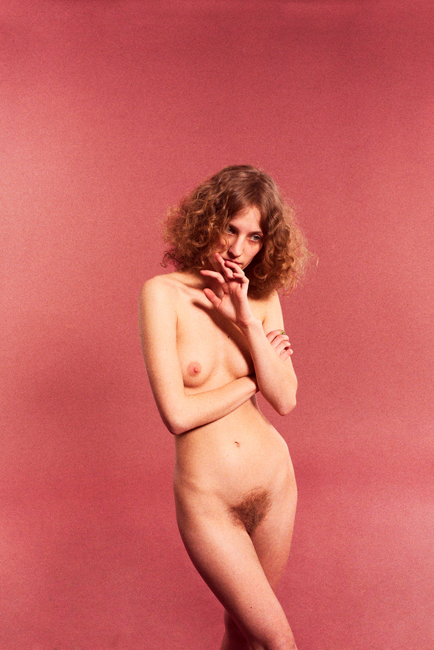