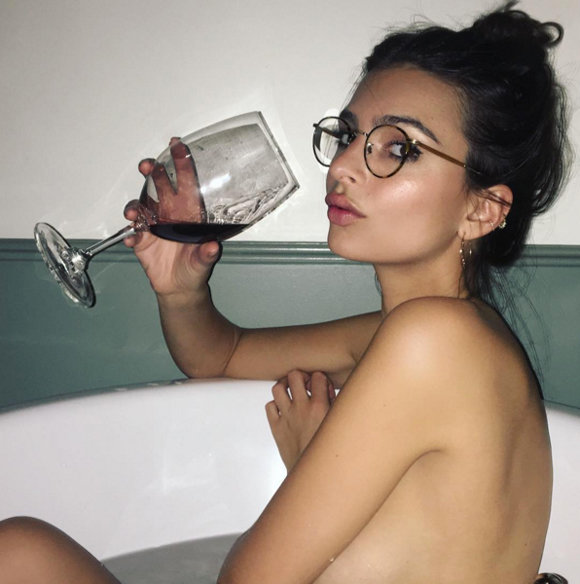 Actor/model/smart human Emily Ratajkowski wrote a really real essay for Lenny this week about the shame associated with being “sexy”. The piece, titled ‘Baby Woman’, explores the judgement Emily experienced as a kid because of the way she looked — how other people/society viewed her in a sexual way, and how she was made to feel shame because of it.

In her early teenhood, Emily received warnings from family and friends who said a girl like her needed to protect herself and keep a low profile. Her comments will be relatable for most girls who spent their adolescent years feeling weird about their naked body.

In Emily’s case though, the focus was placed on the threat of male predators, something that she accurately links to a more general misconception that female sexuality is automatically related to male desire.

“I see my naked body in the mirrors of all the places I’ve lived, privately dressing, going through my morning routine. I get ready for my day as one of my many roles in life — student, model, actress, friend, girlfriend, daughter, businesswoman. I look at my reflection and meet my own eyes. I hear the voices reminding me not to send the wrong message,” writes Emily.

“And what is that message exactly? The implication is that to be sexual is to be trashy because being sexy means playing into men’s desires. To me, ‘sexy’ is a kind of beauty, a kind of self-expression, one that is to be celebrated, one that is wonderfully female. Why does the implication have to be that sex is a thing men get to take from women and women give up?”

This sense that females aren’t able to own their sexuality, for fear of both male and female judgement, has broad implications:

“I think of women in their workplaces worrying about how their sexuality might accidentally offend, excite, or create envy. I think of mothers trying to explain to their daughters that while it wasn’t their fault, they should cover up next time. I refuse to live in this world of shame and silent apologies. Life cannot be dictated by the perceptions of others, and I wish the world had made it clear to me that people’s reactions to my sexuality were not my problems, they were theirs.”

These hang-ups aren’t something the world is going to get over anytime soon. But Emily, for one, is not about ignoring them — ending her essay with the question:

“Honouring our sexuality as women is a messy, messy business, but if we don’t try, what do we become?”