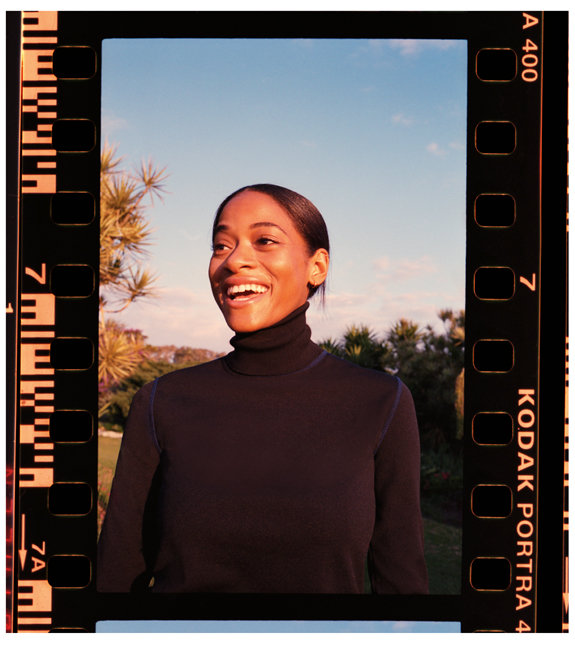 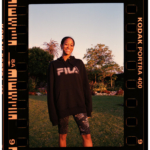 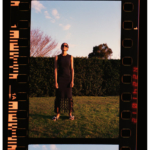 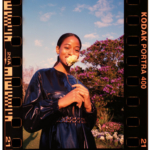 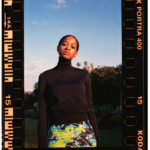 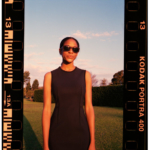 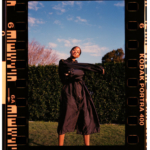 Kilo Kish is well on her way to becoming a billion-dimensional human. The master of many musical genres is also one of the wisest young women we’ve ever met, as evidenced by that time she educated us on the cyclical nature of politics and the true meaning of bravery for Oyster #109.

If it were up to me, all 9000 words from my conversation with 26-year-old artist Kilo Kish would have been printed in this magazine. Over the course of two lengthy phone conversations, we talked about everything from her introspective, heart-on-sleeve album Reflections in Real Time to feeling torn between creative and cultural identities. Chatting to her reminded me that we are all but specks in the boundless universe and — in the same way her music does — it also made me really excited to be a young person living in 2016.

Madeleine Woon: As a multi-medium artist, do you ever feel torn between your creative identities?
Kilo Kish: Oh, totally. I feel like this has been the first generation to have all these crazy multi-hyphenate artists. It’s like, ‘hyphen, hyphen, hyphen,’ which I don’t think is necessary — you can just call people artists and wherever they go from there is cool. It’s kind of becoming a little bit more accepted. I’m super anal so I have crazy schedules and it all kind of stays separate for me, but there is a slight pressure because I still feel like the majority of the world, outside of creative jobs, doesn’t really work that way so much.

You grew up in Florida — what was that like?
It was really boring. Our school was very divided — there was the black crowd, then there was, like, the nerdy kids, and there were the jocks and then, strangely, there was a very racist, kind of redneck crowd as well. I started a fashion club there, and during high school I read Vogue and I had all of these magazines sent to my house religiously, and I would just draw and go buy weird outfits from Goodwill and be angsty with what I’d wear. No one else was really doing that at the time. It wasn’t like New York, and it was during that MySpace era so I was picking all my outfits from what I saw people wearing in other countries and other cities, which is kind of really interesting because I feel like that’s what Instagram is now, except it’s a much bigger and more curated version of it. Now it just seems like everyone is growing up in this one space because of the internet. It’s fast and it builds its own community, which I feel like you had to find on your own before; you’d go to this record store and you’d hang out with these certain people or whatever else. I feel like it’s strange now, though, because there is more opportunity to find people similar to you and for you to still feel alone.

You’ve mentioned that you are striving for 100 per cent freedom. Do you see the internet as an obstacle in reaching that goal?
I actually think I need the internet. I need obstacles because I feel like they allow you to test your limits a little bit more and you get closer to that freedom. I think with all of the distractions and all of the different ways of being someone, actually figuring out what path you wanna choose, or just allowing or being — that’s a challenge. I don’t know if anybody really gets there. I think it’s a lifelong journey; I don’t think I’m going to discover freedom in my art alone — I think you need love, you need relationships and you need life experiences to get to that place.

When artists share stuff online, people start to feel like they know them personally and that they have this weird ownership over them…
Yeah totally, it’s weird. I think we’re probably the most judgmental that we’ve ever been but in a kind of covert way. People judge people for not being open enough, people judge people for not being progressive enough, people judge people for being too progressive. There are so many levels, and I think something we all have to remember is that everybody comes into their own at their own point in time. For a long time I was like, “No, I want to explain myself, I want to make sure that I’m being understood!” But on the internet you have no concept of who your audience is. You’re speaking to millions and millions of vastly different people — people with different baggage, different scars — and there is no way that everyone is going to completely understand what you have to say.

A big part of the human condition is chatting things through and making sense of the world around us through conversation.
It’s really important to work through it; that’s the main thing. I grew up in a predominantly white school and I’ve had a lot of awkward questions and statements directed at me like, “Oh, I thought you couldn’t get your hair wet.” And those types of questions never really bothered me that much — or even people touching my hair — because it’s mainly just ignorance and people genuinely asking a question. I think you get a lot of defensiveness around that because you feel like you’re being put on the spot in that situation and it’s awkward for both parties, but if you answer the question there will be learning at the end.

On that note, how do you feel about the social and political situation in America at the moment?
Um [laughs], it’s so crazy. I’m definitely going to vote but I think we’re at a point where it’s like, “OK, who is the best out of two not-so-great options?” It might be ignorant but I don’t really view life in that way, I feel like things are a revolving wheel — things come up in culture and we talk about it and then we fix it and it subsides for a while, and then something else comes up and we talk about it and it subsides for a while, and then 20 or 30 or 40 years later it will resurge again… I think for now we’re back in an era of women’s rights and black rights — I feel like we’ll get to a good place with that in the future and then it will subside and then it will be some other social issue. That’s just history. We’re living in a really tiny blip of time and it’s gonna keep going after we’re done. If we don’t blow up the Earth — which we might actually do this time.

What you said about history being so cyclical is almost comforting in a way, because at the moment it kind of feels like the world is especially doomed but you have to remember that every generation had their own shit going on…
It just keeps happening! We’re like the 60s and 70s again, right down to the clothing. We’re literally the same — we’re like a new rebellion of people fighting for rights and free love. But then it’s funny because we forget we are just a reincarnation of the same thing. Everyone feels like this moment, this time is the time that’s gonna make the change. We’re a part of a wheel and that’s why I don’t freak out too much about the future, but we should do what we’re supposed to do with our time here.

Are there any cultural shifts that you hope happen in the near future?
I hope that people are a little bit more open. Truly open, as opposed to, like, “I’m open because I adhere to these things that my friends also adhere to.” No, open to yourself and allowing yourself to be an individual and not just a number in a bunch of likes, not just a retweet, not just part of a conglomerate internet culture. I think we should also all spend a bit of time alone so we can check out from everything and actually sit with ourselves to see how we truly feel about things. You don’t have to just follow people, you know? You can be your own person and have your own ideas and that’s OK. It’s harder to be brave now — like, truly brave. Because being naked online is not being brave in 2016, wearing goth clothes or being a punk is not brave in 2016, it’s just another archetype. Being truly brave [is] saying something that’s a little bit left of left, truly being yourself and not just a collection of different filters. I would never want to be just one dimensional, or three dimensional, or even six dimensional, because we are humans and we should be a billion dimensional.