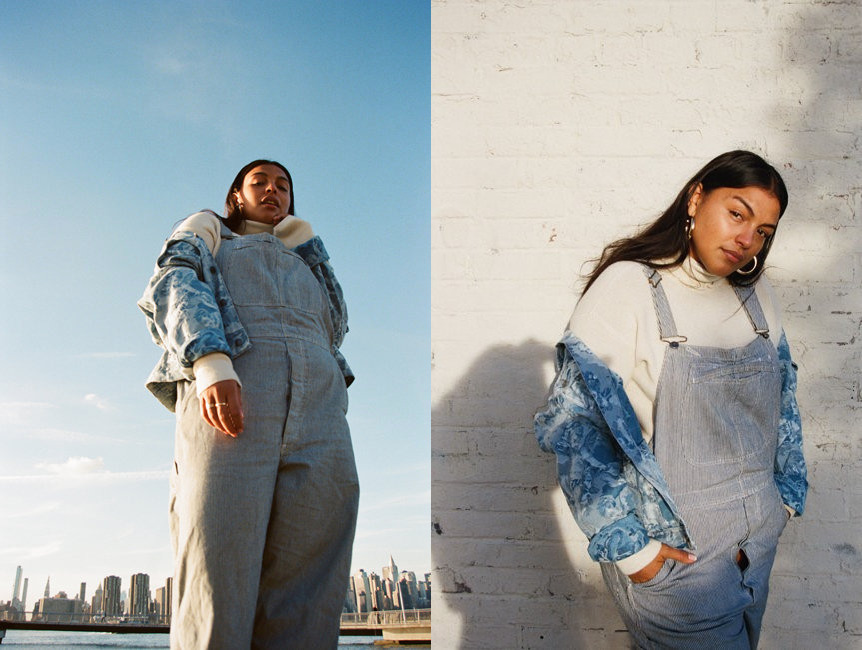 Paloma Elsesser is living her best life, modelling, writing and sharing ideas out of New York City. Sister to skater Sage Elsesser, she grew up in a spiritual and staunchly anti-Republican family and has taken all of the good values/ideas into her adult life. When she’s not promoting body-positivity for brands like Lonely and Nike, she’s acting as a relatable voice for women’s rights and being a legend on the internet. See evidence of the latter below.

thank you @lonelylingerie for being there for us. I'm an inherently pessimistic person and then there are shoots like THIS, shot with women like THIS, propelled by women like THIS and I am left full. the pessimism has lifted (temporarily) and I can be proud. I began a journey with you, @arvidabystrom @thisismayan, @zaraeloise last year and with the greatest pleasure we've continued with a new set of INCREDIBLE women and the prodigious @junecanedo. this body is whole, honest, unforgiving and unabashed by the power it wields. For all the ones who fill the strappy parts and everyone in between ~

Lucy Jones: Where did you grow up and where are you living now?

Paloma Elsesser: I grew up in Los Angeles. I am now living in Downtown New York.

I was a mess! I was all baggy clothes one week, tight dresses the next. I was confused where I fit it but was outwardly charismatic, perceptive and curious. I was actively trying to find myself but I self-sabotaged my time away all the while being precocious. I see now I was right where I was supposed to be.

In what ways have you changed since then?

I am much more in tune with the woman I am and intend to be. I’m not as manic, or as unsure as I once was. I am not as self-involved, my empathy levels have sky rocketed. I stopped drinking.

What kind of values/beliefs did your parents install in you?

That I could be anything in this entire world, besides a Republican.

What characteristics/beliefs do you think define your generation?

What are the best and worst things about growing up “on the internet”?

Access to knowledge at all times. Connectivity. Oppositely, over stimulation and comparison.

What opportunities have been presented to you by being active in that online space?

My current career! In conjunction with being about in New York, the internet has afforded me my career. It opened my eyes to the industry and I was lucky enough to be swept in.

What causes or issues are important to you?

Are you a spiritual person?

Both of my parents are incredibly spiritual. My mother is a practicing Buddhist and my father practices Santera and Rastafarianism. Growing up I rejected their ideals and resented the overly spiritual jargon. As I’ve gotten older I’ve learned to entrust God (as I understand it) because the world is a crazy place and too many weird things happen and it’s the only way to make sense of the chaos sometimes.

Do you identify as a feminist? Please explain.

I undoubtedly identify as a feminist. I believe whole-heartedly in the necessity for equality. As women, we have made strides but remain degraded for our bodies and our minds. I shave my armpits and I listen to rap music but I care about the welfare of my gender.

How have you seen the fashion industry change in the past few years?

The fashion industry is under so much social scrutiny because of the internet that they have no choice but to hear us; no choice but to include us. There have been minor changes, but [not] large strides. I think there is only up from here because the industry has responsibility now. They are finally being held accountable in some way.

How have you seen the idea of who and what a model is change in the past few years?

People crave intimacy from those they admire. I believe the personality factor has become so much more relevant, probably because of the internet. There is a shift in what the archetypal model is now. Everyone can serve a purpose.

If you could change one thing about the industry what would it be and why?

THE SELF ABSORPTION AND THE ACCESS TO DESIGNER SIZES THAT EXIST.

What are your thoughts on the current political/economic climate?

I am distraught but also hopeful.

What do we need more/less of tomorrow?

What do you hope humans achieve within the next 50 years?

A cure for fucking cancer.

What’s your idea of utopia?

A world not driven by fear and money.

Text by Lucy Jones, photos by Zara Mirkin for Oyster #109