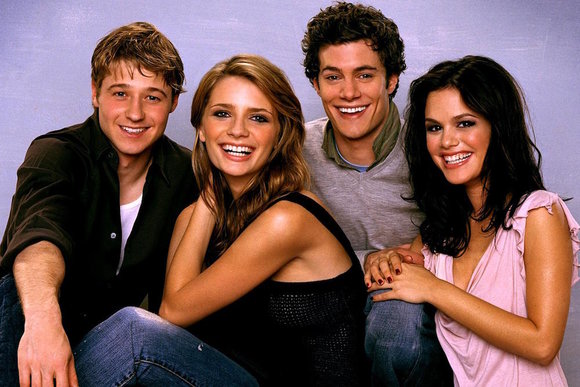 Feel old yet? Same. But not as much as I feel bored out of my skull because there has not been such a relatable, realistic interpretation of teen angst and expectations televised since. The OC marked and era of TV that was peak progression. Many themes were explored like the divide of social class, the coming together of religious groups, bisexuality, addiction, indie music and some pretty traj mid-00s fashions.
So now, let us look back on the fond memories of paramount TV, and hope for a future that can measure up.

The moment, the original dialogue, that started it all:

And the eyebrows that were basically the emotional load-bearing infrastructure that held it all together:

Pretty cutting edge that the emo of the family had a lead role:

And it didn’t take long for bisexuality to have a place during prime time:

Oh god, and the most stressful/undeserving love triangle of all:

But least favourite character award definitely goes to this mess:

And the moment we keep re-watching for: