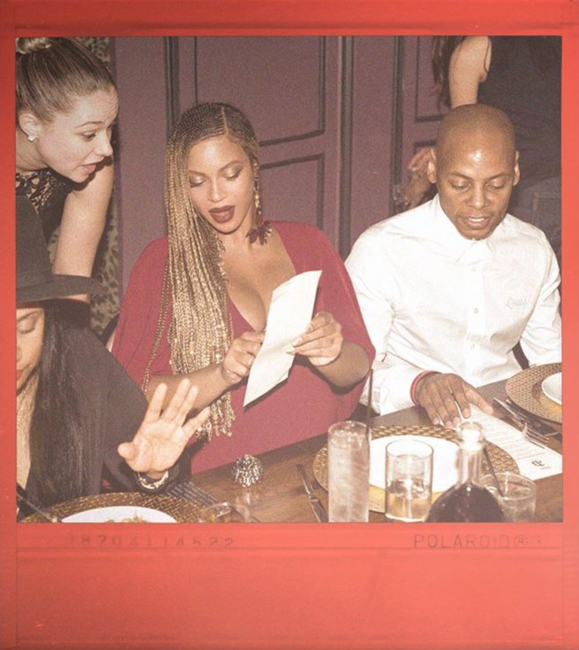 You can go ahead and turn your internet off now, because Beyoncé uploaded a photo of herself ordering off a menu like a normal person and the online community has done more than enough work for the week. Of course we’re talking memes here, and you better believe they’ve been made.
For context, here’s the new gallery of Beyoncé being pregnant AKA the catalyst for this lack of chill:

"I actually invented Lemonade so it should be free." pic.twitter.com/k8Yq3aGTLa

Instead of the Mahi-Mahi, can I just get the one Mahi because I'm not that hungry? pic.twitter.com/UnlU16v5rp

"Okay, I don't know who ordered the gratuity" pic.twitter.com/BRx82K88Zm

"I only had an appetizer & a water..." pic.twitter.com/o3OqzVjAWv

"Who is "Gratuity" and why am I paying for her food?" pic.twitter.com/UGGmZZMjo0

Beyoncé: No, Blue has her own money. pic.twitter.com/0QAZ6oV83y