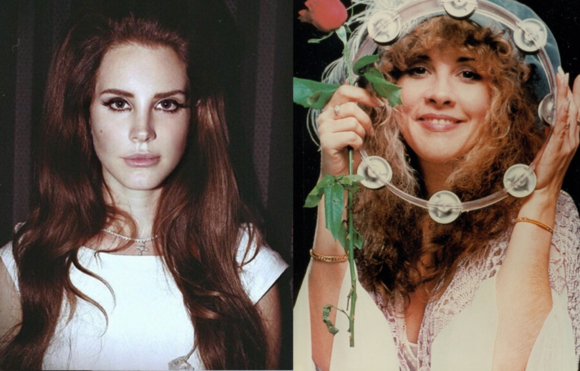 Ethereal bae Lana Del Rey has a bumper of a new record coming any minute now. While being pretty elusive about the release, we do know that there’s a lot of majik involved, thanks to a v witchy trailer, and we also know that the features list is stacked via her recently released collab track with The Weeknd.
According to Pitchfork, The Weeknd isn’t even the biggest name on the credits list. Behold the greatest piece of information you’ll receive this week: Lana Del Rey has made a song with OG white witch/Fleetwood Mac front babe Stevie Nicks. Stop it right now.
The track will feature on Lana’s upcoming release Lust for Life, and that’s about the only information available.
In the meantime, these youtube mashups should provide some kind of insight into what’s to come:
https://www.youtube.com/watch?v=wCmyjPxWaxk
https://www.youtube.com/watch?v=-E6HNME-UrI