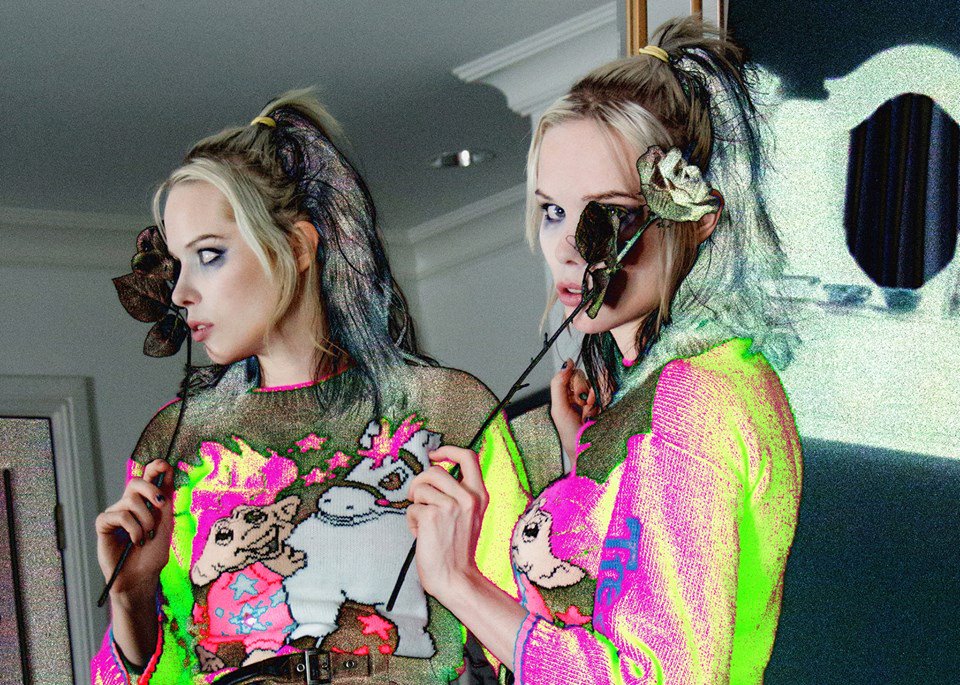 The momentum of #metoo, and the feeling of protection or power in numbers that has come with it, has encouraged so many women to keep speaking about their personal experiences with abuse. Yesterday, Alice Glass, who we first met as front woman in Crystal Castles, has detailed her experiences. She explicitly names Ethan Kath for the first time.

When she left the group, the information was a little bit dark. There were personal reasons, but nothing hugely specific. Ethan was quoted saying, “people often gave [Glass] credit for my lyrics and that was fine, I didn’t care,” to which Alice responded, “Manipulative statements about my contributions to the band only reinforce the decision I made to move on to other things.”

Now, she lets an entire truth out. And, it must be said, it comes with a trigger warning. The letter posted on her website is very detailed, telling the story of years-long abuse from Ethan even before the band started.

“Some of you may be aware that I’ve opened up about my experiences with abuse in the past,” she writes. “I’ve been very guarded about the information I’ve given and I haven’t publicly named names—because I’ve been afraid. I’ve been threatened and harassed and as a result, out of fear, I’ve been silenced.”

She then credits the “courageous women” who’ve been opening up lately has her inspiration, and says it is important for both her own recovery and for other women to be encouraged to speak out.

“The first time he took advantage of me was when I was around 15,” she continues. “He was 10 years older than me. I came to in the back of his car extremely intoxicated (from drinks he had given me that night). We didn’t talk for months after that. He went to great lengths to find me again, stalking me and driving past my high school looking for me.”

She then explains that she was young and naive and saw him as a rockstar, and that since a lot of her friends in the punk scene had been taken advantage of by older men, the situation was normalised.

She explains that the abuse was not only sexual: “Over a period of many months, he gave me drugs and alcohol and had sex with me in an abandoned room at an apartment he managed. It wasn’t always consensual and he remained sober whenever we were together.” But mental: “He figured out my insecurities and exploited them: he used the things he learned about me against me.”

More so, she says that when they were recording their first EP, the recording engineer sexually harassed her and Ethan laughed and pressured her to go along with it. In the end, he called the first single ‘Alice Practice’ and “concocted that story [that the vocals were a mic test] and told press it was an ‘accidental’ recording, intentionally diminishing my role in its creation. It was another way of putting me down and preying on my insecurities.”

She says that the abuse continued through their UK tour: “He held me over a staircase and threatened to throw me down it. He picked me up over his shoulders and threw me onto concrete. He took pictures of my bruises and posted them online. I tried to leave, and he swore that it would never happen again, that he would never physically abuse me again.”

“He controlled everything I did. I wasn’t allowed to have my own phone or my own credit card, he decided who my friends were, read through my private emails, restricted my access to social media, regulated everything I ate. He berated me and yelled at me, telling me that I was a joke, that all the people that came to our shows were only interested in his instrumentals and that I was ruining the band. He broke glass shower doors to frighten me, he locked me into rooms. He told me that my feminism made me a target for rapists and only he could protect me. He forced me to have sex with him or, he said, I wouldn’t be allowed to be in the band anymore.”

Eventually, of course, Alice left Crystal Castles and pursued a solo career — one that because of her cool presence and skills has been pretty successful; touring with Marilyn Manson, appearing in an Alexander Wang campaign as well as several fashion editorials.

What this letter has brought to light is fans’ concerns for Crystal Castles new front woman Edith… one person commenting on Alice’s post: “At the crystal castles show in Houston.. I noticed Edith did something Ethan didn’t like and snapped at her on stage. She looked scared, looked at him, said she was sorry and moved to the opposite side of the stage. There was a tension there and he was watching her all night. I said to myself ‘ya know I bet he is very difficult to work for.. and he is probably going to tear her ass up after the show for whatever she did’ and I bet the same feelings alice had, Edith is now having. She looked scared. You could see the tension but even though Edith looked like in a state of temporary terror at the moment of whatever she did wrong.. she went off and did her own thing away from him.. over to the other end of the stage.”

If you need more information or assistance in dealing with assault in Australia, you can get lots of information from reachout.com and 1800respect.org.au