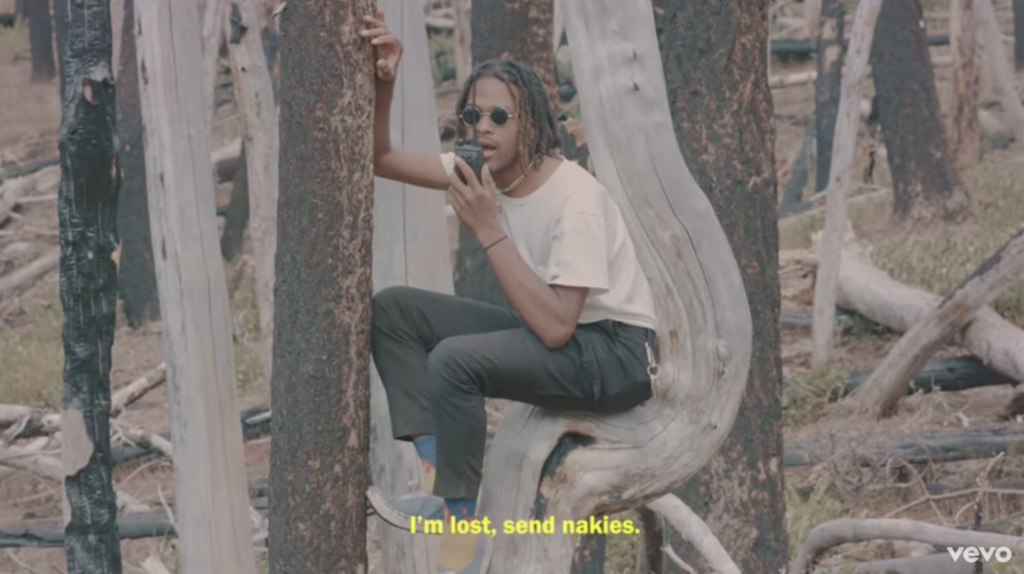 Upon watching Duckwrth’s ‘Michuul’ clip, and seeing its “I’m lost, send nakies” subtitles, we needed no further excuses to be completely frothing. But he’s just released a new record, An XTRA UUGLY Mixtape — which is of course home to a couple of already-released tracks, ‘Michuul’ and ‘Tamagotchi’ — and it features a whole heap of huge, good-feeling tunes.

So, tell me what your new mixtape is about…
It’s a continuation of my project from last year, I’M UUGLY. The whole concept of ‘uugly’ is funk. The face you make when you hear a really good song is kinda ugly, so it’s based off that. It’s also being super transparent with your life, you know, and being ok with the ugly parts of life. It’s a continuation of that, but the sound is bigger, funkier, there’s more dancing, there’s more moments. The moments are very intense, synth and guitar driven. Then we have songs that are more rock-based, more 80s ballad anthem songs. A lot of it sounds like it could be synced to movies.

You’ve said before that Andre 3000 and Pharrell really influenced you for I’M UUGLY — what were you listening to or watching while you were putting XTRA UUGLY together?
Stranger Things. I watched a lot of Stranger Things.

True. I’m in the middle of watching the new season…
It’s already out?! Oh shit. Ok cool. I’m on tour right now so everything in life has been shut off. I don’t know anything that’s going on right now, but that’s fire.

It’s real good. So, you’ve also said that you’re not into putting yourself into a genre, but you put yourself into a feeling. What’s the feeling on this mixtape?
Basically, I’m in the feeling of ugliness. I mean, there’s pretty moments, there’s a lot of pretty moments, but it’s moments that kind of take you away and make you go “damn…” It’s a feeling that’s in your stomach, it’s a feeling that’s in your ass, it’s in your thighs and it makes you want to get up and dance and shake something. It’s a feeling that hits you like a nostalgia, like remembering when you were 5-years-old drinking lemonade in the summer time — kinda sad because you know you’ve got to go back to school.

Why are you declaring ugly? Is it a positive or negative thing?
We live in some weird times right now, and people have to be able to take it on. If you hide away from it, then it festers, and when it finally shows its ugly face you’re going to be fucked up. It’s better to just accept that things are ugly, and then figure out how we transmute that.

Where did you grow up and how has it influenced your life?
I grew up in South Central LA. It took a lot of looking behind my back. Every time you see an old car driving by, it could be a possible drive-by — somebody putting their gun out the window and shooting up the whole block and skrrting off. It was a weird time. I spent a lot of time inside, by the time i got outside I was 16 and I didn’t get a chance to acclimate to it at a young age. So that’s hard, but it gave me a spinal cord.

I can’t believe that’s real life.
It is. It’s crazy. I want to raise my kids in a better neighbourhood, but then they don’t get the experience and I’m not sure if that’s a good thing or a bad thing. Maybe good, because they wont have certain triggers or traumas…

So where are you currently based?
Right now I’m back in LA. I moved to San Francisco, I moved to Oakland, and New York. I came back to LA because everything I need is there, musically and inspiration and weather. When I feel like I’m older, I’ll probably move to Paris.

Woah!
That’s definitely a later date! Until then, I’m just kicking it in LA.

Did you do a bunch of artwork again, like you did for the record?
I worked with my boy Mancy Gant, he’s an amazing photographer. I got the chance to smash a lot of shit and I got to wear a cool 70s helmut to protect myself. The front cover is more chill but, if you look at the back, I’m smashing some big ass floral vase. 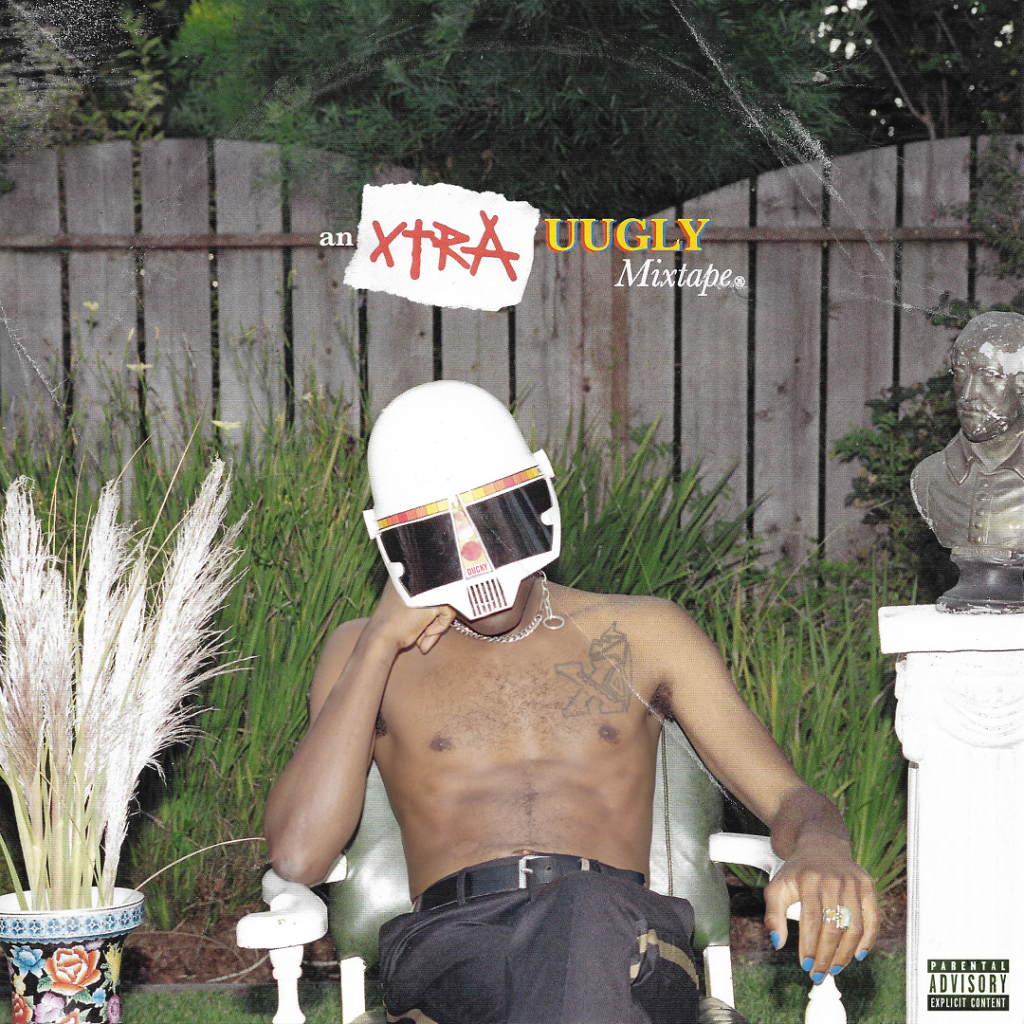 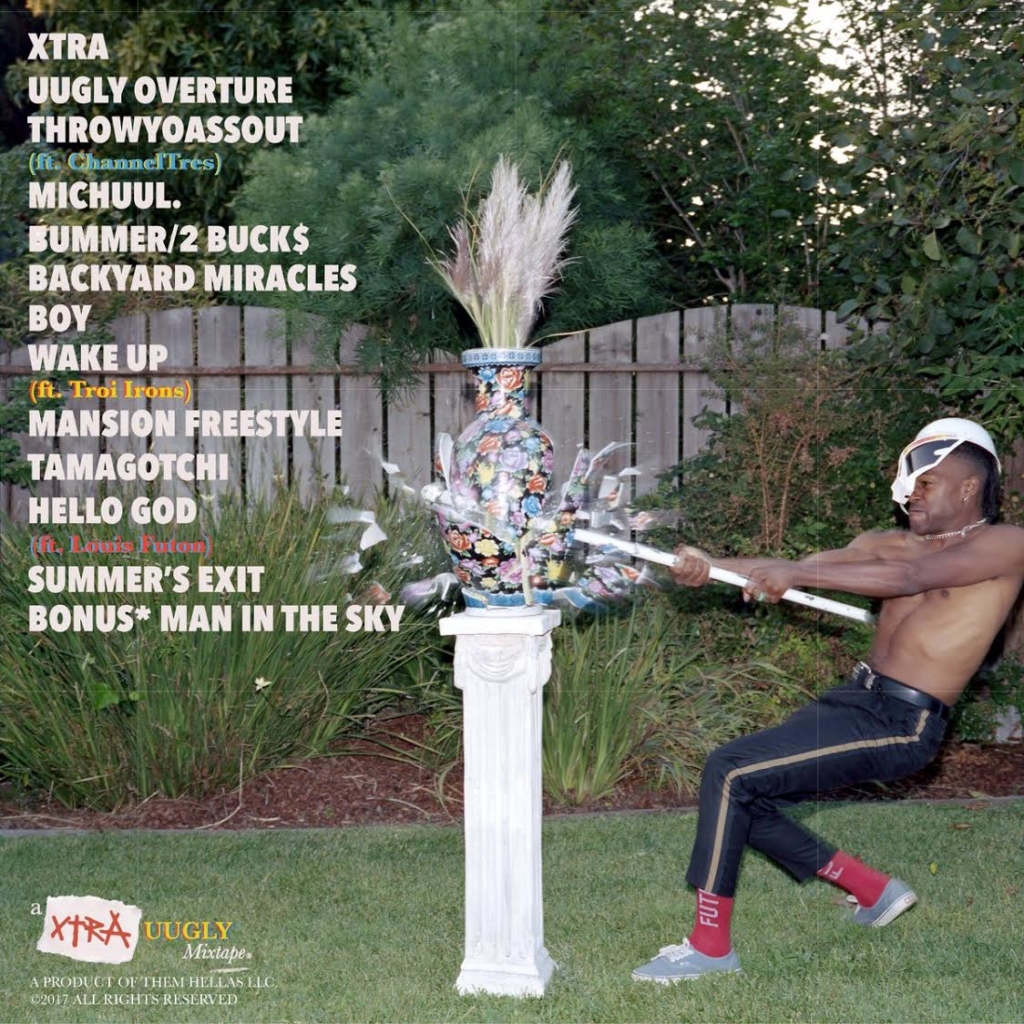 You studied graphic design right? Do you do all your own artwork because you don’t trust anyone else?
You’re damn right, I don’t trust anybody. I’m too particular, too analytical, I will rip somebody’s shit apart. Even when my manager pics certain promo pictures, I will debate her down. It’s a problem, I know. But it’s some Taurus shit, I’m stubborn as fuck. And the best results come from it.

Oh, and I wanted to talk about your dancing — you’re so good at it! Who taught you?
I don’t really know how to dance, dude.

Are you kidding? It’s so good.
I just be doing shit. I’m really just trolling. I’m literally trolling. It’s fun. It’s the whole point — just let loose and let whatever comes out… but it helps if you’ve got some rhythm with it.

Good one. And, aside from the release, what are you most excited about right now?
Going bigger. I wanna touch more hands, internationally. People who don’t even speak my language, who don’t understand a damn thing I’m saying but just know the feeling. I don’t know, smelling new air, being in a new place, getting lost and being anxious as fuck because I don’t know where the hell I’m going, having new currency. I need that.