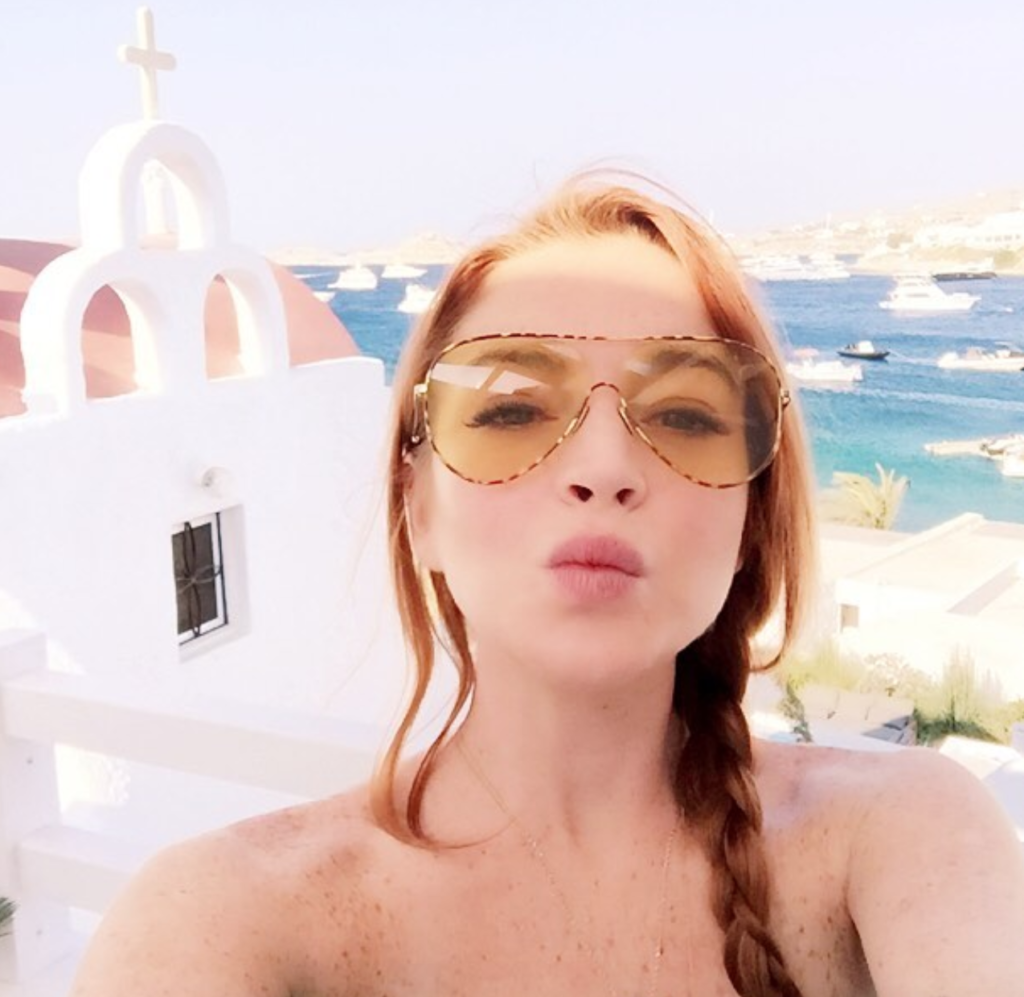 If Lindsay Lohan can manufacture her very own Euro accent, there’s no reason she can’t design her own island. We guess. News of this new venture comes in a recent interview with Wendy Williams.

“I’m discussing designing an island in Dubai,” she says. “I have a lot of little projects there because I like to keep busy. So, when I’m finished filming [British sitcom] Sick Note I can go back to Dubai, start the lipstick, discuss that and then design this island — Lohan Island.” Huge.

She jokes that she’s “out-Trumping Trump with the name Lohan!” but we do hope she doesn’t run for presidency. Maybe.

She talks about opening a nightclub in Mykonos (she already has one in Athens), saying “I feel like I’ve been to enough, so I should have my own.” Ok. And when Williams suggested it might be the worst place in the world for someone trying to get clean, Lohan responded accordingly with: “No. It’s actually really fun to watch other people look ridiculous.” You do you, LiLo.