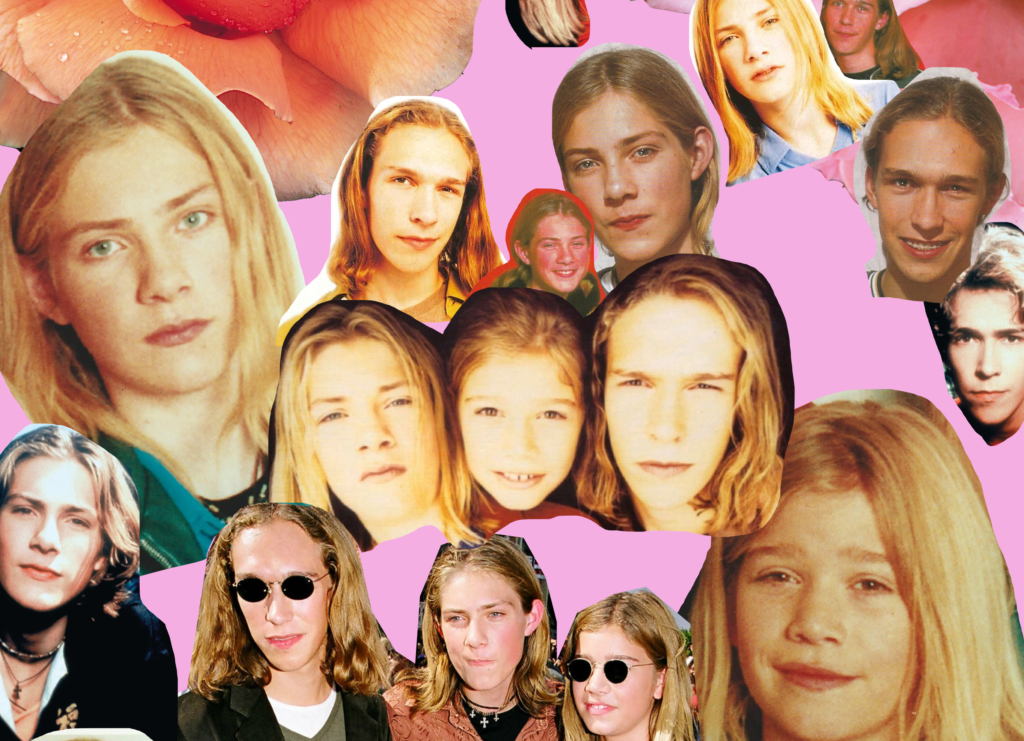 In 1997, Isaac, Taylor and Zac Hanson, three flaxen haired brothers from Oklahoma, unleashed their distinct brand of wholesome pop upon the world in the form of hit single ‘MMMBop’, released under the name Hanson. The song reached number one in 27 countries, including Australia, the United States and the UK, and launched the trio, then just 11, 14 and 16 years old, to global fame. Twenty years on, it remains a decade-defining track, alongside the likes of ‘Wannabe’ and ‘…Baby One More Time’. But, unlike the Spice Girls or Britney, Hanson prove hard to categorise. They’re pop stars, sure, but ones who began writing songs on the guitar, piano and drums respectively while their milk teeth were still intact, and whose idols included Chuck Berry and Eddie Cochran in an era when most teenagers were busy worshipping at the altar of Nirvana.

“We were kind of the odd ones out,” says Isaac, now 36 and married with three kids (Taylor has five, incidentally, Zac four). He’s calling from Philadelphia, the latest stop on a worldwide tour to mark the band’s 25th anniversary — they formed when Zac was a mere six — and the release of their new greatest hits compilation, Middle of Everywhere. “Unlike a lot of pop music that surrounded us in the 90s, which was more synthesised and dance oriented, our inspirations were 50s and 60s rock n roll and R&B,” Isaac says — a passion, he explains, that dates back to 1989, when their family spent a year living in South America. “My mom had a cassette tape of singles from 1958: ‘Johnny B. Goode’, ‘Good Golly Miss Molly’, ‘Tequila’, classic songs that we would listen to on repeat. I began memorising them, then Taylor started harmonising and after that we moved onto three part harmonies with Zac.” Soon, the siblings were playing gigs in and around their hometown of Tulsa, going on to produce a series of independent records thereafter. The third of these, which featured an early version of ‘MMMBop’, caught the attention of Mercury Records, who promptly signed the brothers almost exactly four months after Taylor’s 13th birthday. “He was pissed off,” laughs Isaac. “He’d always said, ‘I’m going to get signed before I’m a teenager.’”

Luckily for the ambitious adolescents, their ascent to stardom turned out to be a speedier process. “We went from being borderline unknowns in January of 1997 to having a smash hit in the US by March, and then all over the world,” Isaac reflects. “Only time and experience gives you the clarity to understand just how unusual that really is.” Teenage girls, of course, made up a large proportion of the Hanson fan base, and before they knew it, Isaac, Taylor and Zac were filling concert halls and inducing Beatlemania levels of hysteria. “We had experienced it on a mini scale when we were playing as a local band — screaming, almost panicked fans — so it kind of felt gradual, despite being intense,” Isaac says of the band’s adjustment to their heartthrob status. “Back then you had people that were like, ‘Oh my god, I love you so much!’ And others who went, ‘Oh god, there’s the kid band!’ And it kind of stayed that way,” he adds with a chuckle.

Fansons, as the Hanson fans dubbed themselves, pipping the Swifties, Directioners and Sheerios to the post, have played a major role in the band’s ongoing success; while it may come as a surprise to those who equate Hanson with their ‘MMMBop’ heyday, they have in fact made six studio albums to date and boast over 16 million record sales worldwide. “Our fans are the backbone of what we do, the reason we’re able to do it,” say Isaac warmly. Of course, this is true of all artists, but for Hanson, who since 2003 have released all of their albums under their own record label, 3CG Records, such loyalty is particularly valuable. “During the making of our second album we were passed onto a new label as part of a corporate merger,” Isaac explains. “It was that weird scenario of someone seeing that you have potential to earn them money, but not knowing how to earn money with you. It was a disaster and finally, five and a half years after Middle of Nowhere, we decided to go it alone. I genuinely believe that that decision, and the inertia of our fans, is the only reason we’re still making music and touring successfully right now.”

Chatting with Isaac, two decades after his face smiled down on me from the saturated yellow and orange Middle of Nowhere poster that adorned my pre-teen bedroom ceiling, it’s easy to comprehend the plight of the Fansons. In spite of growing up in the public eye, alongside the Macaulay Culkins and the Lindsay Lohans of this world, Hanson have never striven to be anything other than themselves, and as a result remain decidedly proud of their past. In 2013, for instance, the self-proclaimed beer lovers developed their own pale ale, playfully releasing it under the name Mmmhops, while next month, in celebration of the 20th anniversary of their Christmas album, Snowed In, they’re releasing a new festive LP titled Finally It’s Christmas. “Songs like ‘MMMBop’ and ‘Weird’ were real for us,” Isaac notes, returning to the topic of the band’s unique place in pop culture. “That’s why we’re still happy to play them 20 years on. We really did feel a little outside of the norm.” For a band whose squeaky clean reputation should render them somewhat twee, there’s no denying that Hanson’s unwavering sense of self represents a kind of cool all of its own.