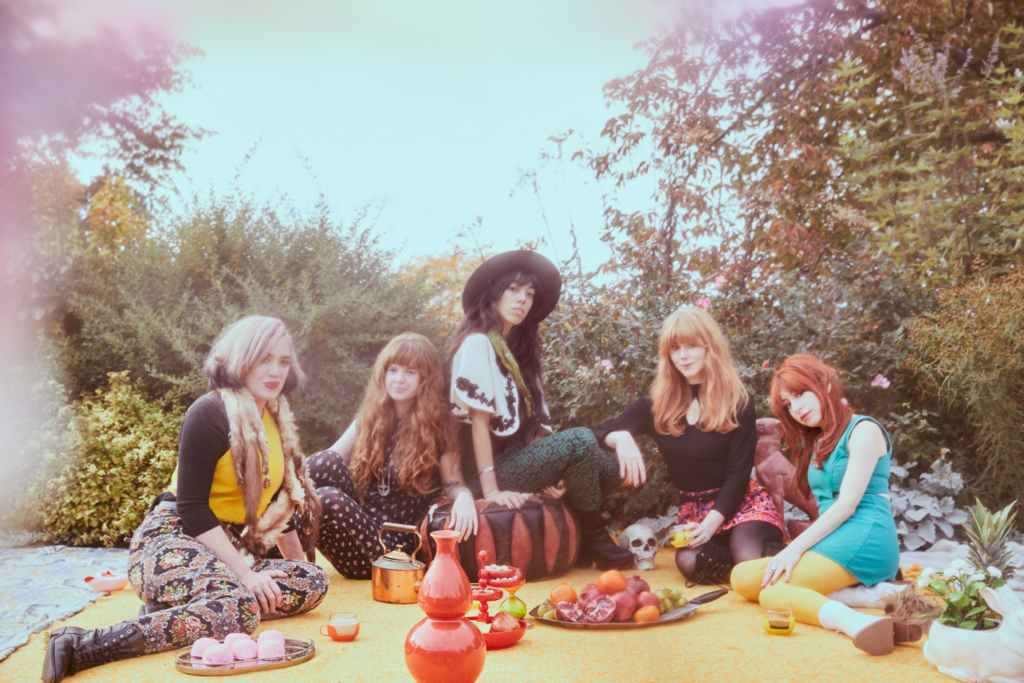 If there’s one thing Brooklyn garage rockers, Habibi, don’t like, it’s being pigeon-holed. While the band, made up of lead singer Rahill Jamalifard, guitarists Lenny Lynch and Erin Campbell, bassist Leah Fishman and drummer Karen Isabel, might be an all-female outfit, they’re not your average New York girl band. And just because they sing in Farsi, doesn’t mean they’re trying to get political, either.

“I don’t want to be called a girl group because I don’t like being labeled,” explains Jamalifard, when asked what it’s like to be a woman in a band. “I can’t control that I’m a woman singing with four other women. But that doesn’t give you the right to write my story for me. It’s the same thing with our politics,” she continues. “I get it, I’m writing songs in Farsi. But that doesn’t mean that I’m an Iranian nationalist or loyal Muslim. We just make the kind of music we like.”

And we like it, too. Back after a four year hiatus, Habibi will be releasing their latest record, Cardamom Garden, on March 2. The lead single, premiering below, is a part-Farsi, part-English groove, with heavy psych rock riffs and layered harmonies — think The 13th Floor Elevators meets The Shangri-Las. Titled ‘Nedayeh Bahar’ the single is “powerful,” says Lynch. “We’re making a statement. […] There’s so many more ways to communicate than with just one Western idea.”

Listen to the Oyster premiere of ‘Nedayeh Bahar‘ below, and pre-order the band’s upcoming album here.