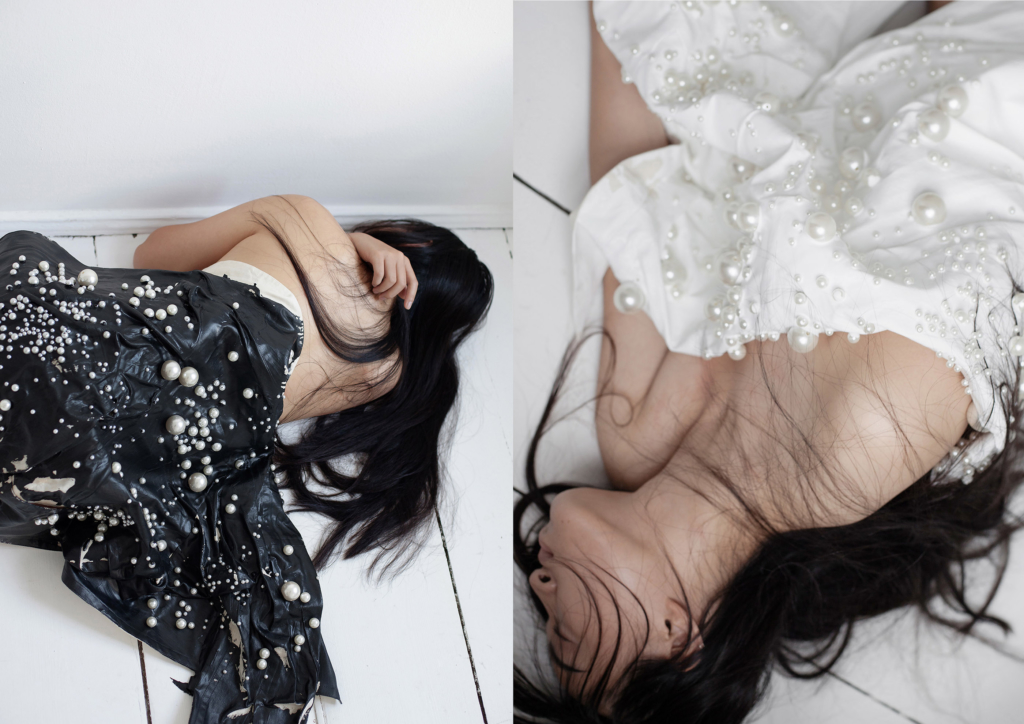 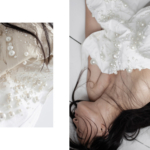 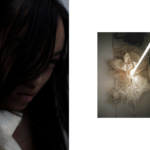 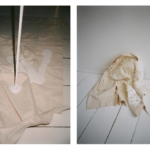 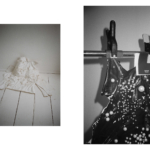 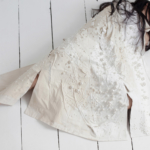 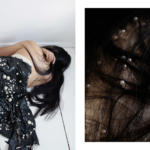 Ximon Lee designs clothing for people who like to hold onto things; whether it’s a curious grip on his very tactile creations, or a clinging to an emotional state. The process of his recent collaboration with the ultra talented sound artist Pan Daijing required (if not insisted) the latter, and resulted in a rolling sea of disparate pearl work that ping-pongs with Pan’s rhythms.

This type of intuitional experimentation is not a first for Ximon’s label, eponymous as XIMONLEE. In collections past he has presented cascading threads from embroidery, oversized denim squared off with slabs of silicone, and silhouettes that spotlight proportional play in a way that genuinely feels new. His brand of bravery isn’t lost on the powers that be, either — he became both the first designer from the US and the first menswear designer to win the H&M Design Award, the LVMH Prize had their eye on him as a semifinalist in 2015, Kanye is a fan, and Forbes recognised him on their 2016 30 under 30 list.

We scored some time with Ximon to chat about his work and life. And we got the good word on his Pan Daijing collaboration, titled ‘Master of Mess’, which will show at Milan Fashion Week in February, and in Shanghai in March.

Can you tell me about where you grew up and what kind of influence it had on you… as a designer and as a person?
Growing up my family and I moved around a lot, which meant I was exposed to many different landscapes and cultures from a very young age. The landscape changes quite drastically from the far North of China to the coastal cities in the East and tropical Hong Kong. The range of dialects and ways of living I experienced from childhood right up to moving to New York gives me a diverse design language.

And you’re currently based in Berlin, when did you decide to move there?
After a spontaneous trip to Berlin in early 2016, I made the move a few months after. The whole move was very quick in the end.

What kinds of things did you expect the city, or the relocation in general, might provide you with?
The decision to move was not business related, rather a change of scenery. As I am so used to moving around, I felt it was the right time to move on from New York, after six years of living there. Berlin has given me a greater sense of openness both personally and professionally. Along the way I have met a lot of inspiring people, who are not necessarily in my field of work, who helped move my work into a more multidisciplinary world.

You’re developing an interesting set of silhouettes. You do ‘boxy’ really well, which is something a lot of designers and consumers seem to be afraid of it… why are you drawn to it?
For me the material aspect is the first part of my development process and over the past years I have found my self more drawn to bold, structured fabrics. This choice of fabric in turn shapes the silhouette. This has been working well for us, but as the work is developing we are embracing more and more fluid fabrics and treatments, which will inevitably push our silhouettes into new directions.

The treatment of your fabric is super unique too — sometimes your outerwear feels inside out, with the lapel looking like the ‘hero’ fabric; sometimes you’re applying layers of thread falling from embroidering; sometimes pools of what looks like glue. Where does such a DIY spirit come from? Or do you have a background in industrial design or something?
There has always been an interest in materials and different ways to create a narrative with them, and more often than not this will start in the studio handwork. This means we are able to see ideas come to life quickly in-house, allowing us to mould these treatments every step of the way.

What new techniques could we expect to see in future collections?
We have been collaborating closely with a very old jacquard weaving factory in the Netherlands for the past few collections, and each season we are working to develop new ways to create fabrics with them. They are a very experienced team open to any ideas we put to them, so hopefully in the coming seasons we can present something beautiful with these materials.

What do you think you might be making if it weren’t clothing?
No matter if I am making a piece of clothing, or a sculpture, my thought process is still the same. The works in this series with Pan Daijing for example shouldn’t necessarily be seen as fashion or artworks, for me it serves as a material memory.

Your collaboration with sound artist Pan Daijing is beautiful — how did you meet? And what was it that lead to working together?
Pan and I met through mutual friends very soon after I moved to Berlin. I saw a performance of hers at Volksbühne, which lead me to explore the idea of a collaboration. She composed two of our runway soundtracks since then.

The pieces are lovely, the scattered pearl work and their fluctuating sizing ring really true to Pan’s music — was that the intention?
When I created these pieces for Pan I didn’t overthink about the concept, but rather focused on the feelings that were brought on by her works. For example, the sound in the “A Loving Tongue” by Pan.

Finally, what kinds of things does her music make you feel?
Different pieces by her trigger a different feeling inside of me. Since we met I have been to five performances and every performance, which takes place in different environments, offers a complete unique experience. Our latest collaboration was initiated after her performance at Palais de Tokyo in Paris. The feeling that I later named “Melancholic Violence” was the temporary title of this collaboration. This collaboration will be showcased in end of March in Shanghai.