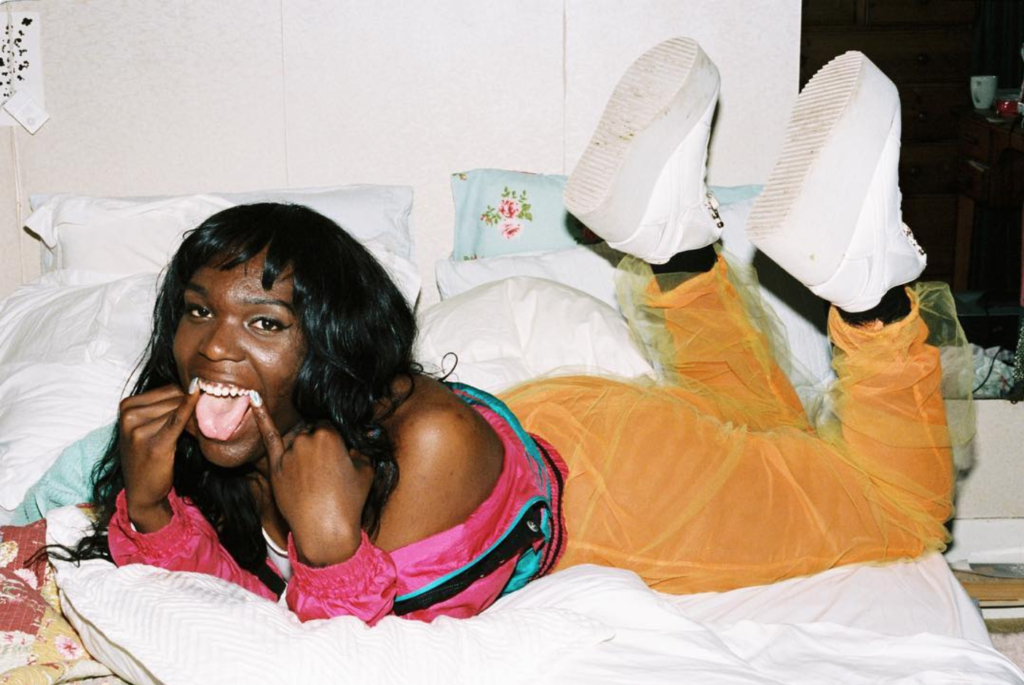 Star Amerasu has a voice that soothes. Under her musical moniker Ah-Mer-Ah-Su, she’s released two EPs: Eclipsing (2016) and Rebecca (2017). ‘Haunting’ is a descriptor often applied to Ah-Mer-Ah-Su’s sound, but I reckon we can do better than that — it feels wrong, it kind of distracts from the level of comfort that sonically swathes your heart upon first, second, third and hundredth listen. It’s healing.

“A synthesis of choir kid meets club kid” is how she describes it, and it’s totally accurate — the sounds swallow the body and spirit, while the lyrics (often dealing with mental health, medication, loss, and just coping inside and outside of particular communities) are direct and hit right behind the ribs.

Star is performing in Melbourne and Sydney this week. Ahead of that, we got a few q’s in…

Hi My babes! It's Official I'll be coming down under to play some Mardi Gras shows, getting cute and cuddly and basking in the sun. Going down with my sister @quaydash Tell all your friends, will be posting the event page links on the AH MER AH SU Facebook page. 🎊🎉🏳️‍🌈🌈🌞✨ Big thx too @botoxparty for organizing this tour photo: @jack.mannix

Nickname: My music project is called Ah-Mer-Ah-Su and my friends call me Star

Where did you grow up and what values from your childhood have stuck with you?
I grew up all over America and had a large bit of my growing up in Austin, TX.

What were you into in high school?
I was a huge theatre and choir nerd and ended my last two years of high school at a Fine Arts Academy called McCallum Fine Arts.

What teen attitudes are you happy to have left behind?
I really hated how I looked so much, so I was 100% convinced I was the ugliest person and that I would never be happy. It seems like this thought still impacts me and it’s a long process of learning to love yourself.

If you had to describe your artistic output in five words…?
Emotional outpouring meant to cleanse.

When you’re performing, are you slipping into a character?
I’m trying to channel my higher self.

Are there certain things that performing has allowed you to express that you don’t have the opportunity or courage to express in daily life?
I’m much more vulnerable on stage than off. My music is such a weird and immersive outpouring, it’s always a cathartic experience.

Your music is so personal. It’s not cryptic at all in its sharing of experiences in mental health, drug use and total heartache. Why is it so important to you to be open about these things?
I think so many people hide, we hide ourselves in order to fit into the world. But if I unmask myself, bare myself to the world. My own heart is my shield. I am as transparent as possible as a way to not be taken off guard.

Does it scare you to be so open?
It has scared me before. I was once afraid that other people could use these truths I’ve shared against me. But I have realised I am an angel and my work is to be open and honest in everything I do.

And what is it about music as a medium that you feel these stories are best shared?
It’s a universal language, though I sing in English the emotions conveyed are understood.

It’s known that you’re a magical, spiritual being — where does this come from?
I think I was given these possibilities and opportunity to heal myself, and in turn help others to heal as well. I feel rather angelic these days, like it’s important to honour that side of myself. To let myself be an angel.

And do you have any regular rituals you insist on performing?
I know it’s corny in an age of disbelief, especially since so many of us have been abused by organised religion, but I pray to myself, cast little spells, light candles on an alter with photos of myself and friends and exalt in my own beauty.

What’s the biggest rule you’ve ever broken? What did you learn from it?
I’ve lied to myself, I think that didn’t help me grow. So I strive for truth and accuracy and have an internal drive to tell the truth.

Finally, you’re coming to Australia to perform — if you could have one message resonate with the audience, what would it be?
We’re all just enjoying a human experience. It’s so important to realise how beautiful we can all be if we let ourselves love ourselves and our community.