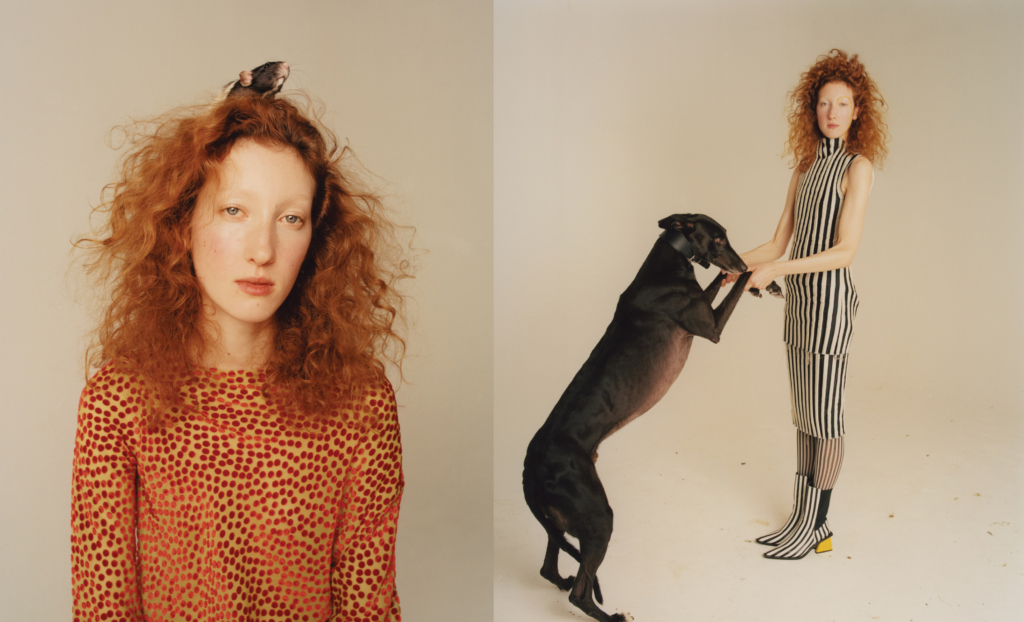 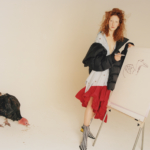 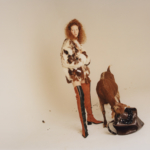 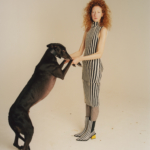 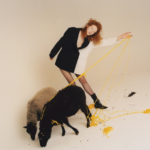 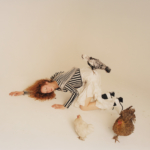 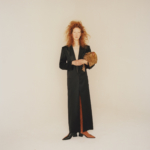 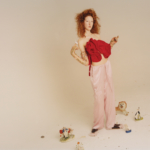 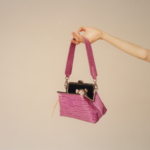 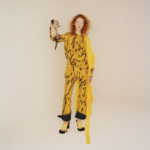 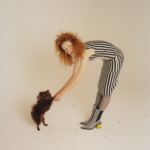 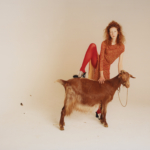 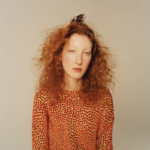 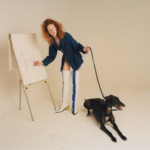 It’s a testament to a label’s innovation when its treatment of denim has been so widely mimicked, before they’ve even made a pair of five-pocket jeans themselves. Despite being instantly recognised for indigo frills and frayed edges, Marques Almeida have more stories to tell than those about denim. An interesting one is the way they pick their fabrics and shift their meaning or status through design and exploration into a material’s behaviour. But one of the most telling stories is the way they work with such a wide network of women to be inspired. With an even amount of yes-ing and no-ing, designers Marta Marques and Paulo Almeida sift through a swelling bulk of reference material and mood boards to create collections that tell the stories of the clever ladies around them — ultimately presenting a world that’s inclusive of so many paths a woman can take to become her own “quietly defiant” self, and broadening the scope of good fashion that’s as accessible as it is encouraging.

Hayley Morgan: Where did this dual fascination with denim, and the treatment of it, come from?
Marta Marques: It’s not really the material itself, it’s nothing that we’ve like thought of before we started looking into our graduate collection and what we wanted to do as designers. It’s more kind of stemming from our obsession with the 90s and streetwear and effortless pictures from old issues of i-D and The Face. Denim was always present and it was a really strong representation of youth — like a code of dressing. It was much more to do with the ethos of it than the material itself, because we had no idea about how to work with it or how to do washes or anything. We just bought our first roll of denim and started doing try outs at home and at laundry places and I think we quite liked the idea that it’s a fabric that ages with you and you’re allowed to wear it to death and it becomes something more special because you wear it until it grows with you in a way and is so personal. It really reflected what we wanted to do in fashion at that point, which was to bring something that was so streetwear into higher fashion. That’s what made sense to us.

It’s an interesting thing because you treat non-denim fabrics like denim, and you actually didn’t turn denim into jeans to begin with…
We had no idea how to construct a pair of jeans. It was just literally taking that material and what it meant and taking it to a completely different context. I don’t think we did actual jeans until our third or fourth season and still they were like not your average jeans and not jeans sizing. It was really not about that, it was about the treatment of the material and what it meant. It was quite nice that we learned how to approach fabrics in that way by working so obsessively with denim. Then it naturally carried through to anything else that we were putting on the table. Even if something is super luxurious, like a really fine silk, we would have the same approach to it as denim — making it go through processes and washes and hand work. We just think that’s what makes garments special. We were never really fascinating with anything that is super precious off the roll or really untouched. We want things to have the feeling of being messed around with.

Why do you think it took you a while to make actual jeans? Now that you’ve made them, they’re quite successful…
Yeah true, I think we kind of had no idea that was going to be the case. To be honest I don’t even think it crossed our minds. We wanted to put something into a new context and create something that felt new and exciting for a younger generation that was slightly alienated from high fashion. Jeans are something that exist already and we were not really interested in it. Then, when we did jeans, it was more about wanting to do bottoms in denim that had this shape that we thought was cool, and then we did this jean ‘thing’ with a successful silhouette. We took a weird route to it.

How do you think your LVMH prize win in 2015 pushed the label forward? Did it allow you to do certain things you couldn’t do before?
Loads of things, it was quite a turning point for us. We were at this point where the brand was getting recognised but we were still struggling — we’ve always been self-funded and it is a struggle to be able to do everything you want to do and keep growing. We’ve always done our own shoes and we want to do more accessories. We want to do jewellery, sunglasses, an online shop, pop up shows. We want to build a team and we want to do all these projects and campaigns. We’re sitting on all of this imagery and stuff that we’ve created over the past three years from our home studio with no team, just friends helping, but suddenly to have the funds to be able to put those things in action and get it moving and progress is incredible. And that’s all due to LVMH and the fact that it came at the perfect time to propel us. It was really good.

I’ve noticed a lot more range in fabrics showing up in your collections — is this a deliberate move away from frayed denim or will that signature stay with the label forever?
There’s very little deliberate things that go on here. It’s all slightly accidental or mistake-driven by instinct every time we start a new season. Creatively, me and Paulo are obsessed with different things. It was necessarily a deliberate decision, it’s just that we certainly found this love of shiny brocades and we want to do everything in it, we want to bring it to a new context and put it next to a frayed denim jacket because it brings it to a new life.

Another thing you’ve got a knack for is footwear — it wasn’t until I started looking at all of your collections together that I noticed it — have you always designed your own from the beginning? Or, who are you working with to produce this stuff?
It’s always been us and we always find a way to make sure we get some shoes done. We’ve always designed them ourselves and then we work with manufacturers in Portugal that produce them for us.

How would you describe a typical MA girl? For instance, in your Spring 2018 collection you can kind of see an 80s power babe, a biker’s daughter, a TLC fan, Samantha from Sex and the City, and so on… But do you have a customer in mind?
I think you’ve put it nicely, there’s really not one customer or one personality. That’s what we’ve been trying to build on by doing shows with all these MA girls and finding new ones every season. Seeing how different they all are proves there’s not a singular style that fits the bill. What we’ve been finding fascinating is that they’re all so different but the one thing that unifies them is this defiance they have about them — like quietly defiant girls going about their own lives trying to do their thing. Other than that, that can be tomboy or in corsets being really feminine. I’m looking at the wall that we have in front of us for next season and it’s a nice collage of Instagram pictures from all of them. You can tell how different they are.

What about an MA style icon?
It would have to be our MA girls, and the girls around us, friends that we work with. They’re style icons for us. It might be that a collection actually starts because we saw one of them wearing these cool vintage trousers with a silk top and we become obsessed with it.

What would you say the ethos of the brand is, in 2017?
We’ve been going around this idea of making fashion more diverse and more inclusive, so I’d love that to be our ethos actually for this year and the next years to come.

Is there anything you wish you were doing better?
So many things! There’s not enough hours in the day to do all that we want to do, and do it right. We’ve just learned to accept it and learn to do the best we can do with the time we have. But there’s always things we could do, and that’s a good thing.

Who says “no” the most our of the two of you?
Paulo for sure. He’s totally the no and I’m totally the yes.