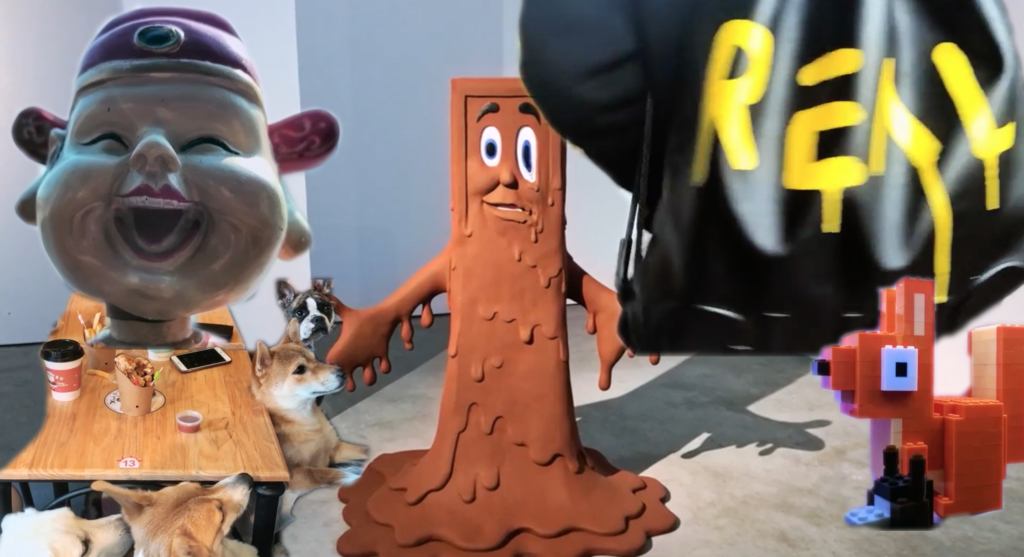 Gucci are working with Italian artist Maurizio Cattelan — the guy who makes some of the most fun to look at sculptures, including his very famous Pope being hit by a meteorite, and is the founder of surrealist art mag Toilet Paper. Together, they’re exploring imitation, appropriation, the concept originality and the process of adding or duplicating. Reverent, in a time of counterfeit culture and @diet_prada.

The film preludes a collaboration that’s expected to take place in Shanghai on October 10.

“From its very first line, The artist is present is an act of appropriation. The least you can expect for an exhibition project curated by Maurizio Cattelan and powered by Alessandro Michele’s Gucci,” a statement from Gucci reads.

“Both are very well aware that complex relationship between image and reality, representation and presentation have been one of the most important topics in art. And they both well know that it is truer today, as we all are at the same time the generous feeder and the avid consumer of a world of simulacra, in between illusion and reality.

Rooted in this permanent visual deluge, The artist is present focuses on artists projects that propose simulation and copy as a paradigm of global culture. The show explores how originality can be reached through the act of repetition, and how originals themselves can be preserved through copies. It consists in a physical immersion in the reign of imitation, a land where the core values that used to identify with an artwork in the Western world, such as originality, intention, expression, and authorship, are dismantled.

In The artist is present the nature of the creative process itself results deconstructed, and with it, the idea of godlike creation: the only belief remains the conviction that originality is definitely overrated.”

Watch the film below: