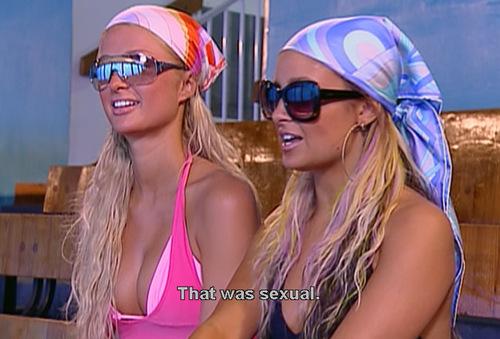 Ok so Paris Hilton and Nicole Richie’s friendship has been a bit iffy over the last while, but it has been confirmed that the two legendary humans were recently in the same room at each other and they were freakin’ smiling into each other’s eyeballs.

The reunited at The Daily Front Row’s fourth annual Fashion Los Angeles Awards, where they were both presenters (Nicole Richie presented Juicy Couture designer Jamie Mizrahi with the Best Design Debut award, which is very hot).

All of this is news in and of itself. We love women being mates. Of course. BUT the thing is, and it really is a thing, the certified twitter account for The Simple Life posted the pictures and said “Fingers crossed for a reboot!” and then they added the prayer hands emoji.

Now, if you don’t actual smash that MF like/RT button until we get a reboot, you’re literally dead to us.