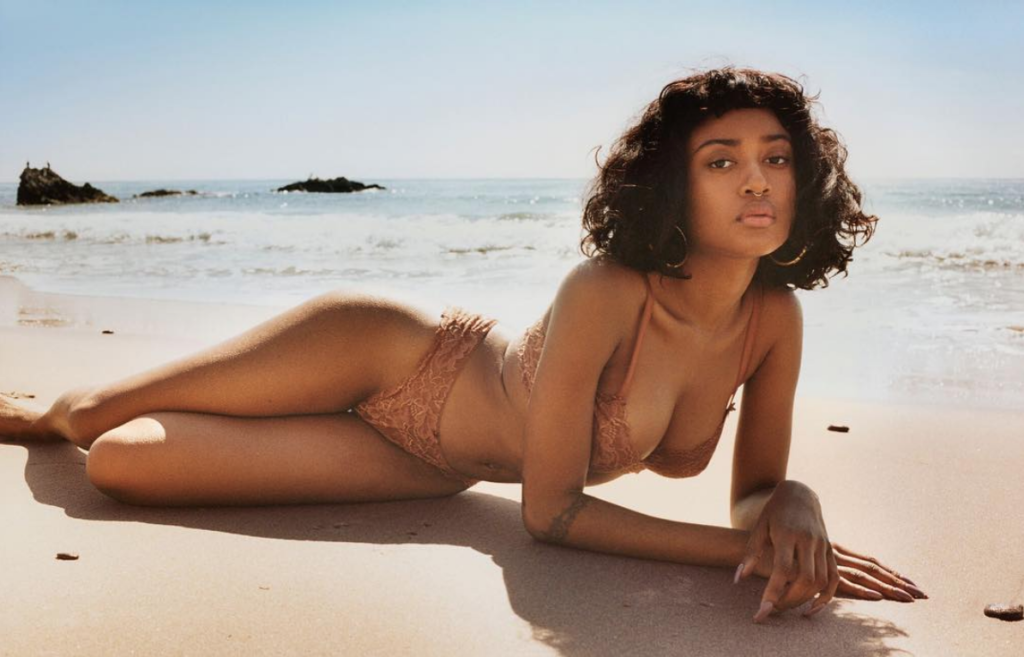 Ever since Rihanna first announced she would be releasing a lingerie line, people have been going nuts. Well, the time has finally arrived and SAVAGE x FENTY will drop tomorrow.

Unfortunately, Rih hasn’t offered up a ton of information about the collection, instead dropping subtle hints and previews across Instagram. Here’s what we do know, though:

In an exclusive preview with Vogue, the ‘Work’ singer revealed the brand would include 90 pieces of lingerie, sleepwear and accessories, including four capsule capsules within the main line. The core collection that RiRi’s dubbed ‘On The Reg’ (and previewed via Instagram), will include bras and undies in every shade of nude, as well as a few other everyday pieces. The ‘U Cute’ capsule is filled with sweet lacy pieces in pinks and blush, and the ‘DAMN’ line has sexy rompers, garters and bodysuits. The final capsule, the ‘Black Widow’ is Rihanna’s take on BDSM-wear. And that includes handcuffs. A Twitter account called @FentyStats got a hold of a list of Savage x Fenty merchandise and its price points, and apparently, starting tomorrow you’ll be able to buy Rihanna-approved $18 handcuffs.

Everything else will be pretty affordable, as well. According to Vogue, bras will range from $39 to $59, t-shirt bras will run from $29 to $34, underwear will cost $14.50 to $29 and other items, like bodysuits and robes, will all land under $100. The collection will also follow Rihanna’s ethos of inclusivity and body positivity, including sizes that are often left out of the lingerie market. Savage x Fenty will run from a size XS to a 3XL, and include cup sizes from a 32A to a 44DD.

As for her thoughts on lingerie in general? “Women should be wearing lingerie for their damn selves,” Rihanna told Vogue. “[…] I want people to wear Savage x Fenty and think, ‘I’m a bad bitch.’ I want women to own their beauty.” Though, since it’ll probably sell out in less than a minute, you might want to find another way to do so. But just in case you’re up early, you can buy Savage x Fenty here.