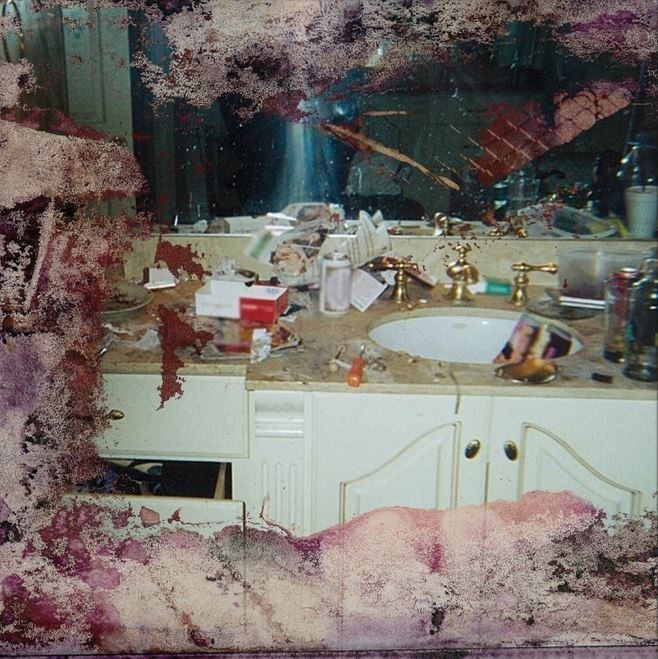 Another day, more trouble for Kanye. This time, the rapper has pissed off Whitney Houston’s family after purchasing a photo of the late singer’s drug-strewn bathroom, and using it for the cover of Pusha T’s new album. If you’re also a bit confused by this whole story, let’s break down what we know:

So, apparently, Yeezy paid $85,000 to Houston’s cousin Damon Elliot’s shady daughter, who sold the photo to the rapper in secret. Once the album came out, said daughter sent a photo of the Daytona cover to her father, who then talked to People Magazine. And he was pissed.

“What were you thinking? Did you think this through? And if you did, why did you do this?” Elliot told the magazine. “[…] I’ve watched the train wreck happening, but I didn’t think he’d go this far in invading someone’s family privacy. […] What’s the creative side of this? What’s the point?”

This is where the plot thickens: Houston’s nephew, Gary Michael Houston, is actually on board with the photo.

“Not to be divisive, but I’m of a different mindset when it comes to situations like this,” he told Good Morning America in a statement.

But Elliot is not having any of it.

“To do something for a publicity stunt to sell records,” he added, “it’s absolutely disgusting. It hurt my family and my daughter. It’s petty. It’s tacky.”

I guess I’m not totally sure what his daughter thought she was selling the photo to Kanye for, but I guess it’s easier to just be mad at him. And considering the shit he’s been spewing on Twitter over the last few weeks, I can’t say I’m totally shocked. Pusha T, though, was apparently hesitant about using the photo — that is, until Yeezy offered to foot the bill. Then, he was cool with it. Who said chivalry was dead?