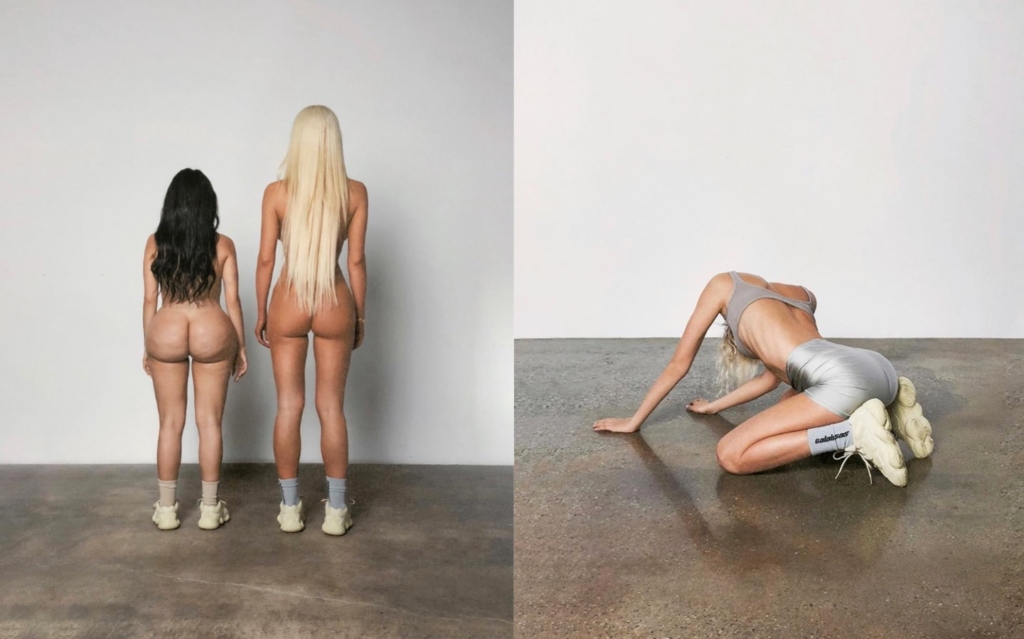 Kanye’s back at it. Today, the rapper released his new Yeezy campaign, featuring a group of Kim, Kylie and Paris Hilton lookalikes — oh, and they’re naked, natch. Because that’s not weird at all. But honestly, I’d be more surprised if Kanye did something normal at this point.

Shot by frequent Kanye collaborator Eli Russell Linnetz, the campaign shows the Kardashian body doubles wearing a few Yeezy looks, but mostly, naked in nothing but the Yeezy Supermoon sneakers.

Of course, this is nothing new. For his last campaign, Kanye recruited a group of Kim lookalikes to model the collection. But this is definitely the first time he also included a naked Kylie homage.

Ah, true love and unapologetic narcissism. What more could you want?