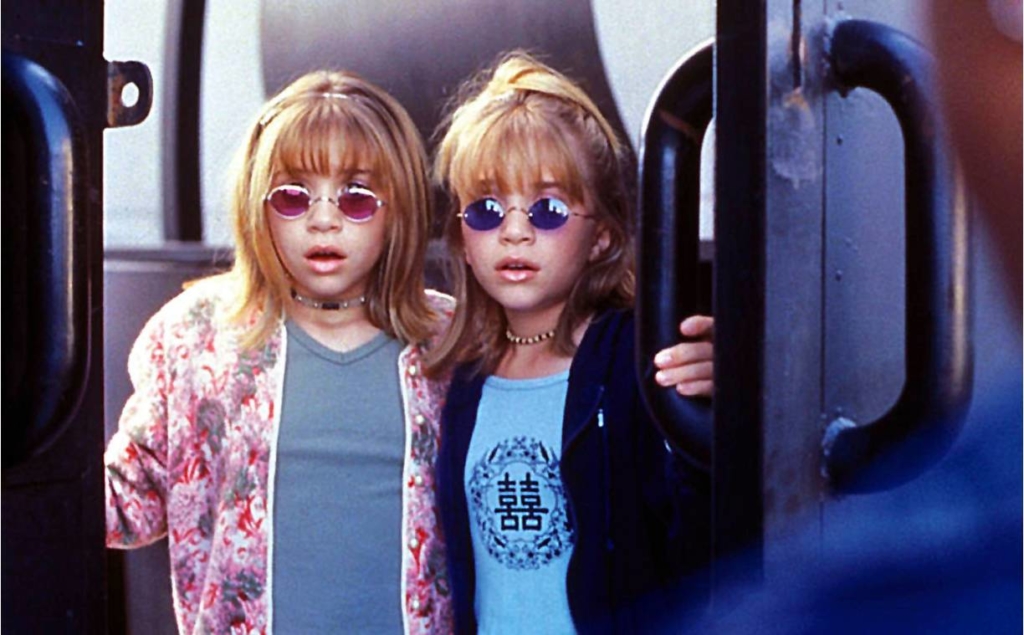 Can we take a moment to remember just how good the Olsen twins used to be? I mean, I know they’re like serious fashion designers and everything now, but the early-2000s was a really great time for their personal style — you know, before Mary-Kate invented the whole boho homeless girl with a giant Starbucks cup thing (though, I didn’t totally hate that either).

You see, yesterday was my birthday. So, naturally, I started thinking about my childhood, and my past, and blah blah blah. I went through a lot of phases throughout my adolescence, as most kids do. You’re finding your personality, your likes and dislikes — you really just don’t know who you are yet. I went from being a total Juicy Couture, Frankie B-wearing loser one day, to a Hot Topic, Ramones hoodie-wearing punk the next (I still have that sweatshirt). But the one thing that always remained constant was my total, undying love and admiration for Mary-Kate and Ashley Olsen, and particularly, their hairstyles and looks. I mean, Billboard Dad? Can we talk about that for a second?

Those tiny pink and blue shades could’ve just come off the Alexander Wang or Balenciaga runway, and those space bun/choker combos were basically the uniform at this year’s Coachella. And then there was So Little Time.

MK&A were a little older here, a little cooler. I used to sit with a notepad and take notes on how they wore their hair and makeup. And speaking of hair and makeup — Two of a Kind.

That layered haircut with a butterfly clip in the front was basically “The Rachel” for pre-teens. Of course, there was also Holiday in the Sun, in which the sisters, who up until that point had really always done the twin thing, really started to develop their own personal styles.

Ashley was always a bit more classic and feminine, while Mary-Kate often went for the more tomboyish looks. I was a Mary-Kate, obviously.

Throughout those years, there was also Passport to Paris and Winning London (both of which are great), and finally, New York Minute — the twins first (and only) major motion picture. Now, this was 2004, so right before Ashley quit acting, and Mary-Kate went off the deep end. This was also before the aforementioned Starbucks cup/oversized sunglasses era, and way before Mary-Kate was a Sarkozy. New York Minute was really the last hurrah for the Olsen Twins as we knew and loved them. But, at least, we’ll always have our memories (#NeverForget) and the hundreds of pages from my notebooks.