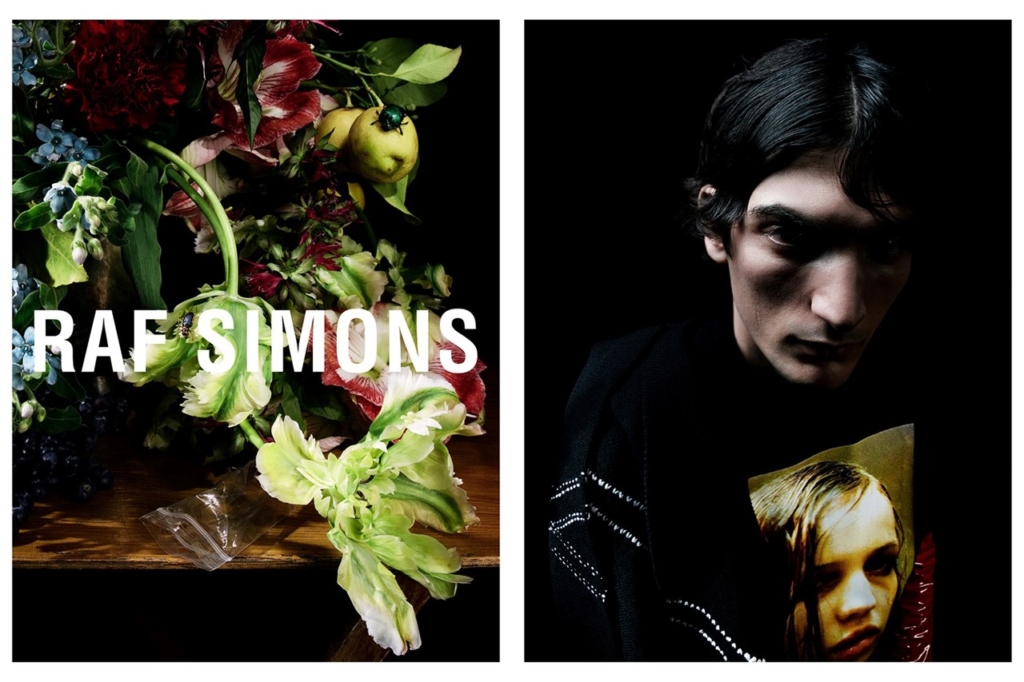 Remember when everyone in the fashion industry was like, ‘Hey, we need to stop glamourising drugs?’ Well, apparently Raf Simons missed that memo — or really just didn’t care. For his A/W ’18 collection, the designer was inspired by all illicit substances, sending patches down the runway reading “THC,” “LSD” and “2-CB,” as well as images from Glenn O’Brien and Cookie Mueller’s famous tragicomedy (aptly titled Drugs) and legendary drug movie Christiane F. Of course, some people were pretty pissed. But you know, Simons DGAF, because today he released his AW 18 campaign and it’s all about getting high. 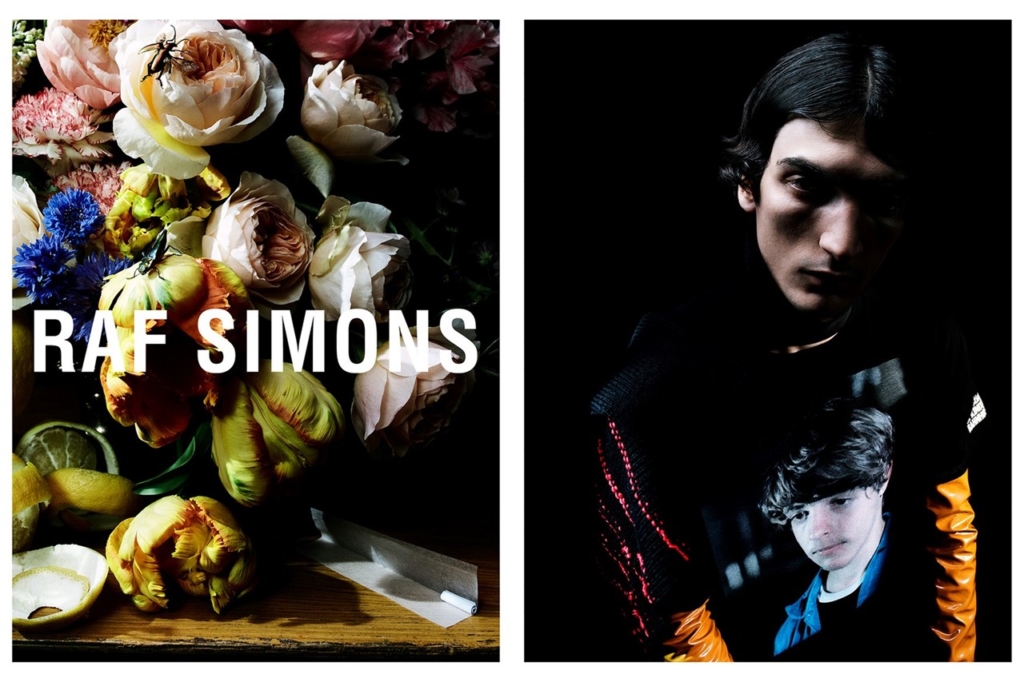 Shot by frequent Simons collaborator, Willy Vanderperre, the images juxtapose floral still-lifes with broody model portraits, both of which are filled with some obvious and not so obvious references to drugs. Like, you know, empty drug baggies and rolled up dollar bills. 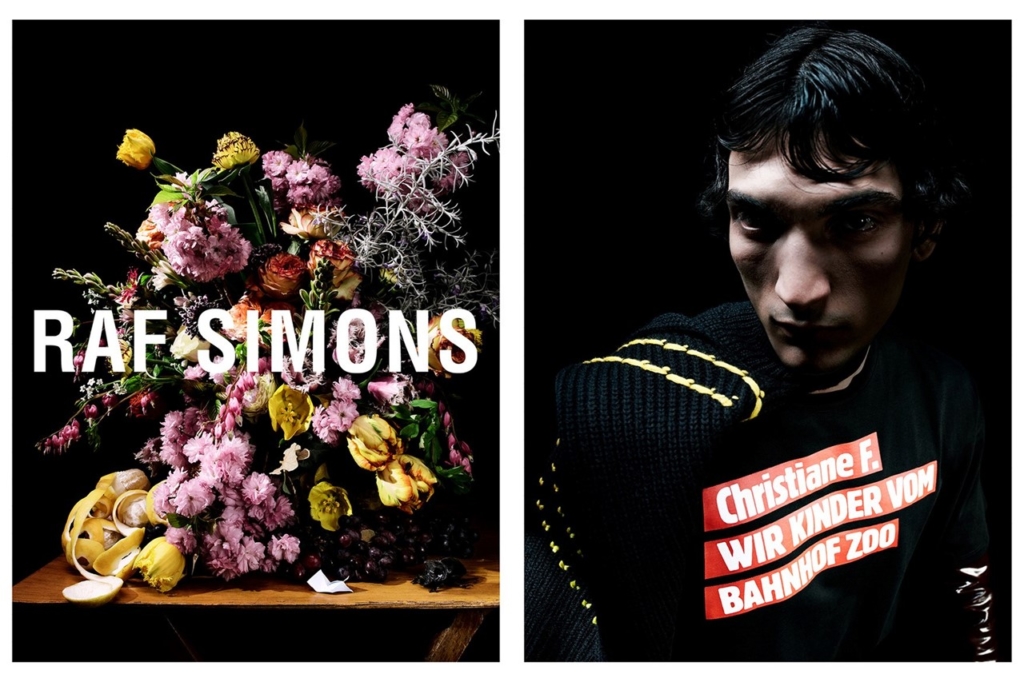 The campaign also features four Christiane F.-emblazoned shirts from the collection, including one from the famous scene at the David Bowie concert (in the film, Christiane is a huge Bowie fan and gets to see him perform in Berlin; IRL Christiane was also a huge Bowie fan, and got to do a ton of drugs with him when she was on tour promoting the movie). 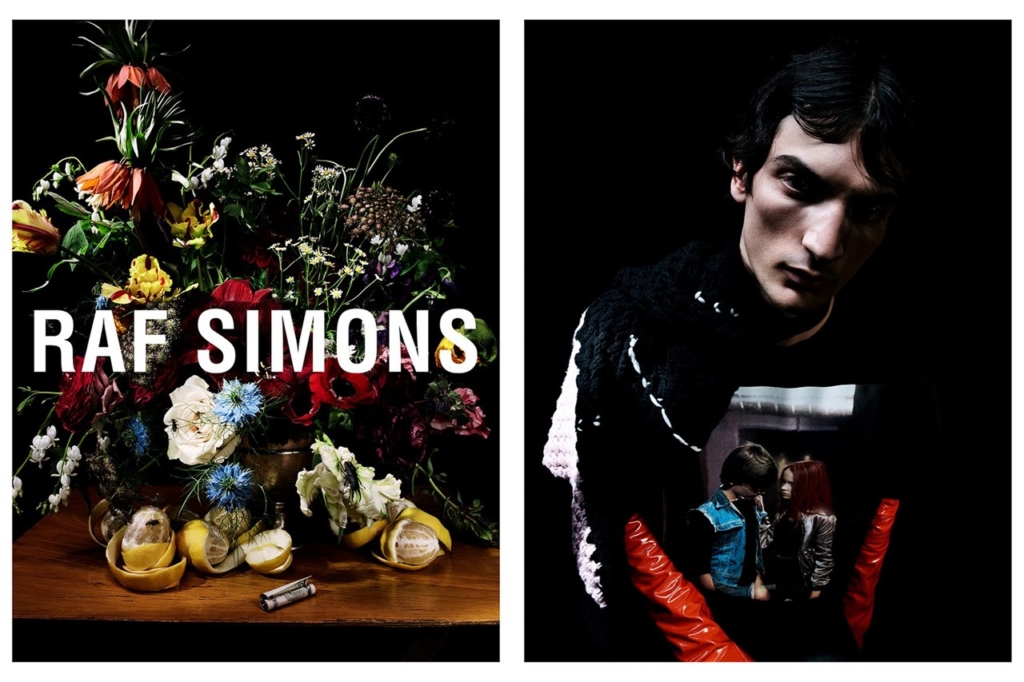 Simons’ A/W ’18 campaign dropped just hours before the designer showed his S/S ’19 collection in Paris — his first show in the city in three seasons.