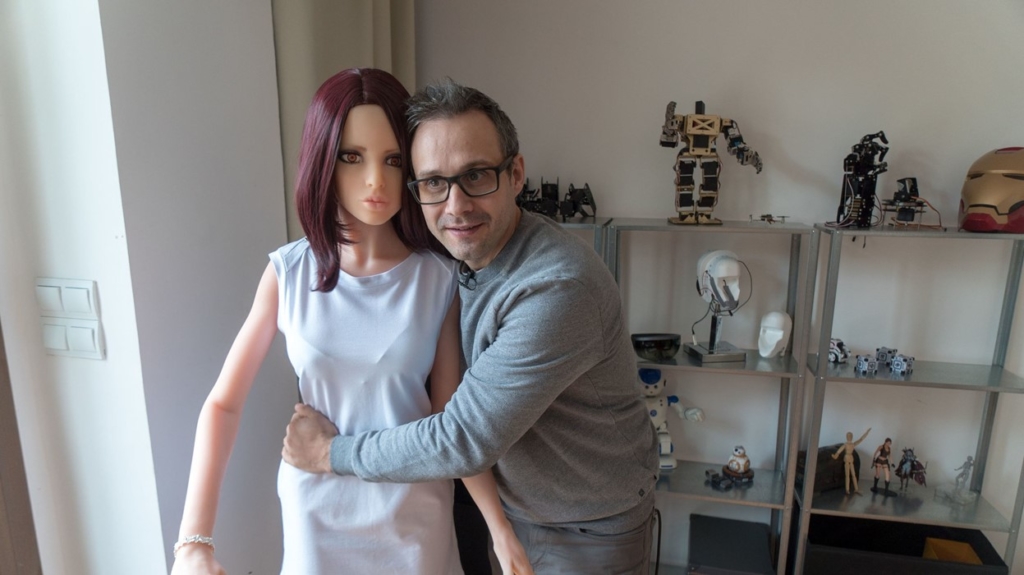 Since apparently guys still don’t know that no actually means no, the world’s most famous sex robot has been updated so she can actually consent/revoke consent for sex. Hey, at least that means dudes will be able to practice?

Samantha, the sex robot created by Spanish inventor Sergi Santos, is known as one of the most realistic and advanced robots to date. And now, with a new update Santos calls “dummy mode,” if Samantha feels she’s been disrespected or touched too aggressively, she can say no to sex. According to Santos’ recent reveal at the Life Science Centre in New Castle, England, she’ll also become lifeless if she is unsatisfied by her partner, or tired. So, what’s the point of sex robots then, again?

Though places like Moscow and Barcelona are embracing the idea, by opening up their own sex robot brothels, and even though some people are totally freaked out that sex robots will replace human women altogether, it sadly seems that the more realistic these robots become, the less appealing to men they’ll be. I mean, isn’t the point of having a sex robot so that you can have a fuck buddy to do anything you want with, without having to treat it with any sort of basic respect? Or, as total assholes like to put it, deal with the emotions, fears, likes, dislikes — you know, humanity — of another human being?

As the technology used to create robots and AI only continues to advance, the questions about their role in our society only deepen. And with updates like Samantha’s new “dummy mode,” the idea of a sex robot that’s really just there for sex, seems to be getting further and further away. No matter how much some folks like to pretend that all they want is a sexual connection with a machine devoid of any human complexities, Samantha’s new update seems to disagree.

On top of that, as robots become more and more evolved and capable of complicated — and real — human emotion, what happens to consent? Is “dummy mode” just a fun feature Santos programmed for Samantha, or should robots actually have the ability to consent for real? All I know is, men seemed to be confused by it enough already. That’s why Santos said he’s hard at work at a physical response from Samantha, as well.