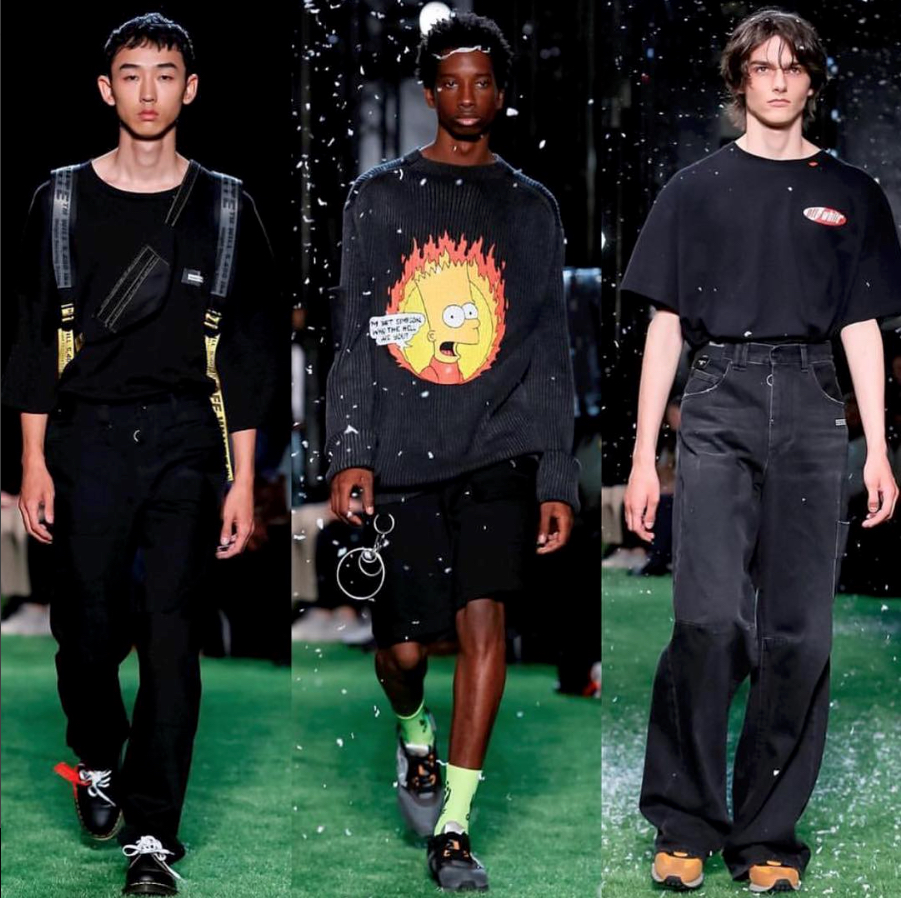 For his Off-White SS19 collection, Virgil Abloh channeled another famous fuckboy: Bart Simpson. Cowabunga dude! Presented in Paris earlier today, the collection featured a series of Simpsons imagery, along with some of Bart’s most famous phrases.

“The rebel without a cause!” Abloh told DAZED. “Bart Simpson is the face of that.”

An “ode to the teenager,” as Abloh described it, the collection also featured a collaboration with Doc Martens, and an homage to the late New York City artist Dondi White.

Of course, Off-White has been a staple for hype machines and fuckboys ever since Abloh launched it, with the designer serving as a sort of poster child for the entire artist-slash-designer-slash-skateboarding cool guy movement himself. Now that he’s included Bart Simpson on a t-shirt? Well, we’re about to see Off-White literally everywhere — and on every guy we’ve ever hated.

But, since we all can’t seem to get enough Virgil Abloh, at least we’ll be able to see his debut at Louis Vuitton menswear later this week. We can’t wait. Or, as Bart Simpson would put it, “Don’t have a cow, man.”