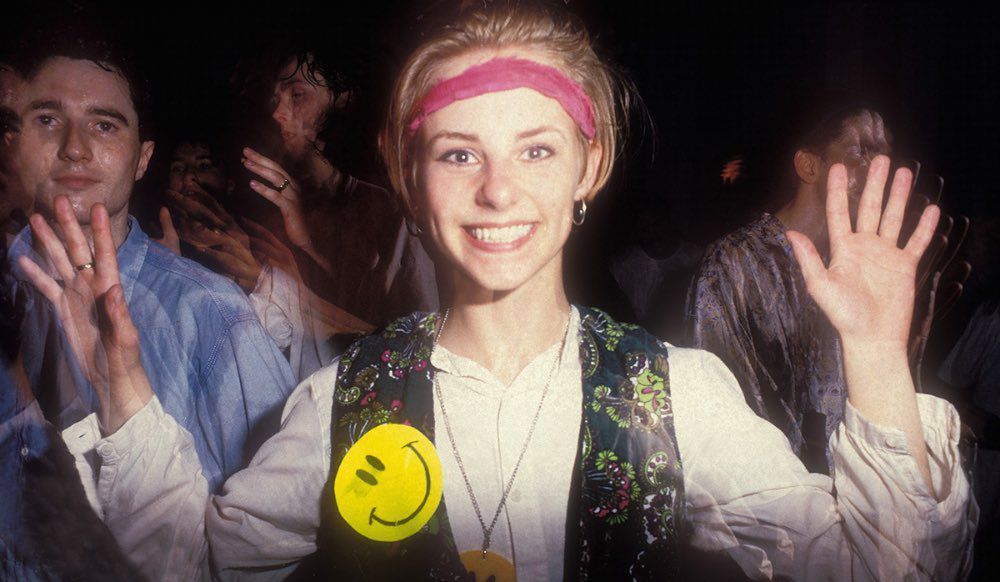 In the late 80s when UK youths were dancing eyes-closed, hands-expressive and mouths-chewing, they were calling it the Second Summer of Love. Inspired by the music and personalities that shaped this subculture, Gucci and Frieze have commissioned a series of films to explore this hazy loved-up zone.

Turner Prize winner Jeremy Deller has been tasked to uncover the roots of rave and its reshaping of 80s Britain in Everybody in The Place: An Incomplete History of Britain 1984-1992 — which will feature “rare and unseen archive materials map the journey from protest movements to abandoned warehouse raves, the white heat of industry bleeding into the chaotic release of the dancefloor.”

Filmmaker and visual artist Josh Blaaberg explores the most fun and weird side of dance music by way of Italo disco in Distant Planet: The Six Chapters of Simona. Here, he’ll “combine fiction, archive and interview to explore how emotional impulses are at the core of these and all assumptions: how reality and desire are inherently intertwined. The film imagines a universe where mid-1980s New York runs riot for the latest Italo releases and Campari fountains are installed by Presidential decree.” Um, yes please.

The films will show together for the first time at Frieze London in October 2018, with Wu Tsang’s film INTO A SPACE OF LOVE also on the bill. This one looks closely at New York house music and it’s direct relationship with a predominantly black and Latino queer community.