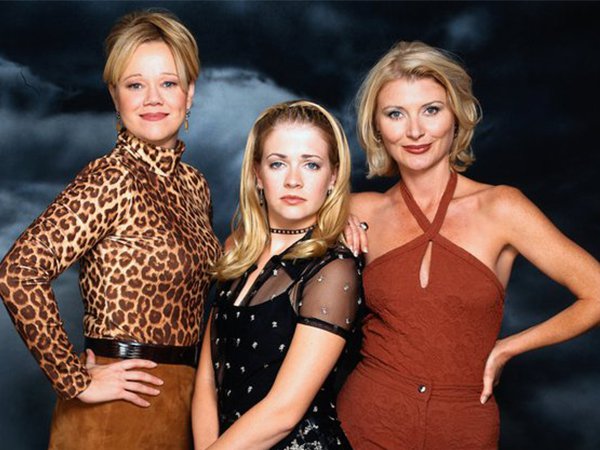 We’ve got some good news: unlike a lot of the ’90s reboots that have been popping up lately (sorry, Heathers), the new Sabrina the Teenage Witch is shaping up to look dope. And we’re excited af. Earlier today, Riverdale showrunner Roberto Aguirre-Sacasa tweeted a photo of the series’ new poster, and it looks like it’ll be named after the original Archie comic spinoff, The Chilling Adventures of Sabrina.

Something wicked this way comes.

Chilling Adventures of Sabrina is coming soon to @Netflix! pic.twitter.com/Rc5MeXYFxS

But don’t worry, according to the poster, everyone’s favorite black cat Salem, will still be in the show. Though we don’t know when the series will be released (the poster only says it’s coming soon), we do know it’ll be on Netflix, and that Kiernan Shipka will star as our Sabrina. The network described the show as “tonally in the vein of Rosemary’s Baby and The Exorcist, this adaptation finds Sabrina wrestling to reconcile her dual nature – half-witch, half-mortal – while standing against the evil forces that threaten her, her family and the daylight world humans inhabit.”

Here’s hoping it’s actually good. And that Netflix releases it all at once.