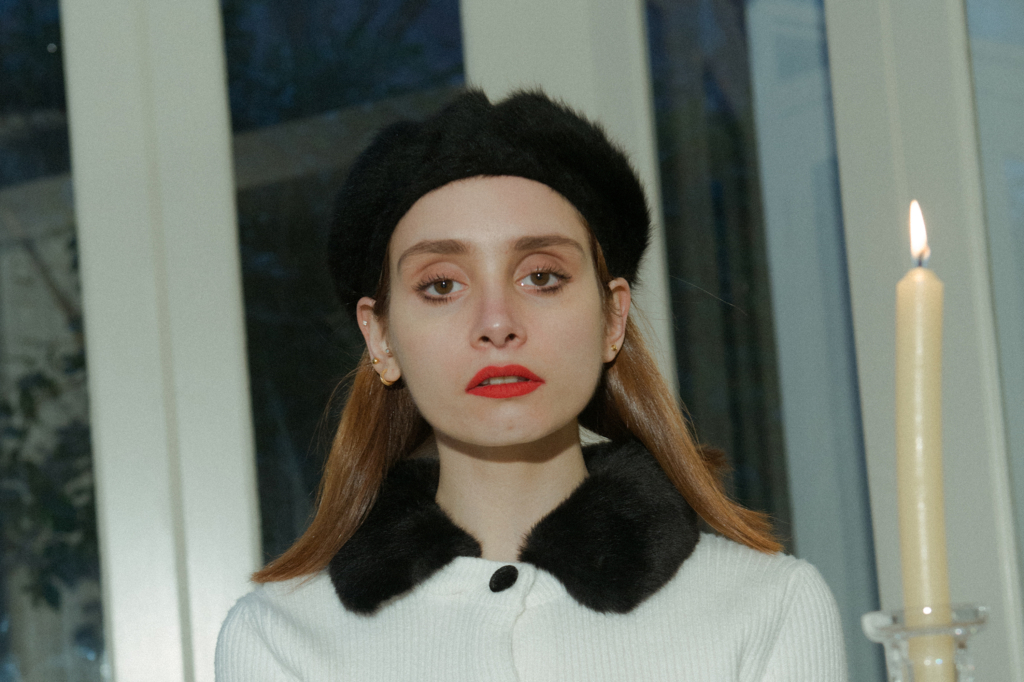 Melbourne-based beauty and musical angel, Bel, has been pushing hard to build and stretch her skills, knowledge and material for an upcoming release. Bel’s entire routine is self-directed — special personal attention is paid not just to her sonic releases, but also the visuals that accompany them (and even the styling that you see via her BTS stories on insta). Everything, down to the Off-White knee-highs, is creative expression.

In the lead up to her soon-to-be released record, Bel has worked closely with Khiera Nicole to create a shoot and short film that mirrors her creative process. Titled Flame, it serves as cementation of her personal mantras: “The fire is within me,” and “I am responsible for lighting my own flame.”

Intrigued, obviously, we spoke with Bel to find out what’s been going on since her last release, and tried to coax some info regarding the upcoming release. 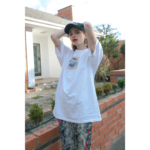 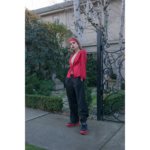 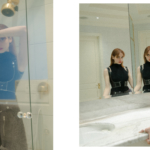 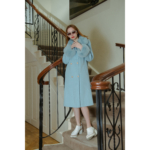 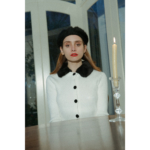 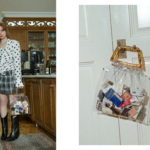 Hey Bel, you’ve had a bit of (public) downtime in the last year — what have you been up to?
The last year has been a whirlwind. After a busy debut release and touring schedule, I wanted to take some time to expand my repertoire of skills in as many ways possible. I took myself on a solo Europe venture where I worked in Scandinavia, The UK and Berlin on music and fashion projects. I wrote, produced and composed music with many incredible musicians/producers; for myself and for other artists. I am comfortable as a songwriter, but this trip allowed me to further focus on the production/mixing/mastering phases which I also thoroughly enjoy. Additionally, I wrote and produced my upcoming body of work overseas – in Stockholm. It was a special trip. Time became fluid as I took pressure of myself to “succeed” and “hit targets”, but rather create and learn as much as I could from as many people as possible.

You mentioned in private that the past year had been pretty tumultuous — did you want to go into detail?
The word tumultuous to me encompasses both beauty and difficulty. In the last 12 months, I have grown and evolved more than in all my teenage years combined. I’ve always been highly passionate, driven and hard-working to the point of unhealthy obsession. Thus, deciding to take a year to focus solely on an array of musical skills was not easy, especially post a positive debut. I thrive off movement and resent stagnation – all creatives do. However, momentum is not defined solely by what the public sees. In reality, I didn’t and haven’t stopped working on both my own musical/fashion projects, but other projects too. We live in an era where we constantly compare our behind-the-scenes lives to everyone else’s show reels. I wanted to challenge myself by applying rigour to every aspect of my personal creative journey, but in private.

On momentum, this project is looking at both the force and fragility of fire. Which trait feels most in line with your right now? Are you feeling forceful or fragile?
I am fragile and forceful always; I welcome both feelings with open arms. However, if I had to choose in this moment – I’d say right now I am breathing fire! I’ve had my year of behind the scenes intense artistic growth and progress, and now I am eager to release what I have been working on!

And can you tell me a bit about your relationship with Khiera Nicole, who you worked with on this?
I met Khiera after a friend showed me her work on Instagram. I was looking for a photographer with a special eye to shoot some BTS for my upcoming release. When I saw her work, I was dumbfounded by her unique perspective and attention to detail. I hadn’t seen anything like it before. When I met her, I was even more stunned by her precision and gift, but her heart too. We became friends instantly. This friendship came hand in hand with a complimentary creative partnership that has yielded several collaborations – including this one of course. She will kill me for adding this but we pretty much planned and did everything for this collaboration in an afternoon, a day or two before she jetted off to shoot in Asia.

And did you work on the treatment together, or, whose ideas formed it?
This story was inspired by my most recent tattoo, an abstract flame – shocker! I’m a sucker for metaphors, and it quickly occurred to me how fascinating fire is; so fragile yet so powerful, similarly to the creative process in general. I took this notion to Khiera, and from there we developed the rest together. We shot parts of the video/photos in my home which made it super special. I’m super connected to my family, as is Khiera, so we both love incorporating these values into our work. It’s a nice partnership as we have entirely different skill sets and had completely different roles in this process.

Is collaboration a big part of your creative output? Are you working with any other people right now / can you tell me who you worked with when your were travelling and writing?
I used to be kind of anti-collaboration when I was a teenager who believed that in order to be a valid and worthy creative, you must complete every part of the creative process solo. I couldn’t have been more wrong. I thrive off collaboration now. The amount I have learnt in various collaborations has been indescribably invaluable. Collaboration is a necessary part of making any piece of work great – music, fashion, art or anything in between! I have advanced so much as a composer and producer in particular because of collaborations. I just got back from a writing trip where I worked with Polographia, Seekae, Dro Carey, Taka Perry, Hamish Dixon etc. That was super fun! Overseas I loved working with the family at The Kennel in Stockholm. They house some of the most gifted producers/songwriters in the world, I think over 100 #1 global hits between the few producers there? Absolutely nuts. So that was a real luxury that I am grateful to have experienced.

You kinda use fashion as a silent collaboration too, right? I mean your image is pretty reliant on trendy stuff. Why is this?
Yes absolutely! Fashion has played a more important role in my life than most realise. I felt pretty out of place growing up, and as cliché as it sounds, fashion played an enormous role in “setting me free” from the weirdness and displacement I felt within. If you look at the definition of and criteria for art, fashion fits every one of the points. I always have and still view it as a way to express and extend who I am. I believe music and fashion (both art forms) are intertwined, so having an extensive knowledge of fashion is important. This has led me to dabble in heaps of styling work and various collaborations which I never planned or expected. It’s exciting. So many other things I’d love to do in this field. Regarding the way I dress, I have never tried to adhere to trends. When I was 16 and the only one in my year dressing like a florescent goth, I certainly was not considered “trendy” – quite the opposite. I did what I felt like. I still do, irrespective of societal trends.

Were you always super into posh fashion or did your music persona allow you to have more freedom/purpose with dressing?
I was definitely not always into ‘posh’ or ‘designer’ fashion. It was not a viable or realistic way to shop as a teenager for the obvious reasons. I’d go to op shops, second hand stores, vintage markets and bigger institutions like Kmart or Big W and buy random shit in hope of transforming them into something fresh. I terribly painted a pair of $11 dollar boots once, then tried to redeem them by sticking fake pearls and studs all over them. I quickly ceased the DIY approach (I sucked at it anyway). With the money I saved from random part time jobs, I began to eBay hunt for designer & archive/runway items – that’s when the fun really began! I became obsessed with learning about fashion history, the business of fashion, design approach and everything in between. I learnt which designers I connected with, and which ones I didn’t. Being on stage or styling any kind of musical project for myself allows me the opportunity to fulfil both of my passions at once. Music has not necessarily permitted me more freedom to dress the way I feel, it’s merely granted me more opportunities to do so. In turn, I am able to share more of myself with others.

Do you remember buying your first designer piece?
I remember it as clear as day. Makes me giggle now. I saved up for an entire year when I was 16 to purchase the Alexander Wang Rockie bag with rose gold hardware. I was so unbelievably proud of myself, and beyond ecstatic. I remember staring at it for hours and holding it close to me like a new born child. Upon reflection, it signified so much more than just a designer bag. It was a rebirth. From that moment, I slowly came into my own. For some, fashion can act as a mask to hide behind – for me it’s the exact opposite (truly). I feel my most vulnerable and my most powerful at once because of this development.

And do you have a wardrobe fav that you’ll never part with?
I’m normally pretty good with letting things come and go. I’m generally quite minimalistic outside of fashion. Everyone has their vice, right?? However, I don’t get attached to things and enjoy the simple pleasures. I would feel comfortable parting ways or selling ways with most of my things minus a few more sentimental items. Though, I waited two years to find the Louis Vuitton 2015 F/W red monogram flower heel boots with detailed cut outs. I wouldn’t be too happy if they suddenly disappeared ha!

So, after a rough and rewarding 2017/18, what does the year ahead hold for you? What are you working on and dreaming of?
After a busy, beautiful, messy, spontaneous and extremely productive year, I may or may not be unleashing a stack of new music very shortly. I also may or may not have a new live show ready and national/international shows on the horizon. This is all I’ll say for now, and it’s taking a lot of restraint I can assure you!