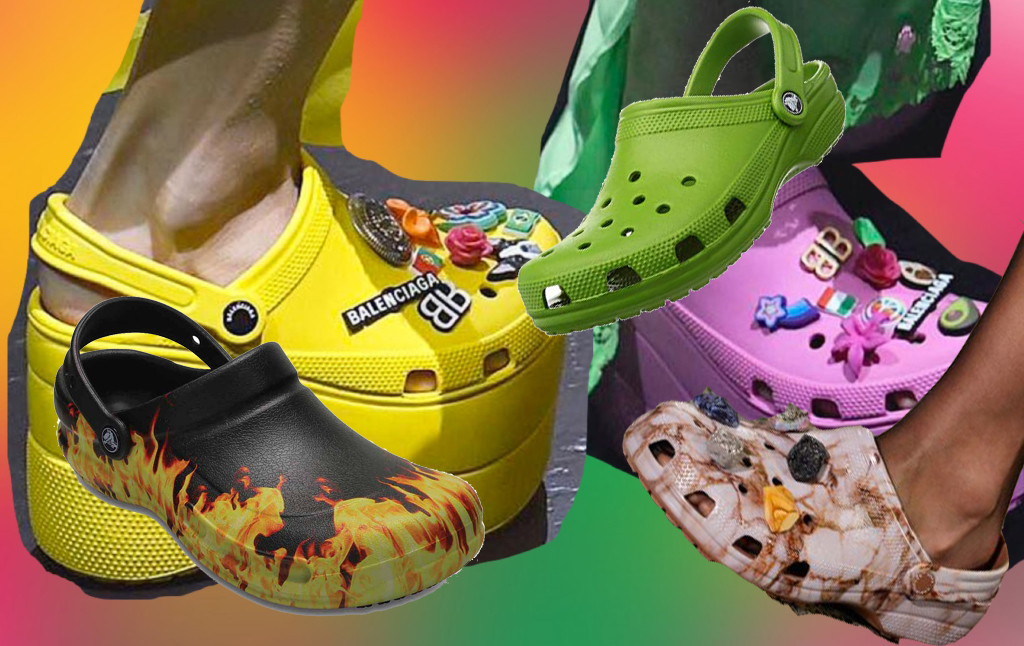 Dynamic, versatile, adaptable, ironic, fugly — all words that describe Crocs, the foam clog that has existed for 16 polarising years. But today they are officially, actually over.

Crocs announced that it would be shutting all of its manufacturing plants and its chief financial officer will be resigning. 28 retail locations have already closed because of declining sales numbers. I guess it’s tough to create demand for an indestructible clown foot that theoretically only needs to be bought once.

While the shoe was an instant hit for hospo workers and enthusiastic middle-aged travellers, it also wound up on Time’s 2010 list of ‘Worst Inventions’. Fashion people despised them for ages until mid-00s aesthetic and dare-devil how-ugly-can-you-get trends peaked — then we saw Christopher Kane plugging the holes with jewels and Balenciaga chucking a platty on them with some spikes and logos, and they were very much in.

Bye for now though.