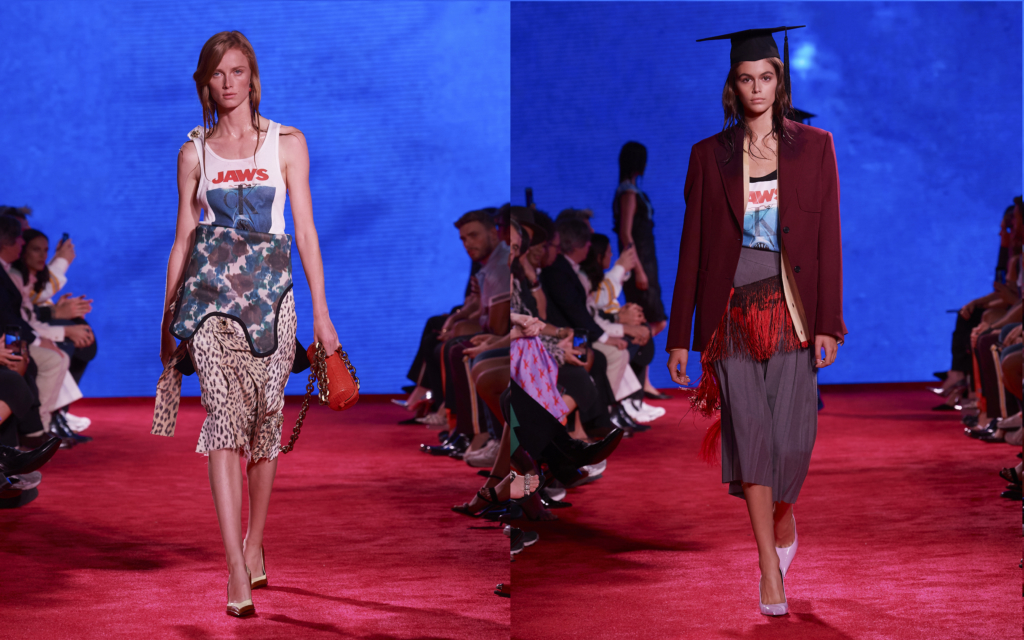 Raf is taking Calvin Klein’s distinctly American heritage very seriously in his Creative role with the brand. Constantly pushing to explore America — its identity, its rebellion, its obsessions and its reality — he takes nostalgic blips from it’s pop culture timeline in order to explain its present.

“The landscape of America – literal and psychological – inspires Calvin Klein,” Raf said in a press release. “A journey through America leads, inevitably, to the edge of the landscape: the beach. At the beach there is this incredible idea of beauty, but also a tension – between land and ocean, a feeling of two worlds meeting, maybe colliding. There’s a sense of the unexpected – and always, a temptation. For me, JAWS perfectly exemplifies these notions.”

“I’ve always been fascinated by the dress codes of different generations – of mothers and daughters, fathers and sons; how the changes between different generations of families reflect the changes of American society,” He continued. “I love the movie The Graduate and the different family dynamics at play. Like the film, this collection explores taboos and temptations, shifts in culture and community, but ultimately, the overarching theme is love.”

So throughout the collection we saw refs to graduation robes, school blazers, mid-century American couture and textiles, Andy Warhol imagery of Stephen Sprouse, diving gear, half-off wetsuits, and of course the mighty JAWS film poster. Watch it below: