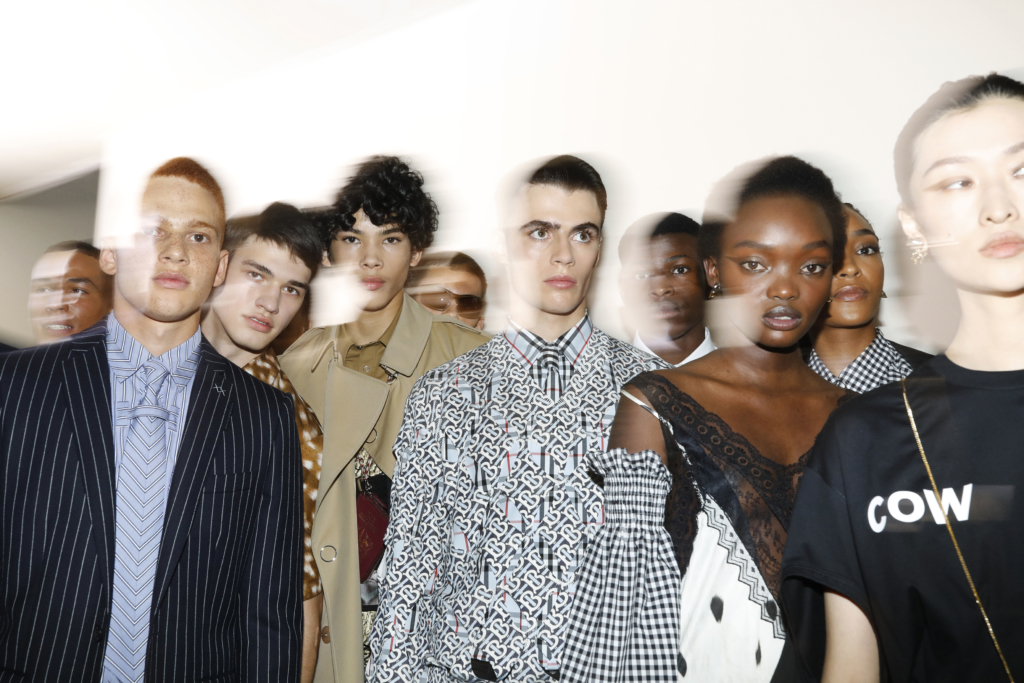 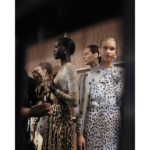 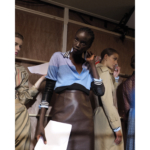 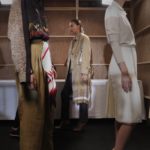 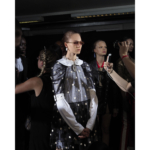 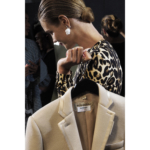 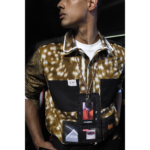 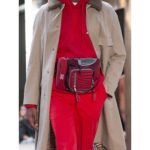 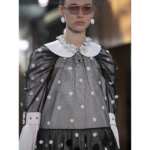 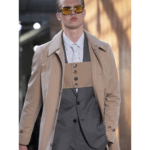 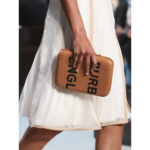 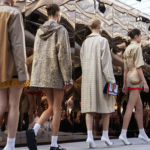 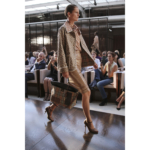 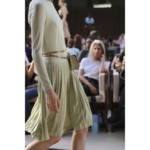 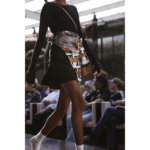 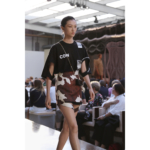 Riccardo Tisci made his Burberry debut overnight and, despite cute criticism on the new white choc-dipped pretzel monogram, he certainly knocked it outta the park.

Titled ‘Kingdom’, because Britain, the collection celebrates all of the little facets pushing and pulling between tradition and rebellion in England. Tisci carefully refreshed Burberry’s heritage, giving the iconic check new life as a stripe:

Classic suiting/trenching was disrupted with chains, loops and locks:

And his taste for sportswear crept in at the end:

The new direction for @burberry - love it or leave it? #burberry #mensfashion #mensfashion

While the references to old and new, sleek and grit were broad and many, the looks were completely refined into a story that made sense. A visual metaphor for the very welcome shift at the house, maybe. Confirmed by those passport accessories, which stamped a firm allegiance to the ground Tisci stands on, while also making a hopeful statement with the subtle “PASTFUTURE” detailing.

Watch the whole thing roll out below: