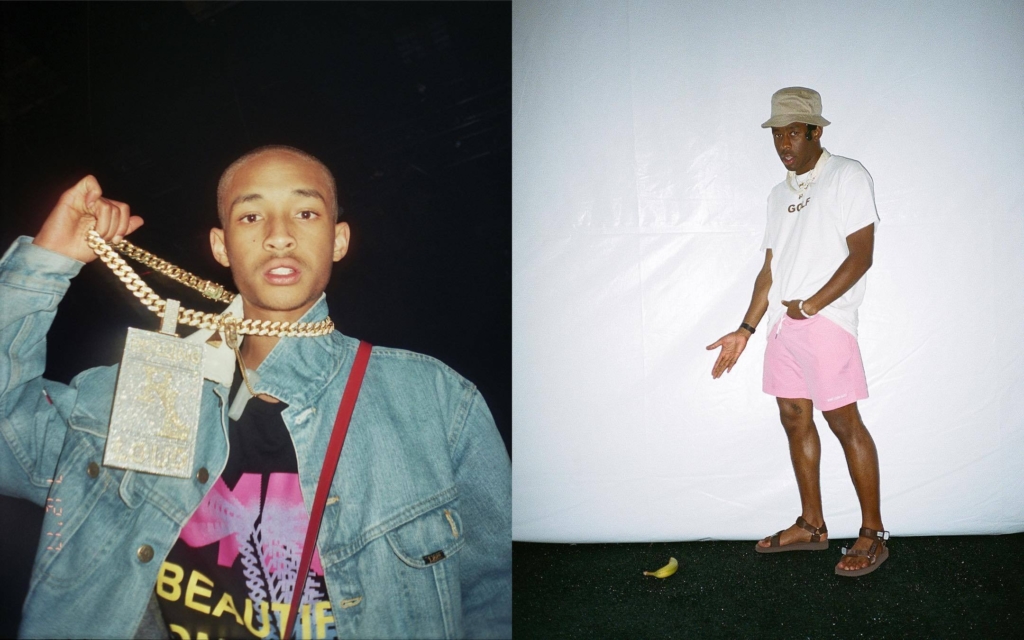 If you weren’t at Camp Flog Gnaw this weekend (don’t worry, we’ll have you covered with pics soon), then you might not know the most important news of 2018 — or maybe ever: Tyler, the Creator and Jaden Smith might be dating.

Over the weekend, while onstage at Tyler’s music festival, Jaden took the mic and shared that he and Tyler are officially IAR.

But seriously, could this be true? Tyler is sort of out of the closet, having shared on Twitter earlier this year that he came out and no one cared. Plus, Jaden took to Twitter after his performance to double down.

“Yup @tylerthecreator I Told Everyone You Can’t Deny It Now,” he wrote.

So, could this be true!?!? Could this really be the definition of #RelationshipGoals!?!?!

Who knows. I mean, this is Jaden Smith — the guy who reads Quantum Physics in his spare time, believes in Prana energy and whose main life goal is “to be just the most craziest person of all time.”

And Tyler’s not so reliable either. Our Oyster 114 cover star is reliably the most unreliable narrator of his own story. If there’s anything we do know about him it’s that he’s almost always fucking around.

But what if it is true!? Tyler has long been linked to Kendall Jenner and Jaden did date Kylie for a super long time…so….it’s kind of possible?

If not, at least maybe we’ll get some really hot Fifty Shades-style fan fiction.