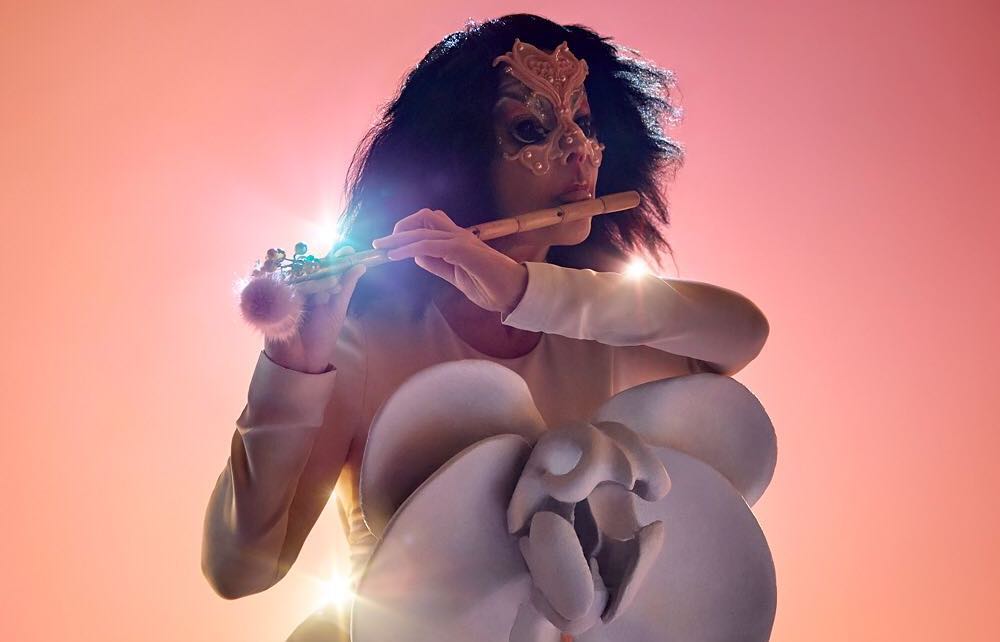 If there’s anyone in the world who knows how to really put on a show, it’s none other than Icelandic singer/fairy/nymph/goddess/alien queen Björk. And apparently, she’s just getting started.

Earlier today, the singer took to Instagram to share that she’d be putting on her “most elaborate show yet” this coming spring in Manhattan. We have questions. Namely, how could things become more elaborate in the world of Björk? Of course, answers are thin.

As part of Hudson Yard’s new performance space, The Shed, opening, she will debut Cornicopia, an experience “where the acoustic and digital will shake hands, encouraged by a bespoke team of collaborators,” including frequent companion and mask maker James T. Merry, Broadway director John Tiffany and the female flute ensemble that performed on her most recent record, Utopia. Björk also tapped Iris Van Herpern to create visuals for the piece.

While that’s all we know about the show so far, it’s pretty much all we need to. Come spring we’ll be at The Shed sitting front row (or, if we know Björk, front womb or something equally crazy).