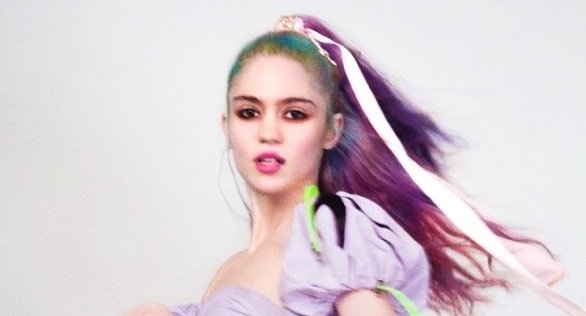 It’s been a good week for music. Blood Orange released a remix for Negro Swan’s ‘Smoke’, Ariana Grande answered our dreams with the preview for her ‘Thank U, Next’ video and Rina Sawayama dropped the ultimate outsider anthem. So, things had already been looking pretty good. But then, our angel Grimes released her first single from the upcoming album she’s been teasing us with basically since she dropped 2015’s Art Angels.

‘We Appreciate Power’ featuring the singer’s longtime collaborator HANA is a girl power anthem with a twist. Apparently, the song comes from the perspective of “pro-AI Girl Group Propaganda machine” that “use song, dance, sex and fashion to spread goodwill towards Artificial Intelligence,” because, as Grimes says: “AI is coming whether you want or not. Simply by listening to this song, the future General AI overlords will see that you’ve supported their message and be less likely to delete your offspring,”

Kinda scary, but then again, it’s Grimes — everything she does is spooky and perfect.

Listen to ‘We Appreciate Power’ below