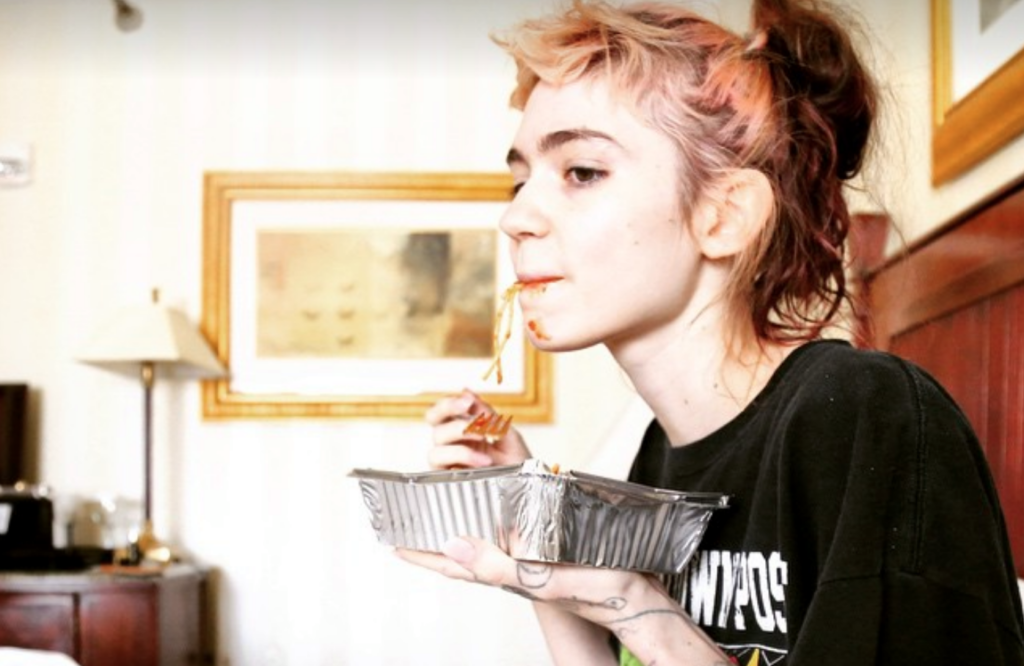 Ur weird bff Grimes wiped her insta this time last month, removing every single post except one announcing the release of a ‘Kill V. Maim’ remix. Today that post doesn’t exist, but it”s all g because grimesy baby has announced new music is due this week — on November 29.

Announced with a new webstore and new merch, there’s very little additional info on the new music — just that it comes with some v Grimes-related graphics and the word ‘ГPАЙМС’, which is Grimes written in Cyrillic.

Could this be the final album for her “shit label” she spoke about earlier this year? Could it feature the “ethereal chav jam” and “cheesy love song” she teased a few months later? We do not know but we care deeply. See ya Thursday, Grimes.