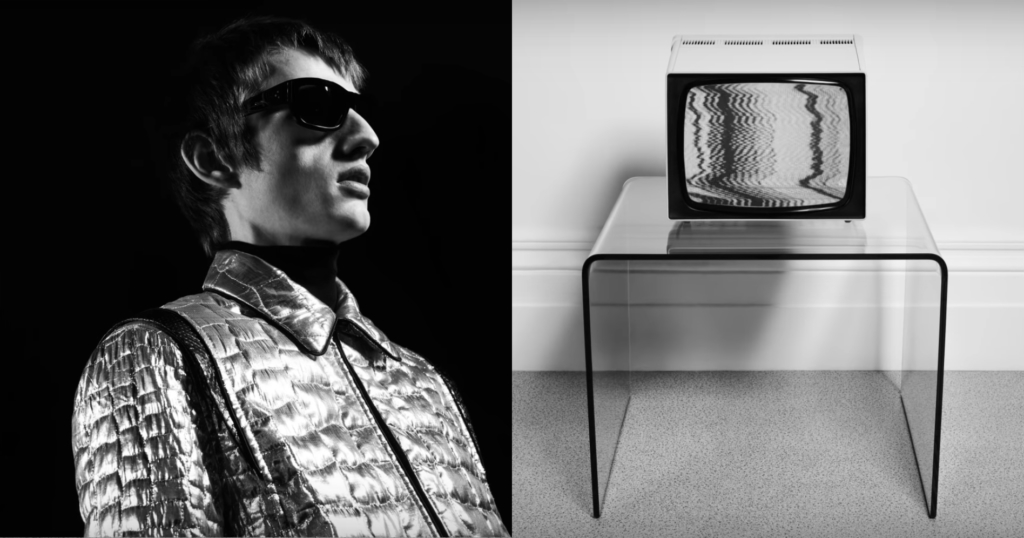 Things are changing over at Celine. Ever since Hedi Slimane took the reigns from Phoebe Philo (and dropped the accented e), he’s taken the brand in a completely new direction — one that’s, well, really Hedi Slimane.

After presenting his debut collection in Paris last September, which included menswear looks for the first time for the brand, the designer announced he would be giving the line its own presentation. Now, he’s also given it its own campaign.

For his first menswear campaign for the label, Slimane shot still images and re-worked them into a film featuring music by forgotten 80s new wave band, Ruth. The video contrasts the SS19 collection with images of vintage television sets and retro static. It’s part Saint Laurent, part the Dior Homme that famously led to Lagerfeld’s weight-loss, part post punk, and very much a new era for Celine. Watch it below.