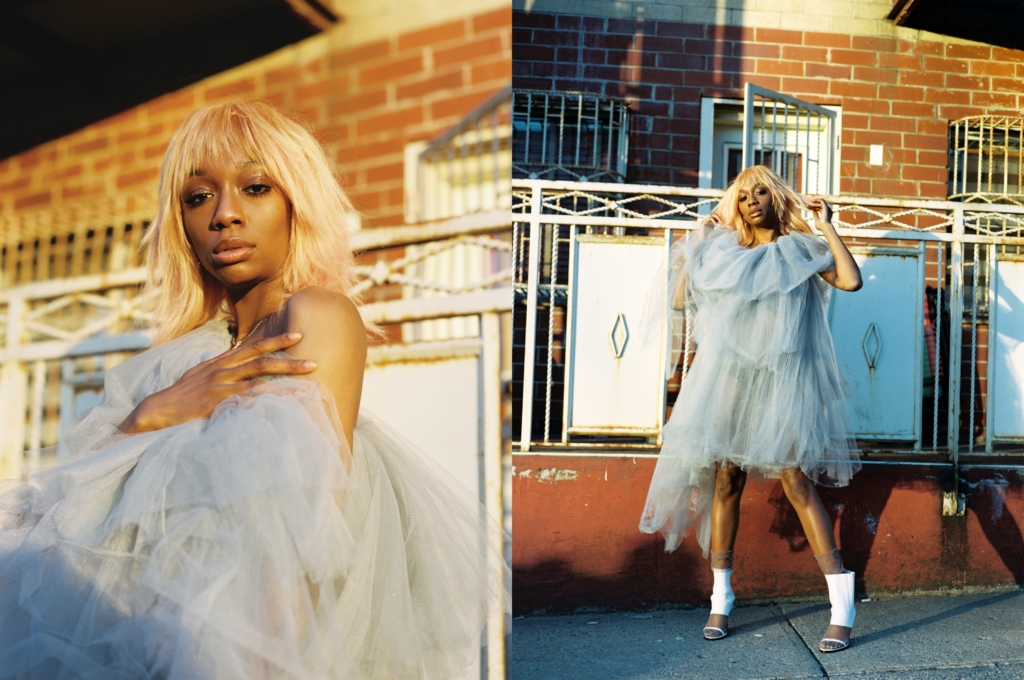 Junglepussy is a hell of a name — and rapper. Though, because of that name, 26-year-old Shayna McHayle has been left out of articles, off Best Of lists and cut from television appearances. Because, as she puts it, “Everyone’s afraid of some Junglepussy.”

We first heard the artist in 2015, when she released what was actually her second record, Pregnant with Success. But McHayle got her real start in 2013, when she uploaded a track called ‘Cream Team’ to YouTube. Later that year, she opened for Lil’ Kim. 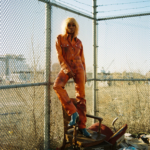 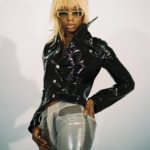 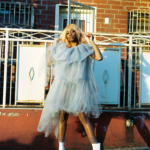 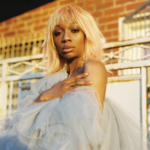 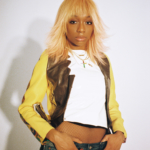 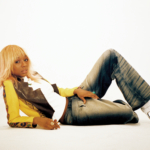 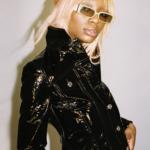 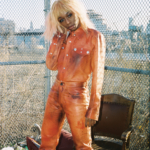 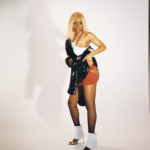 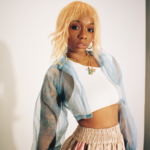 But whether it was because of her name, or the male-dominated nature of the hip-hop scene, or the media being truly scared of strong, outspoken, black women, Junglepussy remained one of New York’s best-kept secrets — at the time, even her parents didn’t know about her career.

Fast forward to 2018 and Junglepussy is the name on the tip of everyone’s lips. With her latest record, JP3, the rapper has survived the drama and come back dropping hits. Now, she’s no longer hidden — she’s on the runway walking for brands like Namilia, profiled in magazines and headlining her own US tour. And if it’s up to her, at least, this is all just the beginning. People might be afraid of Junglepussy, but she’s not afraid of anything. 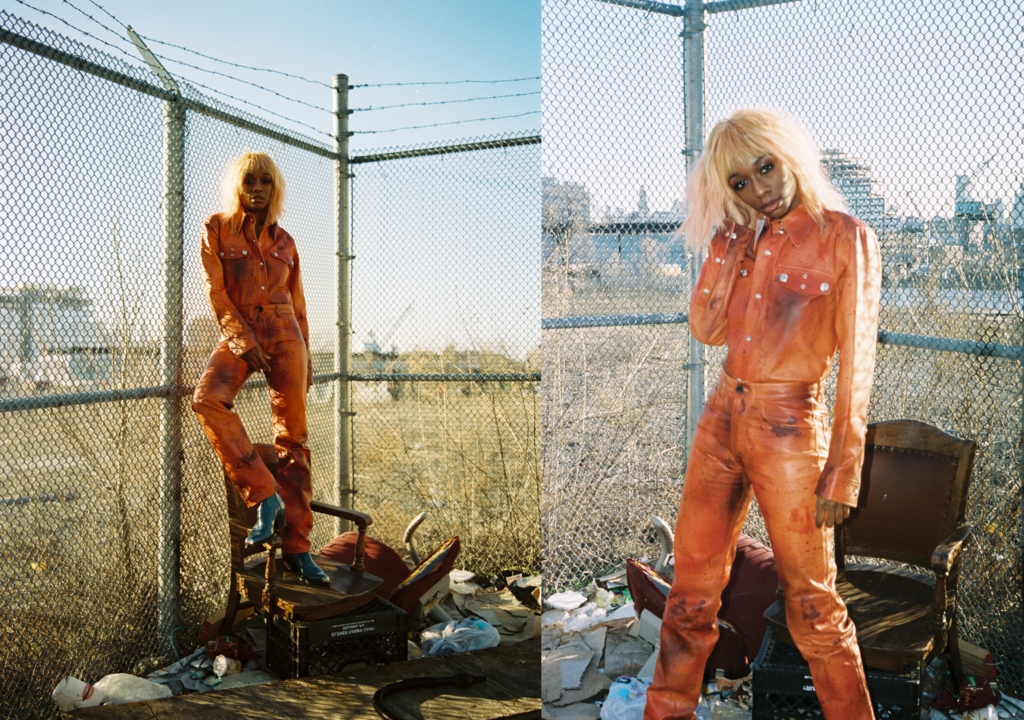 Alexandra Weiss: You recently released a new album. How does it compare to your previous music?

Shayna McHayle: On my first two projects, I did a lot of venting, but this one I really wanted to just talk about love. I’ve talked enough about what people have done to hurt me in the past. Now, I just want to talk about me and being in situations where I’m loved — not the other way around.

I feel like there’s two kinds of musicians — the kind who use music to process their emotions and the kind whose music is more narrative, and not rooted in anything that’s really happened to them. What kind of writer are you?

I’m definitely a mix of both. I mean, I can’t just pull stuff from something that isn’t at least somewhat from inside of me — that’s why it takes me so long to put out my projects. I have to live life fully to be able to translate all of my feelings from experiences to words and into music. Sometimes I wish I was the kind of person where, if something happens, I can process it and write about it immediately. Maybe I’ll grow into that. But things happen to me everyday and I need time to really feel them out. It makes me feel like, ‘Damn, I want to be the kind of songwriter that just picks up my pen and spits things out.’ But whatever, it works for me.

Have you always written that way? Or how have you grown as an artist?

I’ve definitely changed a lot and I’m always trying to move forward. But I’m also never trying to neglect my past. I mean, Pregnant With Success is where I came from, you know? It’s part of me and who I am.

Do you consider your music political?

Obviously, JP3 opens with a song called ‘State of the Union’… To be honest, ‘State of the Union’ was an old song that was supposed to be on Pregnant With Success. I just found it in my email randomly and thought it was so relevant to everything that’s happening right now. It wasn’t called that when I found it, though. I ended up naming it that because I was watching the State of the Union Address and just thought, ‘Holy shit! This is all fake. This is all lies.’ People were just sitting there clapping… So, I was like, ‘No, that’s what I’m going to name my song. If ya’ll are going to clap and clap for lies and lies, ya’ll better clap for my truth.’ 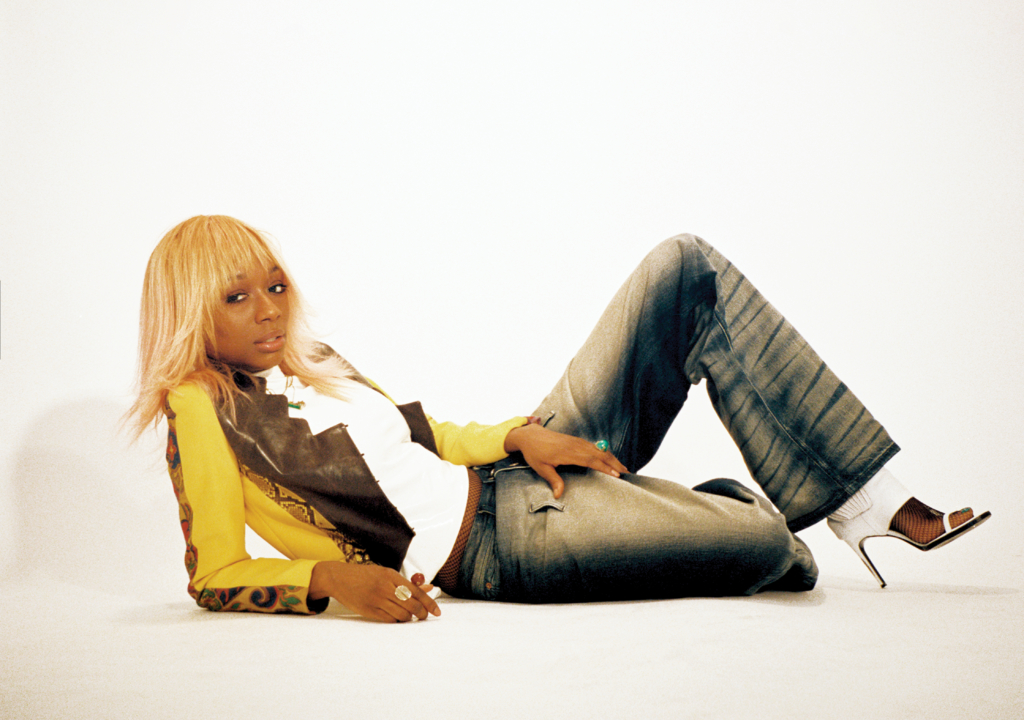 So, you were just reacting to what you were seeing.

Yeah, but this project is really about letting go. I think too much and I’m trying to learn to just chill the fuck out. I have my vision and I’m not trying to preach to anyone. I just need to keep learning and continuing to grow. That’s my big thing right now — letting go of how I think things are supposed to be, and accepting them for how they actually are.

In this climate, though, I feel like a lot of people are looking to artists for answers, or for how they should feel about certain topics. Do you feel that pressure?

I definitely feel pressure — I feel it all the time. And I think that’s why it took me so long to put out new music. But the climate’s calling for it. Being a black woman and having the platform I do, I know I have to use it to some extent for something that’s greater than my own benefit. I’m super sensitive and really emotional, and I’m actually dealing with this shit, not as a second party, and not just as an artist who’s empathetic, but as someone who has a black family, who is living it and feeling it. So, writing the record, I wanted to express those feelings, but I wanted to escape them too. It’s like, ya’ll have your journals and I have my music — this is how I get through my shit. But in JP3, I’m definitely trying to uplift black women. I’m always trying to do that, even when it’s not so obvious, it’s there.

In a lot of ways, your form of resistance is just being yourself as a black woman, in this era of Trump, making rap with a name like Junglepussy…

That’s what I think — just being myself is political. But I have so much more to do. It’s just hard, be-cause I never planned to do any of this, so I’m liter-ally learning step by step by step and there’s a lot to grasp, especially when you’ve never thought about it before. It’s a lot. And the way things are with the nature of the internet, makes it even harder. Some days I want to be super political but don’t want to put it on Instagram. But then, it’s like I’m not doing my part. But why can’t I be political in private? Why can’t I just have these talks with my friends when I meet up with them and not broadcast it to all of my followers? People expect so much from black people and black artists. Country singers — they don’t have to think about this stuff. Before I figured out I wanted to do music, I went to FIT for fashion merchandising, where all I had to do was figure out my craft. Now it’s like, ‘You always have to do more, girl.’ It’s just —

Yeah. But I’m getting comfortable with being uncomfortable. Like, I love to chill and get a massage and relax, but those feelings are fleeting. They’re never going to be a long-lasting as I wish they were. So, I need to be comfortable when I’m not feeling those feelings and be more appreciative when I am. I mean, I’m only going to keep getting more lit if I keep making this poppin’ music. So, it’s like, ‘Get used to it, girl.’ I’m putting my big girl panties on.

Right. It’s such a strange time to be an artist, or some-one with a platform, because everything you say or do is on the internet forever. So, if you release a song like ‘State of the Union’, the next time you post a selfie, people look at it through the same political lens.

Yeah, and how does someone plan for something like that? I didn’t even plan on being a musician, let alone someone people actually look to for stuff. So, I’ve just given up on trying to figure it out. All I have is me, myself — that’s all I can offer people and I’m only going to share what I want. Plus, as a Scorpio, I’m naturally private, so I’m not going to give everything up just because people do that on the internet. I mean, I have so many stories and situations of adversity I’ve faced that I’ve never told anyone — I’m saving it for my E! True Hollywood Story! 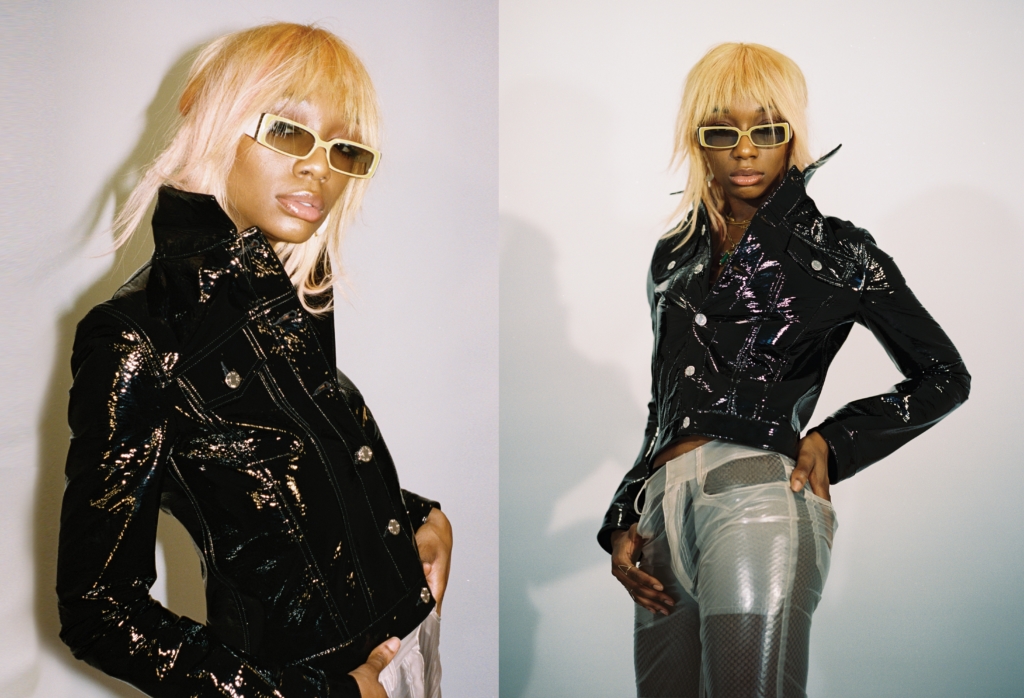 How do you decide what do you want to share?

It’s really hard and scary. Of course, there are people who do it so well and just come up with these paragraphs like, ‘Here is my day, these are my thoughts’, just spitting it out. But words are so powerful to me. Once I started putting out my songs and realized people were listening to me, I wanted to take responsibility for the things I talk about. I know I used to be reckless with my words — sometimes, I still am. But I made a conscious decision when I started all of this, that I would always be honest with my words, the way I’m honest with my music.

Do you think your music is a good expression of who you are? Or is Junglepussy just a character?

If you weren’t doing music, what do you think you’d be doing?

I think that I would own a juice bar and just be minding my own business.

A juice bar? Is that what’s next for Junglepussy?

I just want to help people live and just be me. And I want to be on TV. I have a list of all the foul things they say on national television: pussy, bitch, fuck, ass and dick, of course. So, they can definitely say Junglepussy. I’m just like, ‘I’m waiting for y’all. One day, when I drop that poppin’ new music, y’all are going to put me on TV.’ I don’t want to hear no ifs, ands or buts. That’s what I really hope — that Junglepussy is just knocking down those doors and showing the world ‘Hey, you claim you love black women so much, you’re really going to look at Junglepussy as something other than excellent? Please. Bye bitch.’