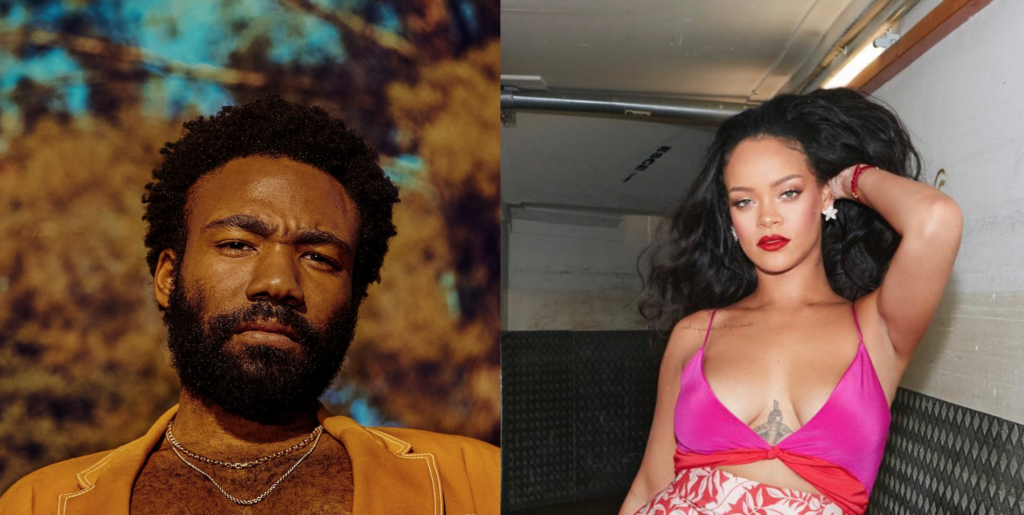 Hello and welcome to the greatest day of your life so far: the day that it is absolutely confirmed that Rihanna and Donald Glover will co-star in a new film, titled Guava Island, which already has a trailer.

This incredible gift was brought forth over the weekend at Donald Glover’s PHAROS Festival, where apparently phones were confiscated and locked away while the trailer was screened in private. Of course, some ballsy hero snuck her phone in and filmed the miracle. Watch below and stand by for release info.

Watch a Fan Video of the Teaser Trailer For ‘Guava Island,’ a Childish Gambino Film . #GuavaIsland is a #ChildishGambino film starring #DonaldGlover, #Rihanna, #LetitiaWright, and #NonsoAnozie and directed by #HiroMurai. The trailer was played exclusively at the PHAROS event in New Zealand for participants to watch. . Note: The fan video excludes the beginning of the trailer. . Visit ForeverChildish.com to watch the video (link in bio)