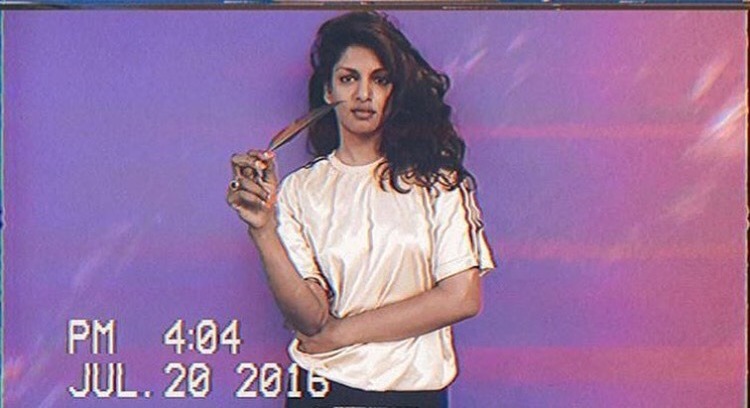 We’ve been waiting to see the new M.I.A. documentary, MATANGI/MAYA/M.I.A. ever since she announced it’s release earlier this year. Now our dreams have finally come true — the doc is available for streaming on iTunes, Google Play and VOD. Happy Holidays from us.

The film, which chronicles the life and career of our favourite Sri Lankan rapper on her “journey from refugee immigrant to pop star,” has been in the works for years, with director Steve Loveridge following the artist from the very beginning of her career. The iTunes version of the documentary actually includes previously unreleased footage of her first live performance ever. Talk about a throwback.

After it premiered at Sundance last year, M.I.A. said she was hesitant about releasing the film, which dives into her childhood spent surviving Sri Lanka’s civil war and her ongoing political work and fight against censorship. In fact, the singer recently announced her effective retirement from music because of the latter.

“I think you can say conflict is, like, the subject matter there,” she said about the documentary during an appearance on The Daily Show with Trevor Noah. “People say it’s chaos but it’s not. It’s conflict and contradictions.”

M.I.A. who’s been notoriously outspoken about her political beliefs, and in her music, is actually pretty private when it comes to her real life. But with MATANGI/MAYA/M.I.A. we get an all access pass.

Peep the trailer, below.