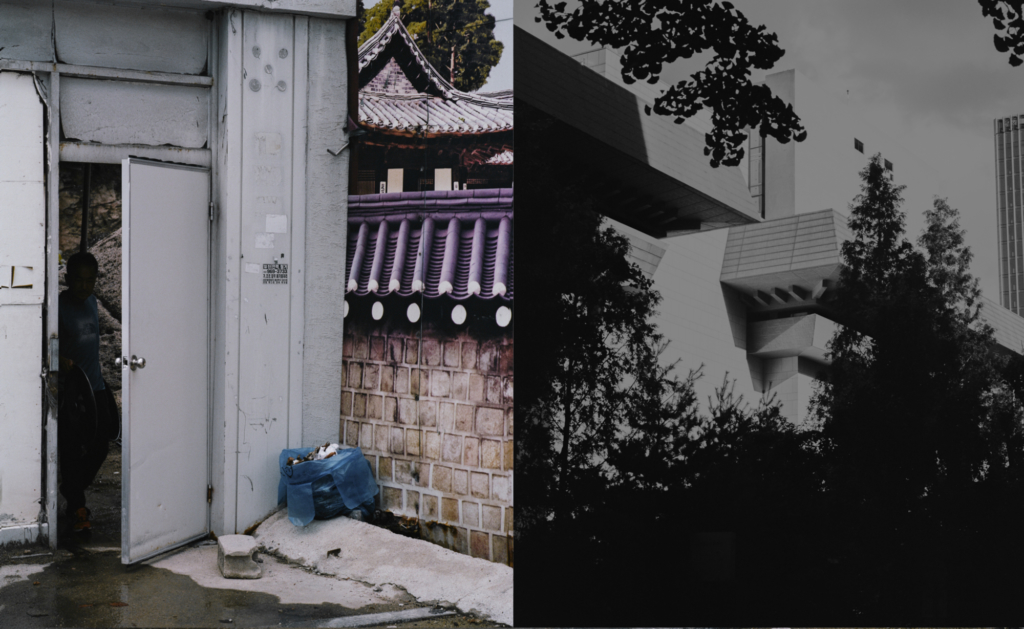 Australian photographer, Alex Johnstone, who has recently been based in Seoul, generally takes photos of people. There is a sensitivity in his photographs — which likely comes from a superhuman understanding of light hitting faces and chests and hands, and the way shadows roll off clothing and brick walls. But there’s also a firmness in the way he frames things — as if he is saying, “this is what I see and I need you to see it too.” Romantic? Yep. And so is his recently-exhibited body of work ‘From Pollen and Pavement’, which looks at an urban environment’s relationship with flora (be it real or fake).

Interested, we hit Alex’s inbox with our Meet The Artist Q+A. This is what we got:

Where did you grow up and where do you live now?
I grew up between Sydney and London, predominantly in Australia. I have been based in Seoul, South Korea for the most part of this year however will be returning back to Sydney shortly.

What were you into in high school?
Most of the things I’m still interested in now, but I guess I wasn’t as focused or clear minded on what I wanted. Making photographs was always present though.

In what ways have you changed since then?
In many ways I would hope I have changed a lot! I felt pretty restricted creatively due to the people and my surroundings, high school was a pretty toxic environment for me. I’m now really lucky to be surrounded by lots of amazing friends in different cities really pushing their craft and constantly inspiring/supporting me.

Do you remember the first time you realised you were good at taking photos?
The first time I ever made a photograph that had an impact on me was about 10 years ago in Egypt. It’s not really an image I would make now, however it was silhouetted Feluccas against sand dunes at dusk. For me this was a turning point in understanding the possibilities that could be made with a camera. 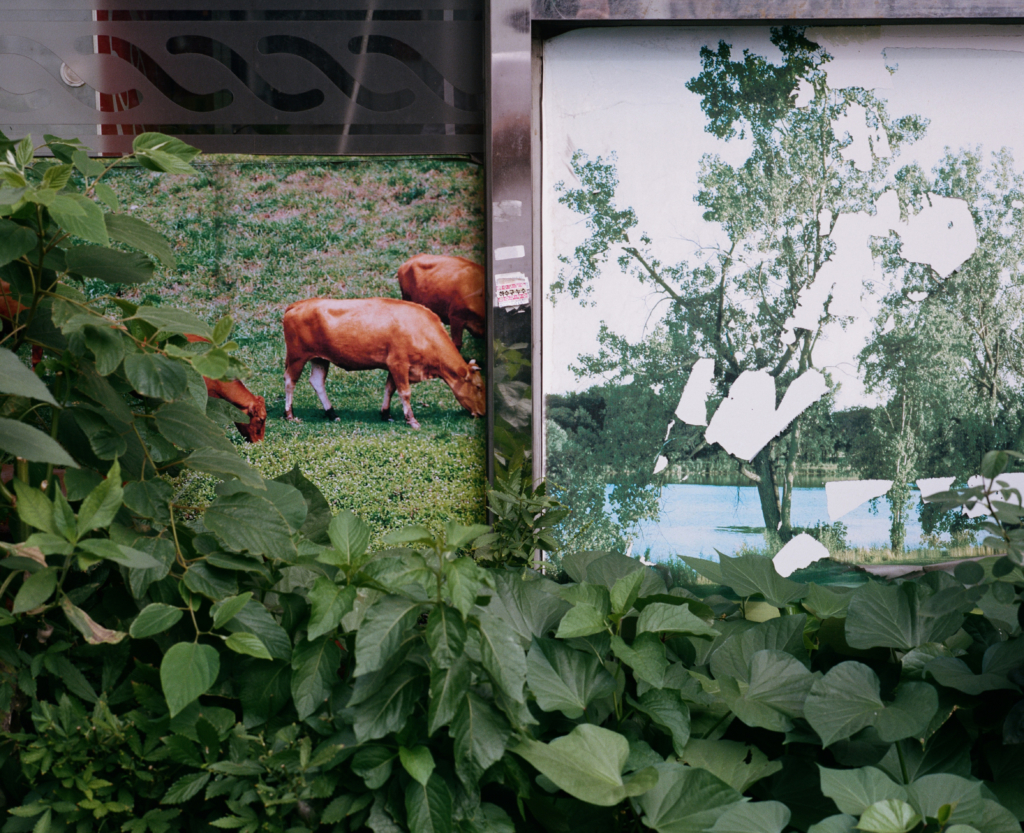 What do you think makes a good photo?
For me, I get excited about the way in which a photograph is lit as well as how it is framed.

You exhibited some work in Tokyo recently — your first solo show, which looks at nature’s relationship with urban structures, right? — can you tell us a little bit about it, like where it was shot and what spurred the series?
Correct, it was my first solo exhibition held in Tokyo a few hundred meters up from Shibuya crossing. The series, which is still ongoing, was shot in Asia Pacific and Europe. The exhibition space was really small and it didn’t feel right to exhibit any previous works in their entirety, so I took the opportunity to show an ongoing project with the aim to gauge feedback. The series titled ‘From Pollen and Pavement’ is an aim to try and understand the relationship of urban structures and flora as we develop in the place of nature. I was often noticing in high density cities the scarcity of nature and in its place lots of faux plants or large scale advertisements depicting serene scenes of natural landscapes. It started to become such a common juxtaposition it felt right to start the project.

It’s a solo show, but did you work with anyone to put it together?
Technically no, but I definitely want to give a big thank you to Joanna Kawecki!

And why Shibuya?
I have been lucky to travel often to Japan over the past few years and the opportunity just happened to arise there. Japanese photography and the Japanese photobook have been really influential on me, so I felt very blessed to have exhibited there.

The last time we spoke, you were in Seoul. Are you still living there?
Correct, still in Seoul. 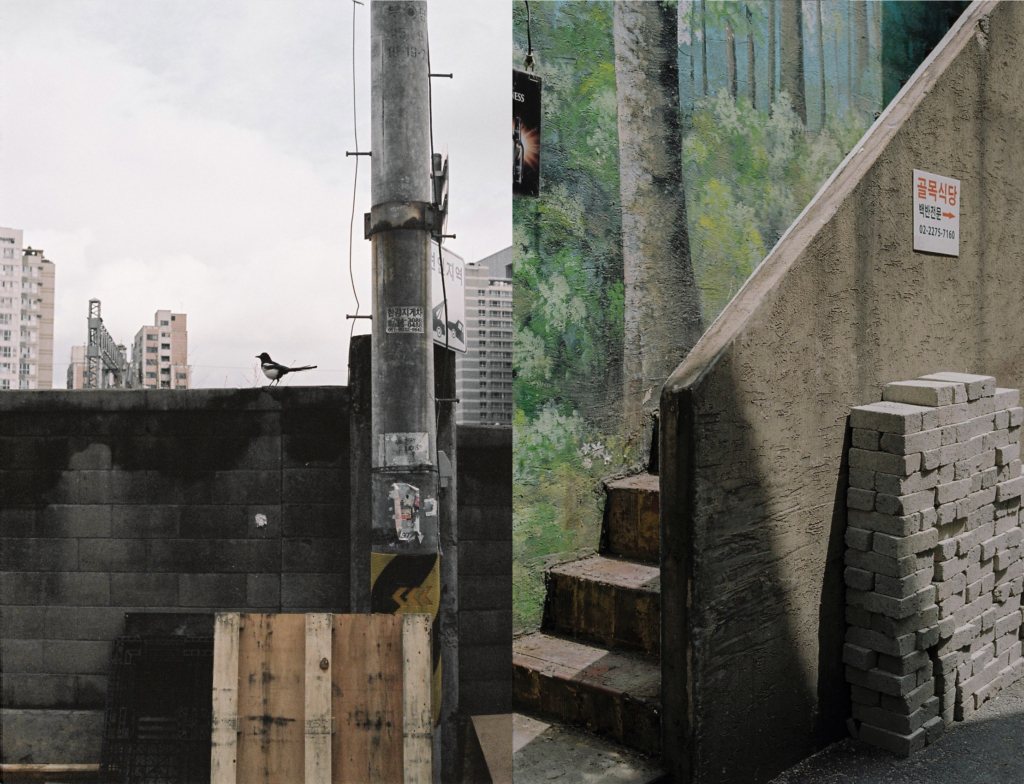 Where is your favourite place to shoot?
Outside.

Can you describe the best photograph you’ve ever taken?
I think this is a hard question to answer and changes often. Im really happy with the photographs from my series ‘The Manx Flour Mill’ which was shot last year on the Isle of Man.

Do you prefer to take photos of people or architecture?
They both have their own pros and cons. For me, portraiture is generally more rewarding.

If you could stay a certain age forever what would it be?
23.

What scares you most?
Having to work a desk job in a corporate environment.

Best piece of advice you ever received?
I didn’t receive it directly but the advice in Ryan McGinley’s speech for the 2014 Parsons graduates always stuck with me. “Show up early, hold your own light and don’t expect to get paid.”

What is a skill you wish you possessed?
Pattern making.

Which three people (dead or alive) would be your dream subjects?
Dev Hynes, Anthony Bourdain and Sofie Royer.

What’s on rotation on your soundcloud at the moment?
Bone Soda, Free Collision, Tzusing, Ko Saito and Burning Rose Records.

What’s up next for you, now that the exhibition opening is done?
I’m looking forward to coming back to Australia with fresh eyes to create and learn as much as I can in 2019! 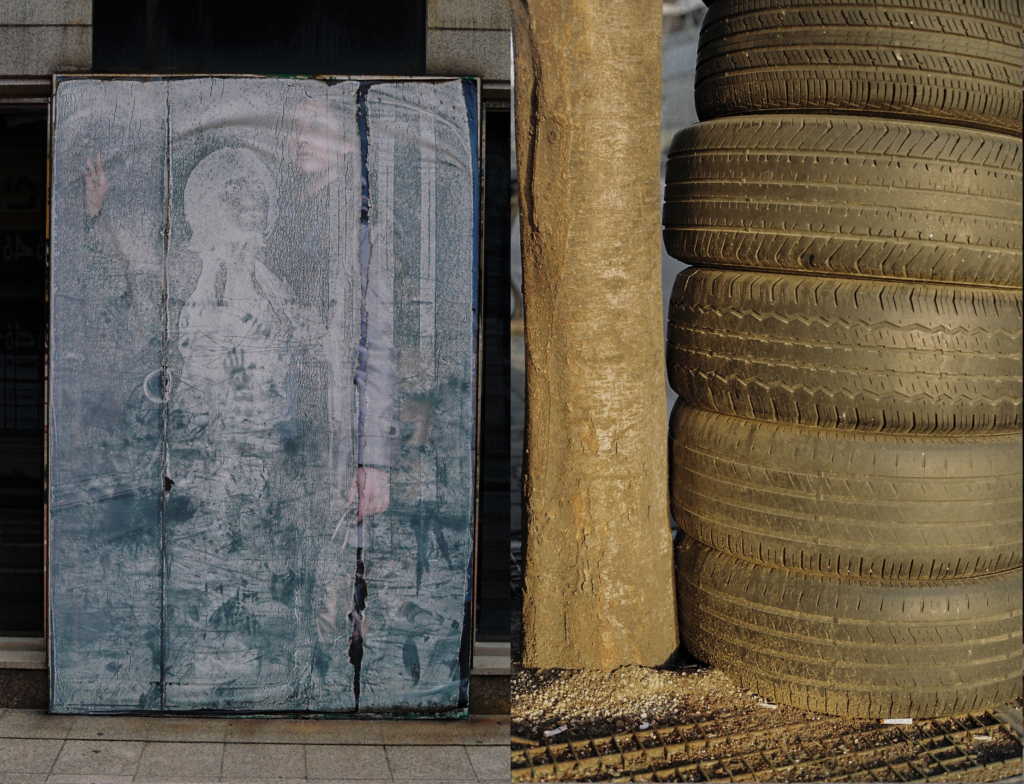