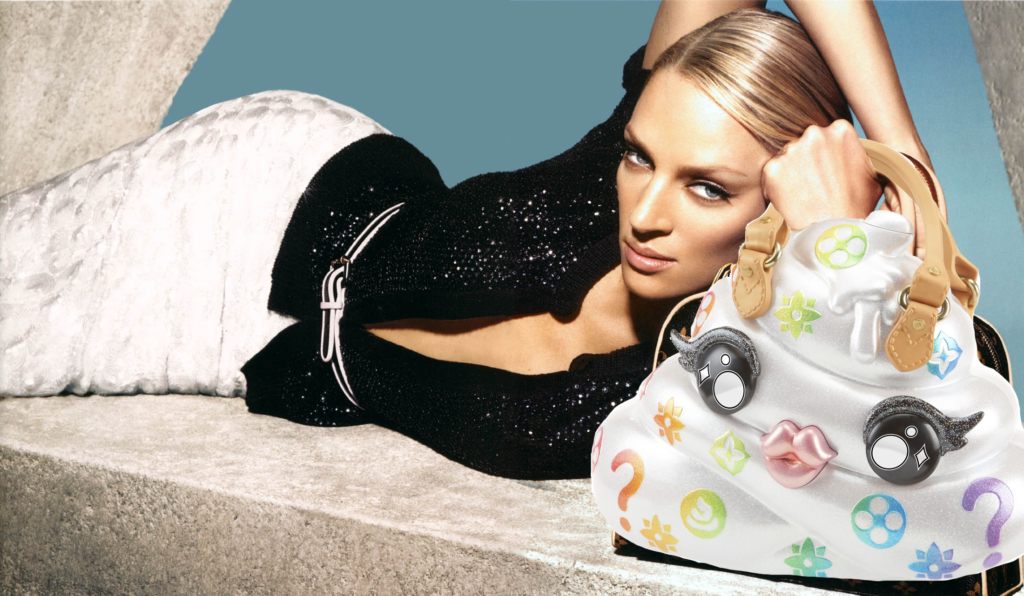 A recently released item for children (but says who?) has recently become the must-have accessory of the season. Shaped like a turd emoji and painted like Louis Vuitton’s Multicolore Takashi Murakami collab pieces, it’s built to carry a surprise slime kit but we’re betting our phones, keys and wallets are fitting in there too.

First spotted on Alexander Fury’s insta, who says he is obsessed with Pooey, we can confirm the item’s wish list appeal with a long line of approving comments from fashion’s elite.

OBSESSED WITH POOEY PUITTON. And my primo photoshop skills are available for hire.

Jason Wu wants “one in every colour”; Bryan Boy “needs it”; Drag Race star Detox says it’s a “staple for the Holigays”; Peter Copping, who knows a thing or two about architecture, gives it three thumbs up and a love heart; and Marc Jacobs, who once served at Louis Vuitton and it was under his eye that the Murakami collab came about, comments “Gurl, don’t get me started!! 😂”.

Pooey even has resale value! Originally priced at $69 at Walmart and Target, she now fetches at least double on eBay and Amazon.