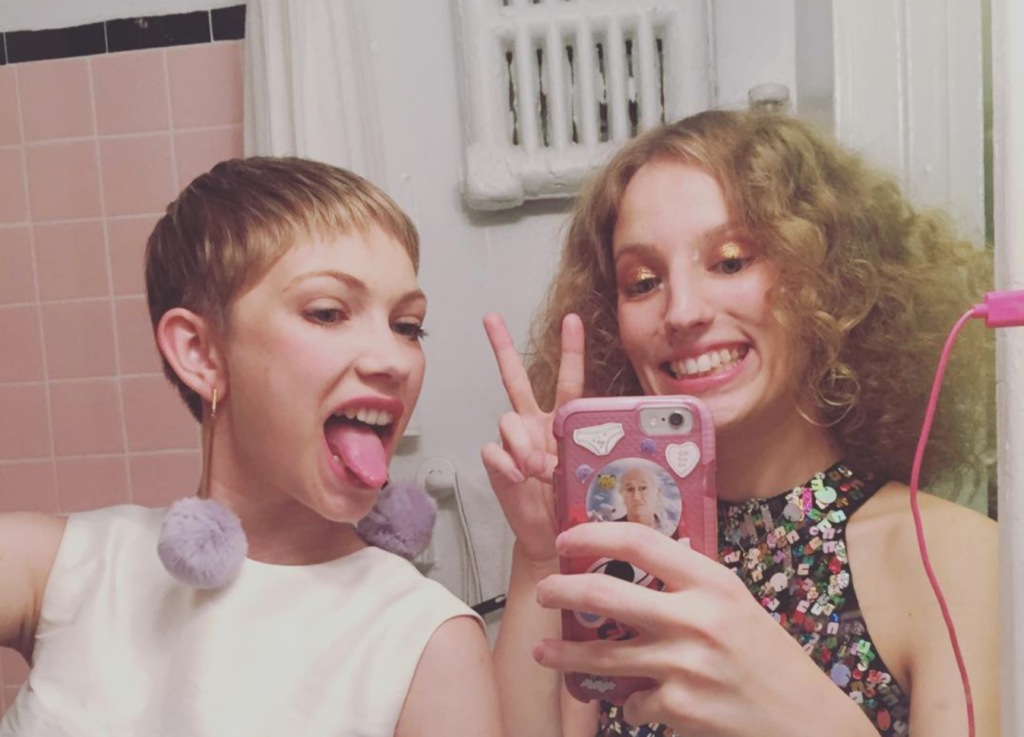 Tavi Gevinson has announced that her most excellent project, website, business, life bible, Rookie, will be closing. In an editor’s letter published on Friday, she explained in depth both the business and personal reasons she made the decision. It’s a lot.

Having started the project when she was a tiny (but big!) 15-year-old, you can imagine that this choice hasn’t come easy. And having been a core influence for so many women, especially those dipping their toes into feminism, and a platform that launched careers for women like Petra Collins, the news hasn’t come easy either.

“Rookie started in 2011, and to remind you where technology was then, I had a slide phone and no Instagram account. When I got home from school every day, I looked at websites on a desktop computer… Nowadays, social media gets more of people’s eyeballs than publications do. Publications can use social media to promote their content but it is rare to get people to actually click out of an app and look at it. Also, Twitter, Instagram, YouTube, etc., now exert more control over what you see, based on which accounts are best at posting according to those platforms’ ever-changing algorithms.” Tavi begins to say, of the changing internet environment that has provided her with no fruit to continue.

“The options were: selling Rookie to a bigger media company, partnering with one of those media companies, getting investors, or asking readers for donations or subscriptions,” she continues. “In the meantime, we could no longer afford to have an office or as big a team of editors.”

Tavi also talks about the personal reasons: anxiety, stress, imposter syndrome, being “an intense wench who’s ground her teeth since she was a foetus because I care about what I do and I’m ambitious and I want shit.”

“But one problem with thinking you know what you want, with being good at locating words, and with being praised a lot for both of these things, is that it is hard to notice when you are evading the truth,” she writes. Are you feeling this?

“It will take a long time for me to process the rareness of this connection, and the feeling that it’s over. But it’s not over. The changes people create in one another do not go away. The people you grow up with stay with you forever. You made Rookie with us, and its spirit will live on in whatever comes next for us all.”

The website will stay up for the next few months, the shop will stay up until the end of the year, but after that there’s no tangible Rookie — just a feeling.

Tavi’s letter is beautiful and smart and will break your heart. You can read it in it’s entirety here.

Yesterday marked 10 years since I started ye olde blog, Style Rookie. I’m so so grateful for all the opportunities to express myself that have since come my way, and for the audience that’s been there each time. When I was in middle school, I thought I’d never find like-minded people; once that happened, I thought every trip to New York or writing assignment would be the last. Now, I am fortunate enough to get to make a living doing what I love; to regularly soak up culture in NY, where I live; and to have mentors, friends & readers who are constantly changing the way I think. THANK YOU for making it possible. Here are random reflections + a photo for each year, starting with when I copied Comme des Garcons slogan makeup on my face like it was cheek stain. Ages 12-15 by me, 16+ @petrafcollins. In 2008, I thought I didn’t like writing; in 2010, I realized I’d been doing it every day for two years; in 2018, it’s how I know who I am. In 2006, when my dad came home from New York with a ticket stub from The Producers on Broadway, I examined it in awe; now, I get to see theater regularly and even be in it. It’s a completely different way of experiencing time from writing or working on the internet, and I love having all three. Until recently, I thought I knew what made someone a “real” writer, editor, actor, CEO, and that I wasn’t one. Now, most sects of media/entertainment have been so shaken up by technology and by #MeToo’s examination of power that the gatekeeper archetype and old markers of success feel pretty outdated. This is thrilling. In 2008, the fashion industry was worried blogs would replace magazines; by 2018, the real threat turned out to be social media. In 2011, I saw @rookiemag as a response to most mainstream teen and women’s magazines; in 2018, I’m more worried about technology. I’m also deeply thankful that the Rookie community has proved that a mission-based, audience-first philosophy has more longevity than clickbait. And I can’t wait to be able to share Rookie’s next manifestation with you. I used to have trouble smiling in photos; this is still the case. From ages 11-20, I was a person; at 21, I am a defaced subway poster for Young Sheldon.