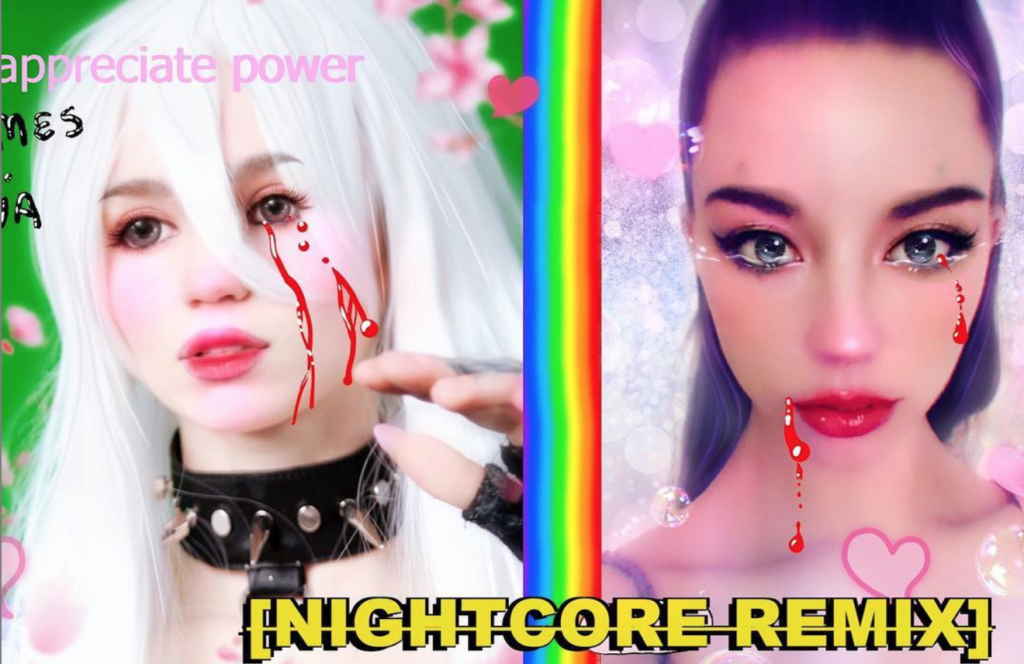 Grimes has just issued a nightcore rework of her A.I. anthem ‘We Appreciate Power’, because of course she has. Not just because nightcore, as a genre, sounds like the soundtrack to every gaming arcade in Shibuya, but because she did actually give shouts to the genre when she named a speedy remix of ‘Flesh Without Blood’ as her personal fave.

And the nightcore sound suits Grimes’ vibe to the bone — it’s an internetty, early 00s thing that is cute but also blitzes your insides. It came about when some Norwegian DJs became popular for their pitched up edits of popular tunes, but had a bit of a revival on Soundcloud in the last five years via Manicure Records and PC Music. but who cares about the facts when you have turbo grimes to get you through the week/year/life: