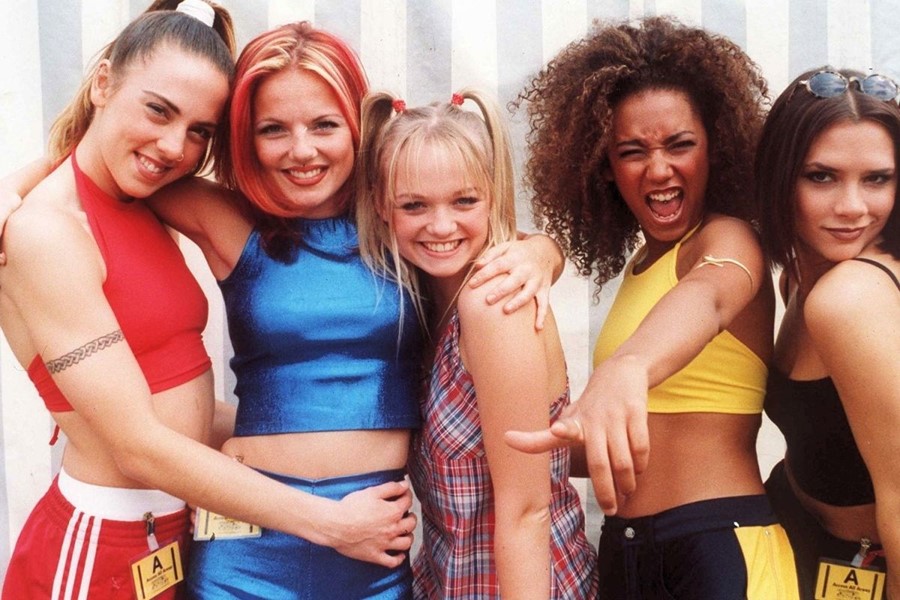 If you were alive in the 90s and not a total asshole, you loved the Spice Girls — even if you didn’t want to admit it. I, for one, was a diehard fan (they were the first concert I ever went to) and a total Sporty. But I always had a soft spot for Ginger, and was heartbroken when she left the group. Of course, there were always tons of rumours as to why she bailed, my favourite of which had to do with the fact that she and Scary Spice were a thing, and had a bad breakup. Even when the band didn’t make it past Y2K, that story did, with pretty much everyone praying it actually happened.

Well, guess what? It did — at least, according to Melanie B. In a new interview with Piers Morgan, the interviewer asked the singer, “Did you or didn’t you with Geri Halliwell?” Acting coy, Mel answered that she’d slept with all the Spice Girls (girl power!), but “not like that” (bummer), and when Morgan pressed her, she eventually smiled and nodded.

“She’s going to hate me for this because she’s all posh in her country house and her husband,” she said. “But it’s a fact. It just happened and we just giggled at it and that was it.”

According to a source, it was the mid-’90s, after the band moved into a house in Maidenhead in England. That was the night Scary and Ginger Spice (two) really did become one.

“It was just that once,” Scary continued. “And hopefully when Geri gets asked that, which hopefully she will after this, she won’t deny it. Because it was just a fun thing.”

Mel C, aka Sporty Spice, for her part, said she never knew about the steamy affair. Sitting in the audience she said,”This is all news to me,” after which Scary replied, “Oh, whatever Mel.”

But that’s not all. According to another source (who are all these people, by the way?), Scary quickly started to panic after the show. Worried the news would upset Geri’s husband and “cause serious issues,” she immediately called Ginger to let her know what she’d said.

“Since marrying Christian, Geri has worked hard to shake off her old playgirl image and sort of reinvent herself as this perfect Stepford Wife,” said the anonymous person who seems to know a little too much about the Spice Girls and their post-’90s antics. “Mel immediately rang Geri to try to repair the damage.” Luckily for her, friendship never ends.

But I mean, it was the 90s, and they were just two power girls who needed some love (like they never needed it before). Hopefully Geri’s husband will understand that — and that this won’t squash our chances of another Spice World reunion. Though, if it does, and Ginger’s hubby leaves her, maybe her and Scary can rekindle. It’s what we all really really want.